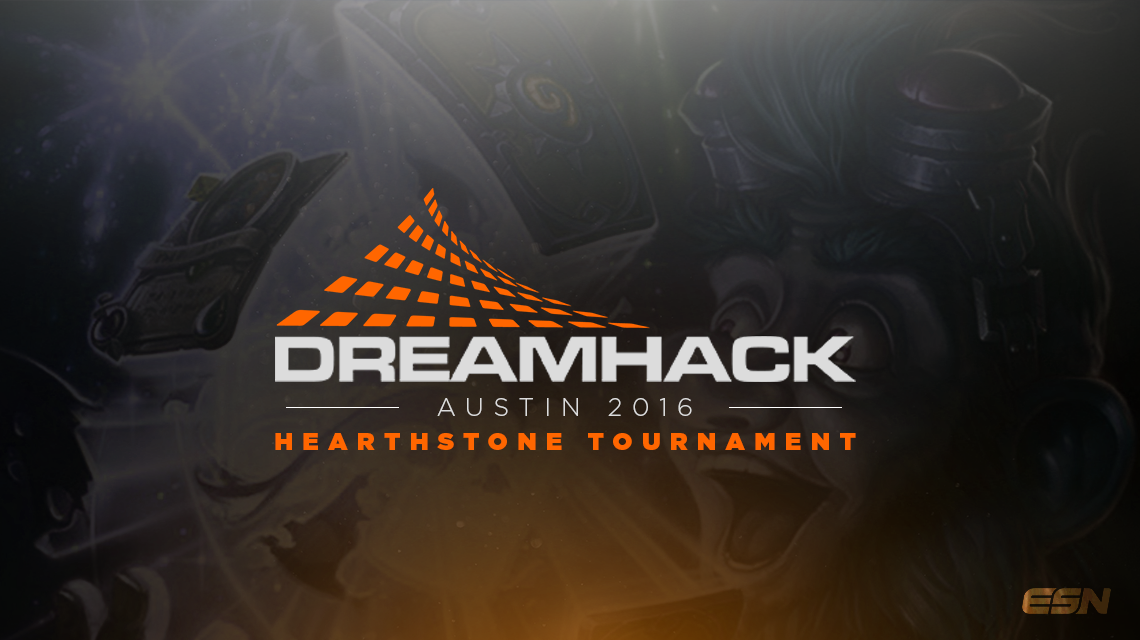 Last weekend, the Hearthstonescene saw the undertaking of one of the most stacked tournaments inrecent memory. With over 30 well-known players all vying for theirshare of the $27,500 prize pool and Championship Tour points,Austin, Texas was sure to see several intense and high levelmatchups.

However, with the most recentexpansion, Whispers of the Old Gods, as well as the introduction ofstandard to competitive play, there were sure to be upsets andshake-ups throughout the bracket. These shakeups would then surelyaffect the world rankings, and with time winding down untilBlizzCon, DreamHack Austin was sure to set the stage for the waythat standard would play out in the coming months.

The tournament was held in anine round, Swiss format, with the top 16 players after round nineadvancing to bracket play. Many of the scenes top players includingTeam Archon’s Zalae and Orange, Complexity’s SuperJJand Dignitas’ Chakki, made it past the preliminary roundsinto the second day and elimination play.

With these and other top playerswell represented, it seemed as if the world ranking would beholding steady at least for the weekend. But perhaps the mostpolarizing statistic was the abundance of American players in thetop 16. With such a large tournament happening on American soil,the representatives of the red, white and blue made up over half ofthe top 16 bracket. This just continues to fuel the flames for theregional rivalry within the community, spurring even better playwith even more pride at stake.

The tournament operatedessentially without too many rules, given the lack of a staticmetagame. However, a couple particular archetypes shined brighterthan others. For instance, many of the top 16 players brought someiteration of a Warlock Zoo deck to the tournament. This deckthrives on heavy minion presence and the ability to contain youropponents minions entirely. Other archetypes such as Paladin andWarrior control, decks based around stalling the game until youhave a guaranteed win condition, were also popular.

There were also rather off thewall decks which performed well and were incredibly entertaining.Perhaps the most obvious example of this was the inclusion of aparticular Druid deck from Frenchman Tars. The deck revolves aroundsummoning completely random minions and cycling spells until a wincondition is found or until Tars could play the late gamepowerhouse of Yogg-Saron. Thus, while certain decks did have morerepresentation within the tournament, there is still not a setmetagame, leaving the creation of decks and strategies up to theplayers themselves.

Excluding some of the moreentertaining decks from tournament play, the top 16 bracket stillproved to be exciting as a stand-alone event. A relatively unknownplayer to those not from the Americas had a run through thebracket, defeating tough competition along the way after achievingthe tournament’s top seed with a 8-1 record in the nine preliminaryrounds. His name was TerrenceM, and throughout the tournament, hesaw success using a Patron Warrior deck, which was not seen much atall in the top 16.

From the other side of thebracket, a seasoned competitor in Dignitas Chakki was constructinghis own run through the bracket, besting Team Hearthlytics fr0zenand Chinese player Payton. However, Chakki has been plagued with a“second place curse” and while it seemed as if he wason quite a run, skeptics still questioned whether or not he couldactually finish with a title.

The final between the two lastedall five games and left Chakki without his curse, emergingvictorious over TerrenceM by a margin of 3-2. This netted Chakki 15Championship Tour points and TerrenceM 10. This will make it easierfor Chakki to continue competing at an astounding level, and alsoallows TerrenceM to try and make a name for himself in thecompetitive Hearthstone scene.

With DreamHack Austin complete,it will be interesting to see specifically what direction themetagame will take heading towards BlizzCon in November.Specifically, will Control and Zoo decks still hold their place asthe most viable decks at the top level or will new strategiesovertake them? One thing is for sure; with so many great players inattendance, DreamHack Austin definitely lived up to thehype.

Were you in attendance for thisevent or watching from home? Let us know by commenting below ortweeting us @GAMURScom.