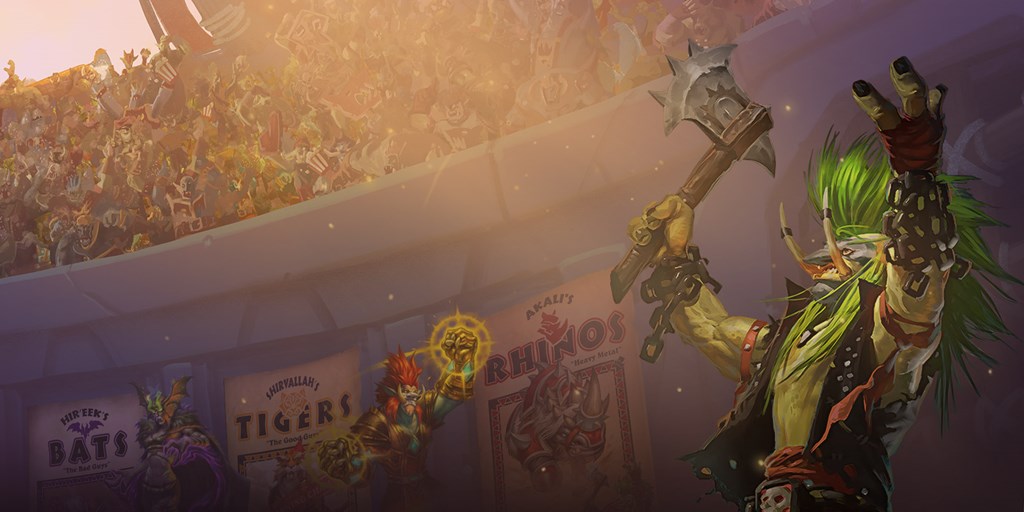 As the Rastakhan’s Rumble meta continues to shape up, a few heavy hitters have emerged. With the start of any new expansion, players are eager to dump dust into the best new cards.

However, sometimes this results in a player spending dust on a card that ends up being useless once the meta has settled. This means crafting cards early during an expansion usually isn’t considered a safe move.

Players who have been hoarding their dust will be pleased to know these contenders are now considered safe to craft, as they won’t be falling out of meta anytime soon.

Anyone who spent any time at all playing ladder this week have no doubt had a run-in with Zul’jin. Spell Hunter and Beast Hunter have both seen steady play on ladder this week and for good reason. These decks are strong on their own, but Zul’jin makes them insanely good.

Zul’jin is a 10 cost Hunter hero card with a Battlecry that causes you to cast every spell you’ve played so far with targets chosen randomly. He also causes your hero power to deal two damage to anything you want and gives you a healthy five armor.

New iterations of Spell Hunter have been absolutely dominant on ladder this week and Zul’jin is a big reason for that. Many versions of the deck on Hearthstone Replay have over a 60 percent win rate. It’s safe to assume Zul’jin will be a mainstay in nearly every hunter deck going forward this expansion. If you’re a Hunter player, consider him well worth the 1600 dust.

This card’s effect is where the fun begins for Paladin players, however. With base stats of 7/5, Shirvallah has Divine Shield, Rush, Lifesteal, and costs one less for each mana point you’ve spent on spells during that game.

This means Shirvallah will probably be close to free so long as you play him near the end of the game. Not only does Shirvallah add end-game value to Odd Paladin, but he also brings with him the resurrection of Exodia Paladin.

Once you’ve cast Holy Wrath, it will cause you to draw a card and deal damage equal to that cards mana cost. Since Shirvallah is the only card in the deck at this point, you’ll be spending five mana to Holy Wrath your opponent for 25 damage. Shirvallah! Obliterate!

Mage players have been hard at work figuring out various ways to get value out of Jan’alai, the Dragonhawk. This seven cost 4/4 has a Battlecry that allows you to summon Ragnaros the Firelord as long as your hero power has dealt at least eight damage so far. Ragnaros can’t attack, but is a beefy 8/8 who deals eight damage to a random enemy at the end of your turn.

Jan’alai has seen a lot of play early on in Odd Mage, but that deck begins to struggle against infinite control decks like Taunt Druid. Many Mage players decided to try finding new decks that Jan’alai can call home. Thankfully, Jan’alai is so good she works in nearly every mage archetype right now.

Throw the Dragonhawk in Big Spell Mage and you’ve got extra board clear and extra value. Put Jan’alai in Tempo Mage and you’ve got a way to remove threats and chunk more damage to your enemy’s face. If you’re a mage player, Jan’alai is definitely a safe craft, as it just does more than most cards who can fill that slot.

This card may not look as flashy as the others on this list, but it definitely has earned the label of safe craft for Warlock players.

Soulwarden is a six cost 6/6 with a Battlecry that lets you add three random cards you discarded this game to your hand. If you’ve played a lot of Warlock in the past then you know how soul crushing it can feel to discard something you truly needed.

Many essential Warlock cards like Doomguard and Soulfire force players to discard cards from their hand at random. This usually meant you didn’t play these cards unless you had no hand, or had something in your hand that wasn’t important in the match-up.

With the addition of Soulwarden you can play a bit more recklessly and throw caution to the wind. As long as you have one Soulwarden in your deck you don’t really have to worry about what’s being discarded, because odds are you’ll be getting it back.

This card has made Discolock and Cubelock very powerful again and has even changed their playstyles. Since you don’t have to worry too much about Doomguard wiping your hand, it’s easier to go face with it and attempt to rush your opponent down.

Soulwarden will more than likely be in every Warlock deck going forward, with the exception of Zoo due to its focus on low cost minions.

There are a number of good cards that are performing well in the expansion that aren’t quite considered safe crafts due to the types of decks they’re in.

Da Undatakah is a great card, but so far there’s only one good deck he is playable in, Taunt Druid. For this reason, unless you want to play this deck specifically, you probably shouldn’t craft him just yet. A few other cards in a similar spot are Bwonsamdi, the Dead for Priest and Captain Hooktusk for Rogue.

It’s important to remember we are still early in the expansion so, as always, you should craft with caution.