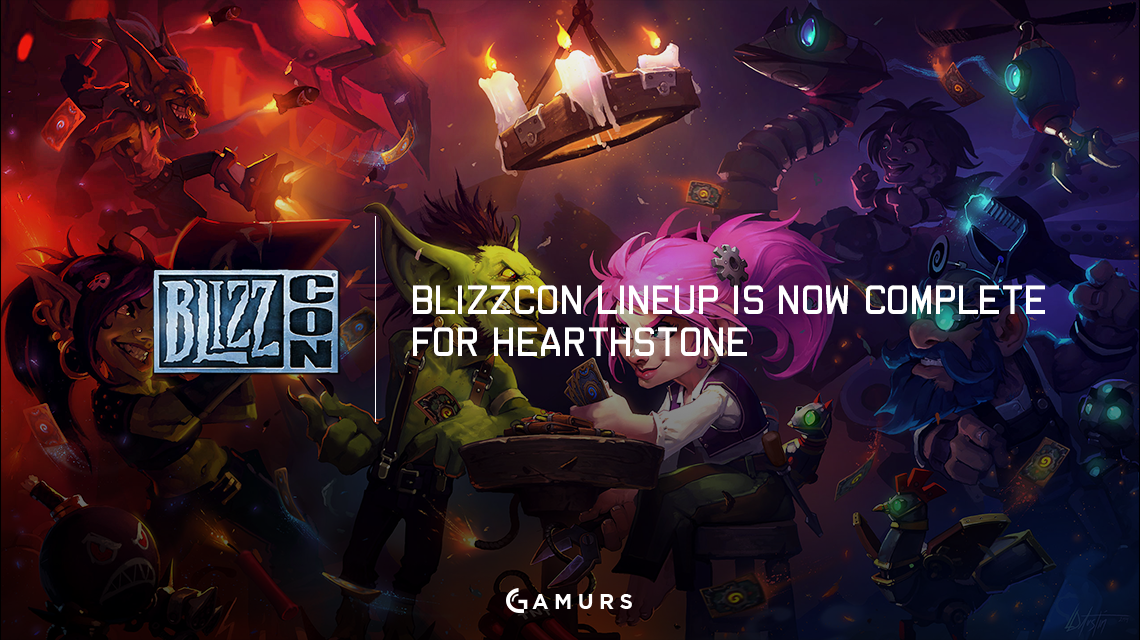 After an exhausting year of constant tournaments and ladder climbing, the players who will have a shot at the World Championship are now set in stone.

This Saturday, in the Last Call Invitational for the Americas, Hao “Bbgungun” Li from the United States managed to win the last spot, sending home favourites like Muzzy and Fr0zen. Bbgungun managed to win in the grand finals against SilentStorm, securing his spot at BlizzCon.

The fights are expected to be intense on both sides, as the prizepool of $1 million is one to give your all for. The group stage is bound to start in about a week on Oct. 26. This event is stacked up with both already established names, but also with unknown names, which are not to be underestimated. You can see the competitors from each region below.
Europe:
ThijsNL
Pavel
Naiman
DrHippi
Americas:
Cydonia
Amnesiac
HotMEOWTH
Bbgungun

Who do you think is going to be the next World Champion in Hearthsotne? Let us know in the comments below or on twitter @GAMURScom