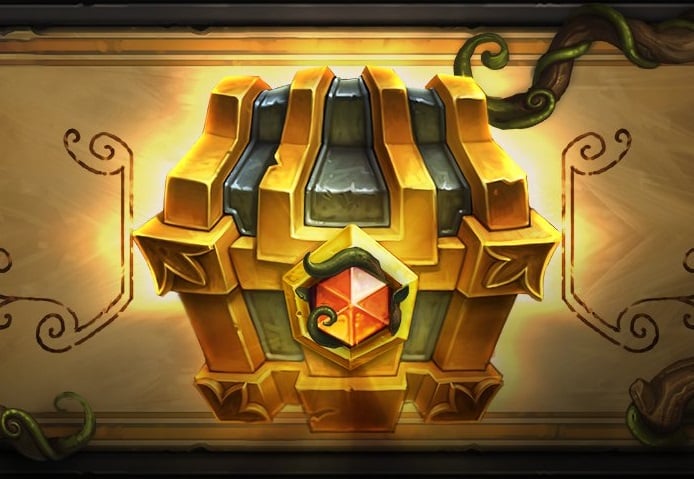 In an attempt to invigorate a competitive scene around Hearthstone’s Wild mode, Blizzard is staging a $25,000 open tournament for the ladder’s top players. But with the rules announced at the last minute, some are worried they will miss out.

Wild, the format where all cards are legal rather than just those in the current annual rotation, has generally been considered secondary to Standard in Hearthstone since the introduction of the formats last year. This is mostly due to Standard being the road to qualification for the Hearthstone World Championship.

But Blizzard has said it wants to change that. Earlier this month we had the Wild Heroic Tavern Brawl, and now the Wild Open will reward those players at the top of the Wild ladder with a chance at $25,000.

The tournament was first announced on April 29, with a simple tweet stating that the top 64 ranked legend players would qualify. Despite questions after the announcement over ladder eligibility, Blizzard maintained radio silence until yesterday when the official rules were announced.

In the official rules, players are told that they can only qualify through a legend ranking on the server designated for their home country. That means that for European players only their ranking on the Europe ladder will count, for example. This is different from the Hearthstone Championship Tour, where only your highest ranking each month from any of the three servers will award HCT points.

This angered a number of players, particularly those in New Zealand and Australia. Those players often play on Americas, but for the Wild Open their rankings on Asia is all that will count. It also disadvantages any player who plays on a different server as a matter of course, or tried to rank on multiple servers to increase their chances of surviving end-of-season volatility.

Worst of all, if you’re a player who focused on only one server, and it’s not the one you are eligible for, because of the late rules announcement you have just eight days left to try and make up for lost time. The climb to top legend is difficult at the best of times, but when going from a standing start three quarters of the way through the month it’s nigh on impossible.

While the support from Blizzard for the Wild format has been generally welcomed, across the community there’s a sense that it’s something of an afterthought.