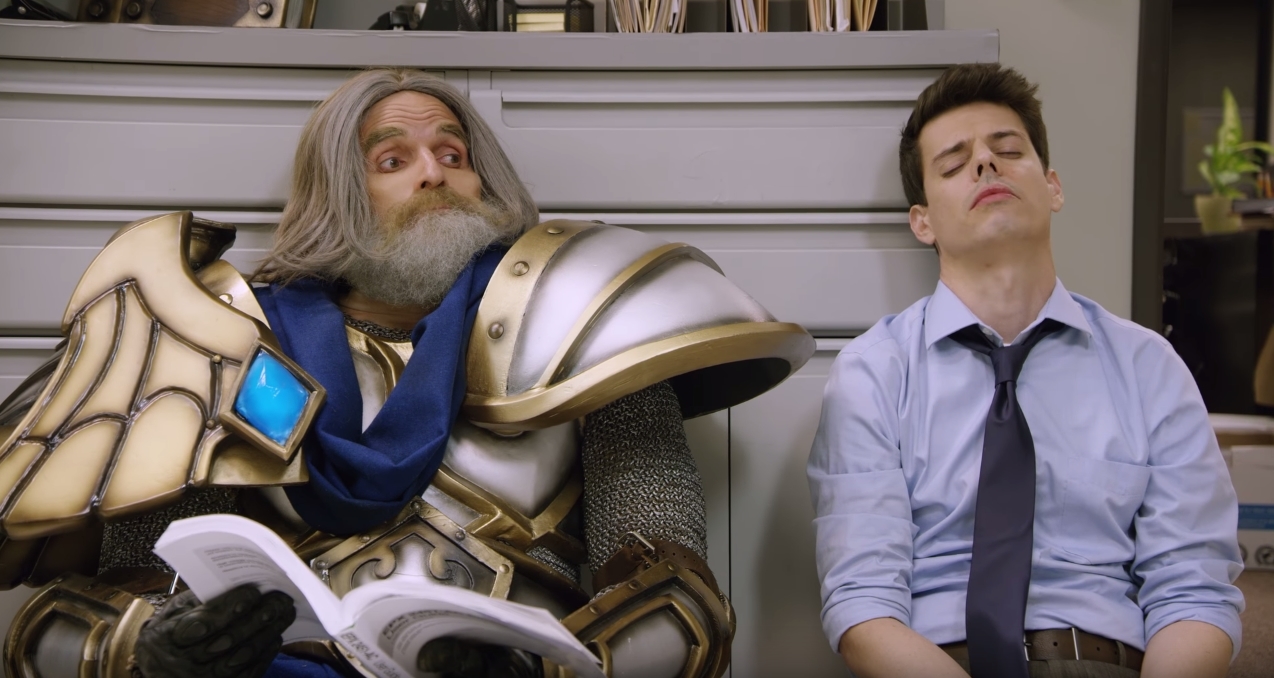 Hearthstone is coming up for four years old, and the game has done pretty well. Okay, that’s an understatement—with 70 million players and millions of dollars worth of esports competition, it’s exceeded all expectations.

In a game like Hearthstone, with a free-to-play model and mobile-focus, developer Blizzard has used aggressive marketing tactics to attract new players. The company often looks to appeal to the (incredibly lucrative) casual gaming market, and often uses funny video ad campaigns to do so. But what’s truly remarkable about these campaigns is just how remarkably unfunny they are.

The latest video is no exception. Ominously labeled as the first episode of a new series called “Mulligans”, the video sees an office worker attempt to make his printer work (we’ve all been there right guys?) with the assistance of Uther and Gul’dan.

The cosplay might be on point, but that’s about as far as we can go with positivity. Clocking in at just over two-and-a-half minutes, there isn’t a solid joke to be found. From Uther’s obsession with the user guide, to a further error caused by “playful sprites”, the whole thing is just wildly unfunny.

The thing is, the misfire shouldn’t be a surprise to anyone. This is an attempt at comedy from the company that brought us “guac boy,” a horrendous advertising campaign for the game from late last year.

In the “guac boy” video—and other similar videos—people in the real world agree to settle their conflicts via a game of Hearthstone. Inexplicably, they ask each other to “take it inside”. The innuendo of that line, which doesn’t seem to be intended, is about as funny as they get.

Now, not everything ever produced for Hearthstone has been horrendous. In 2015 a series of adverts themed around the Grand Tournament did have some genuinely funny moments. Sadly that’s the exception rather than the norm. Even the addition of Community star Danny Pudi couldn’t elevate this year’s Journey to Un’Goro skits beyond basic slapstick.

If you’re starting to feel sympathy for the marketing team of a multi-billionaire dollar company, don’t. These are all just too awful. The guac boy videos in particular provoked a lot of negative reaction from the community, but at least those videos weren’t really for existing players.

With this new effort, it’s not even really clear if this is about content for the existing community or new players. It’s hard to see it satisfying either.