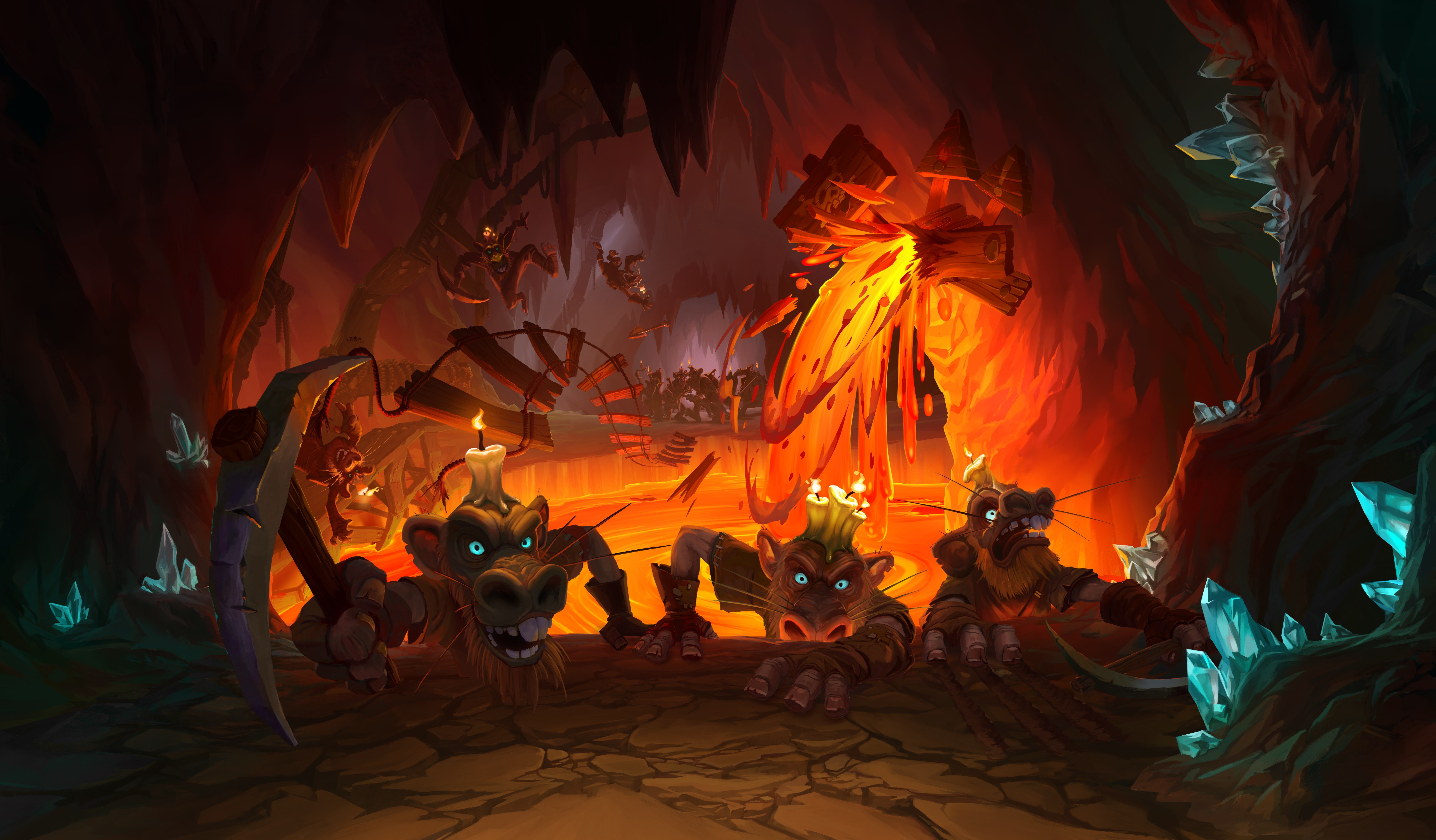 Fiery War Axe used to be the quintessential two-mana card in every Warrior strategy. The weapon provided teeth to aggressive strategy and supported slower ones. With the Hearthstone card’s nerf earlier in the year, the two-mana slot in Warrior builds is noticeably weaker.

Will Bladed Gauntlet from Kobolds and Catacombs be powerful enough to fill that void?

Bladed Gauntlet derives its power from armor gain synergies throughout the class. Drywhisker Armorer and Unidentified Shield are recent reveals that reinforce this strategy, but really just a Shield Block or Hero Power can make this worth the cost. Warrior certainly isn’t lacking in ways to buff this weapon’s attack.

The fact that Bladed Gauntlet can’t attack heroes limits its versatility. Where Fiery War Axe found homes in both aggro and control decks, Bladed Gauntlet looks to be a pure control card. The Control Warrior uses his armor to control the board and buys time to reach a late-game finisher. This weapon may certainly see play, but won’t be the automatic turn two play of previous formats.

Kobolds and Catacombs will be released on Dec. 7.