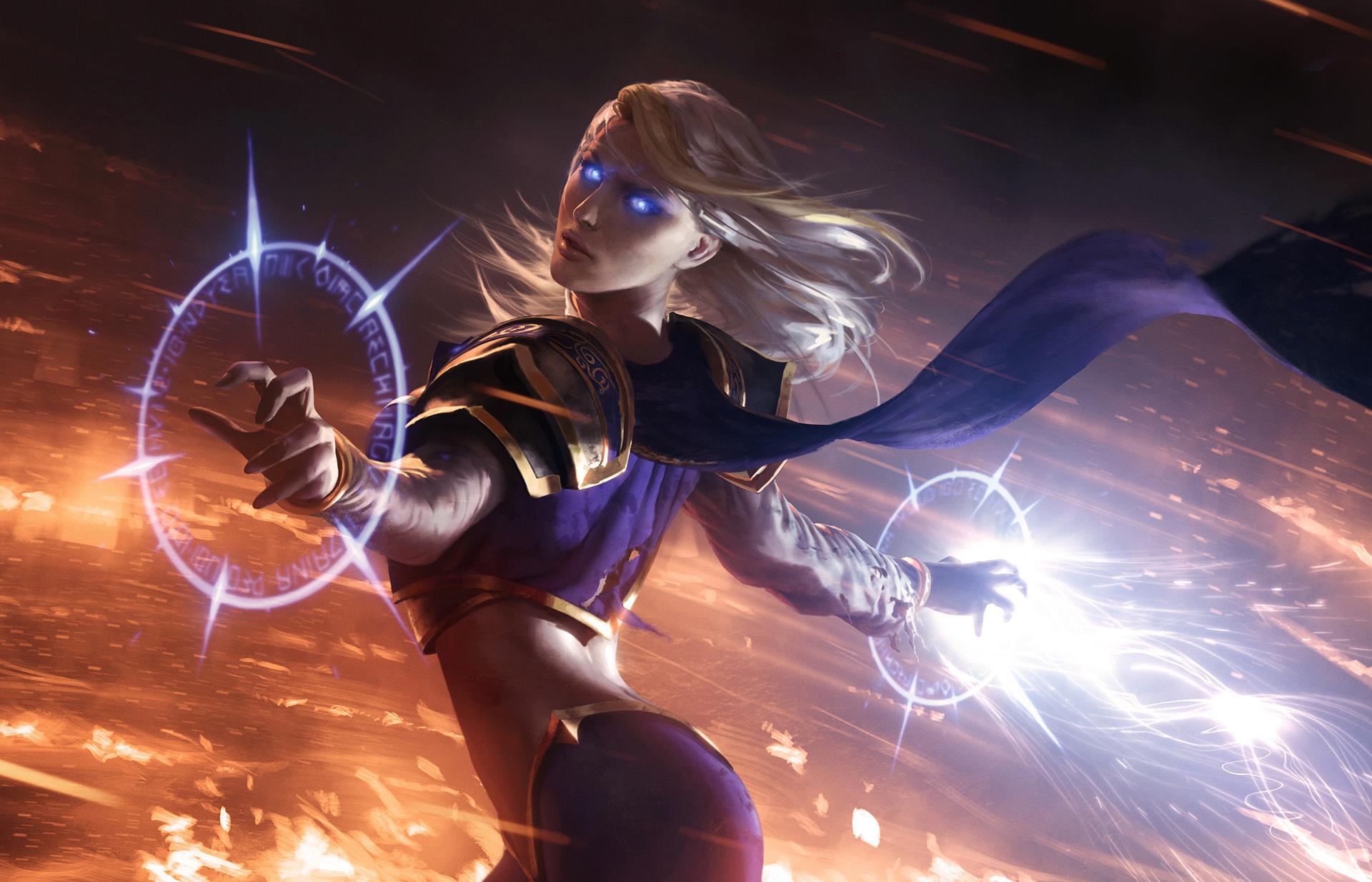 If you’ve frequented the competitive ladder on Hearthstone recently, you’ll no doubt have played against a ton of Hunters.

Spell and Secret Hunter are two very similar decks that are both currently the most played decks in the game, and for good reason.The new Hunter Hero card Zul’jin has one of the strongest tempo-swinging card affects in the game.

Zul’jin allows players to recast every spell they’ve played previously in the match. Combine this with the fact that Hunter has some of the best Secrets in the game and you can see why these decks are so popular.

Fortunately for you non-Hunter players out there, Hunter isn’t the only class with a successful spell-slinging deck. A classic Mage archetype has resurfaced thanks to the overwhelming amount of aggro decks on ladder, and it’s a deck that has the potential to dominate Hunters if played correctly. Here is everything you need to know to dominate any aggro deck (including Spell/Secret Hunter) with Big Spell Mage.

BSM is a control deck that requires a lot of patience to learn. The deck focuses on a number of high cost/high value win conditions that all take place in the late game, so the majority of the game will be spent attempting to hold your opponent off.

In order to do this your deck is packed with early game defenses and board clear. Your first few turns will be spent playing cards like Stonehill Defender, Tar Creeper, and Arcane Keysmith.

All of these cards can be used to create space between your opponent’s early board and your life total. The theme of this deck is to ask yourself constantly what your opponent can do on their next turn that kills you, or brings you closer to death. These minions save face early on, and give you time to draw into your big board clear spells so you can start making major tempo swings.

Those big board clear spells come in the forms of Dragon’s Fury, Blizzard, Meteor, and Flamestrike. You’ll also be running Polymorph and Zilliax, which can help with board clear, but these are only single card removal options.

By mid game, against decks like Secret or Spell Hunter, the opponent has usually amassed a board of minions. Dragon’s Fury is a great option for clearing minions with bigger health, because its damage is based off of the cost of a random spell in your deck. Since your deck doesn’t have any spells that cost less than four, this means you’ll always be doing at least 4 damage, but usually it’s closer to six.

Something to keep in mind specifically for the Secret Hunter match-up is that many of your opponent’s minions are summoned when you trigger their secrets. A fantastic way to slow secret Hunter down is by choosing not to attack when they have secrets in play. Since the BSM win condition revolves around late game, you don’t really have to worry about dealing early game damage to your opponent. This gives you the option to not attack and as a result to not trigger their secrets.

Eventually you’ll want to try to attack and trigger as many of their secrets as possible in one turn. After doing this, you can use board clear to wipe out any minions that they may have summoned thanks to the secrets you triggered.

Keeping this strategy in mind, you’ll want to stall until you draw one of three win conditions. These are Jan’alai, the Dragonhawk, Dragoncaller Alanna, and Frost Lich Jaina.

The Jan’alai win condition is similar to how the card is used in Odd Mage. Jan’alai is a seven cost minion with four attack and four health. The card has a battlecry that allows you to summon Ragnaros the Firelord provided your hero power has dealt eight damage so far in the game. Ragnaros is an 8/8 elemental that can’t attack, but deals eight damage to a random enemy each turn.

The idea is to clear your opponent’s board the turn before you drop Jan’alai so that Ragnaros will be dealing eight damage directly to their health. Also remember, if you use Jan’alai after you’ve already activated Frost Lich Jaina you will be healed for any damage dealt by Ragnaros.

Dragon Caller Alana is one of the deck’s other base win conditions. She is a nine cost 3/3 minion with a battlecry that lets you summon a 5/5 dragon for every spell you’ve cast in the game with a cost of five or higher. As long as you drop Alanna late in the game, this usually results in a board full of 5/5 minions. By this point in the game, Hunter (and most aggro decks) won’t have anything to answer such an overwhelming board. This frees you to smash their face with your newly-formed dragon army.

The deck’s last win condition comes in the form of Frost Lich Jaina. For anyone who has played Mage since The Frozen Throne expansion, Jaina will be a familiar face. Jaina is a Mage Hero card that cost nine mana to play. Once on the field, Jaina summons a 3/6 Water Elemental and transforms your hero power so that it now summons a Water Elemental anytime it is used to kill a minion. She also gives your elementals lifesteal.

With this win condition the idea is to heal so much and so consistently that your opponent either runs out of cards or loses to your army of elementals before then. This is another win condition Hunter usually has no answer for. Usually, hunters will drop the Rexxar Hero card and attempt to craft custom beasts that they can use to overwhelm you before they run out of cards.

Thanks to the healing from your elementals, this usually isn’t an issue. Keep in mind the fact that your elementals also freeze what they attack, so this gives you the ability to trade into their big beast and keep them from smashing your health.

Big Spell Mage is a deck that is based off of surviving your opponent’s onslaught until late game. For this reason, it performs better against Secret/Spell Hunter, which both rely heavily on the triggering of secrets in order to make tempo swinging plays against your opponent. BSM removes the need to attack early on and allows you to dictate when you trigger your opponent’s secrets and how you respond to them.

BSM is a fantastic choice for any Mage player who is sick and tired of the constant wave of Hunters that seem to be dominating ladder since the recent card changes.

If you can afford the deck, make sure to give it a try.