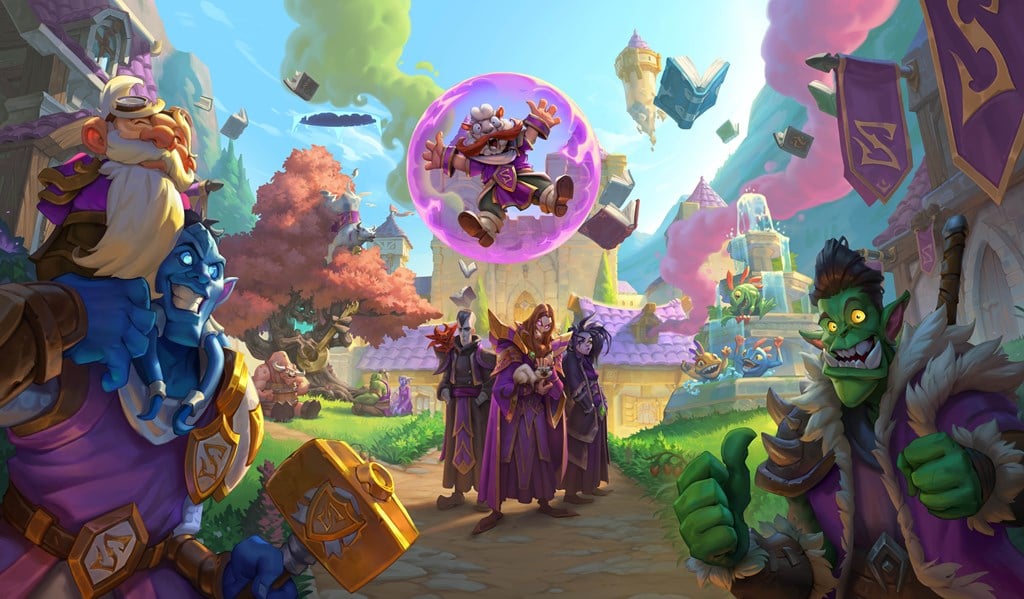 The Year of the Dragon has been an exciting one for Hearthstone fans. This year, Hearthstone gained a new class, dual-class cards, new events, and a variety of fresh keywords. Each expansion has continued to shake up the game, giving players a reason to log in and start theory-crafting.

In January, players saw the release of the Galakrond’s Awakening expansion. This set brought a new spin to Hero cards and created the Galakrond deck archetype. Later this year, in April, the Ashes of Outland expansion went live and introduced the Demon Hunter class. From this point onward, 2020 became one of the most interesting years for Hearthstone due to the introduction of its first additional class.

Now in the latter half of 2020, players are enjoying the new Scholomance Academy expansion. With Scholomance Academy, Hearthstone was even more shaken up by the introduction of dual-class cards. These are class cards that are shared by two classes, the majority of which are interesting and powerful.

So much has happened in Hearthstone this year that it can almost be difficult to keep track of it all. If you’re someone who’s out of the loop and considering diving back in, then you’ll probably want to know which classes run the show these days.

Here are our picks for the top three classes of October 2020.

As far as Hearthstone is concerned, there’s never been a better time to become a knight in shining armor. With the launch of Scholomance Academy, the Paladin class has seen one of its most dominant metas in history.

Those who have played Hearthstone for some time might recall the days of Odd and Even Paladin. These two decks essentially dominated the entire ladder. The Odd and Even archetypes were so powerful that they were sent to Wild early. Paladin’s current state is reminiscent of this time due to the sheer dominance it exerts over nearly every other class.

Luckily for all non-Paladin players out there, what makes the current state of Paladin different from the Odd and Even era is the viability of the other archetypes in the game. During the days of Odd and Even Paladin, it felt like you had to play against the class every game. Even though Paladin’s Libram and Libroom archetypes are incredibly strong right now, they don’t feel nearly as frustrating to play against as Odd and Even used to.

Whether you enjoy the Paladin class or just want to play something strong, Libram and Libroom are both fun decks. You can check out Libram Paladin below or take a peek at the Broom variant here.

Copy this code to use this deck in Hearthstone:
AAECAZ8FBJuuA/y4A4TBA8PRAw3cA5yuA8q4A/24A+q5A+u5A+y5A8rBA57NA7/RA8DRA8rRA+DRAwA=

Hunter is arguably one of the easiest classes to play but one of the hardest to master. It’s having an outstanding time this month, as it has for the majority of the year.

Prior to Scholomance Academy going live, Highlander Hunter and Face Hunter were both already seriously strong. After the initial launch period of Scholomance Academy, both archetypes were still good but weren’t what you might call top-tier.

After a series of nerfs to other archetypes, such as Guardian Druid, Hunter has surged back into the limelight. Now that Scholomance Academy has been out for a couple of months, players have taken the time to refine the Face and Highlander Hunter archetypes. And just as they have all year long, both decks are a force of destruction in their refined form.

If you enjoy long games of Hearthstone that almost feel like solitaire, give Highlander Hunter a shot. Decks using the Highlander Archetype can’t have duplicate cards. For this reason, each match usually lasts longer and feels like its own unique puzzle.

If you prefer semi-mindlessly blasting your opponent’s health away each turn with a host of Beasts and an enhanced Hero Power, Face Hunter is the deck for you. Though Face Hunter is always known as a bit of a meme deck, it can be seriously devastating, particularly against slower decks.

On top of having two stellar archetypes right now, Hunter’s Hero is set to take on the next chapter of Hearthstone’s Book of Heroes. October is a great time to be a Hunter player.

Copy this code to use this deck in Hearthstone:
AAECAR8C2wmHsAMOqAK1A4cE/gyfpQP7rwP8rwP/ugPczAObzQOizgOC0APG0QO50gMA

Though you could argue this spot could also go to Rogue, that stealth class hasn’t been as successful as of late compared to the early days of Scholomance Academy. A class that’s risen up the ranks to prove itself, however, is the Demon Hunter.

As we get deeper into Scholomance Academy and the list becomes more refined, Demon Hunter is taking its power back. Though the class may not be as dominant as it originally was on release through its aggro archetype, the new Soul Fragment mechanic is making waves.

Soul Fragments are used by Warlocks and Demon Hunters as an extra currency that cards force into their deck. Other cards do things based on the number of Soul Fragments you have in your deck. Soulciologist Malicia, for example, has a Battlecry that summons a 3/3 Soul with Rush for each Soul Fragment in your deck.

With Scholomance Academy, Blizzard put a successful spin on Demon Hunter that’s extremely fun to play around. If you’ve never given Illidan and the Demon Hunter class a chance, now is a great time to start. You can check out a Soul Demon Hunter list below.

Copy this code to use this deck in Hearthstone:
AAECAea5AwTosAPaxgPUyAPP0gMNh7oD17sD4LwD2cYD/MgD/sgD0c0D+84D/tEDzNIDzdID1NID99UDAA==