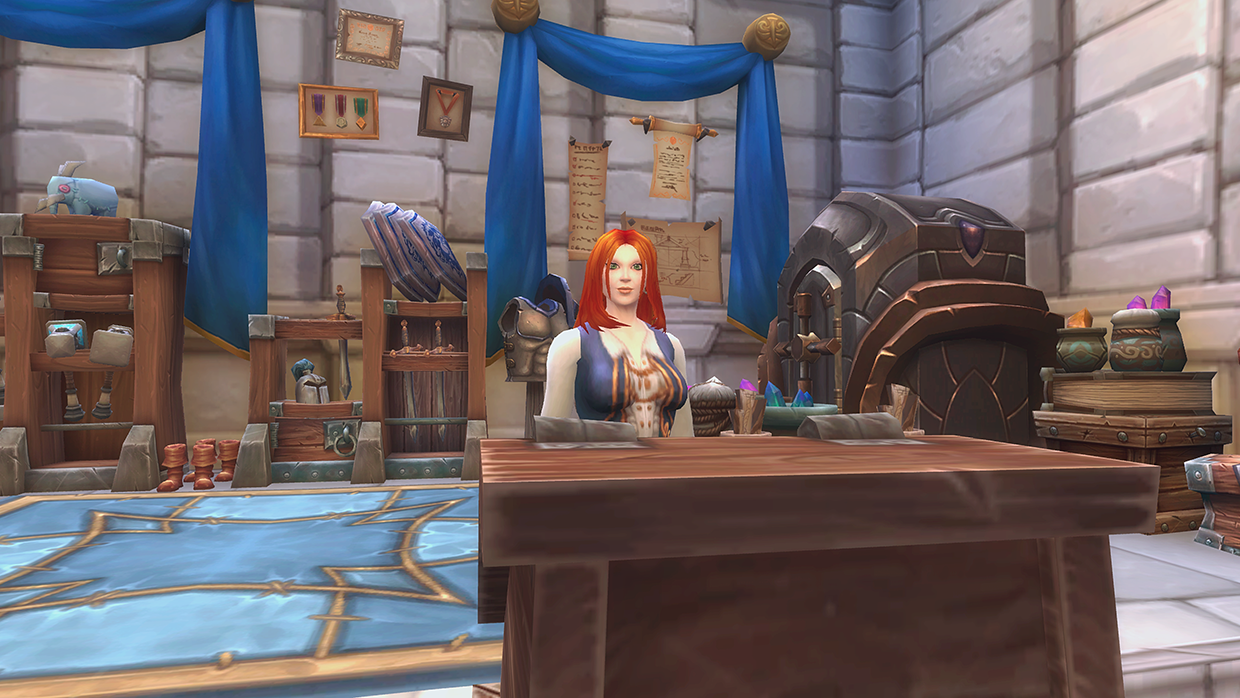 It’s Hearthstone card reveal season and the cards are flowing.

The latest card to join United in Stormwind is Auctioneer Jaxon, a Legendary two-cost Neutral minion with two attack and three health. It reads “Whenever you Trade, Discover a card from your deck to draw instead.”

The card is a nifty, little minion that synergizes with the new Tradeable keyword.

Tradeable cards can be swapped with another card from your deck for one mana, instead of being played for their normal cost.

A few cards introduced to the expansion with this mechanic include Heavy Plate, a Warrior card, Fire Sale, a Mage card, and Impatient Shopkeeper and Rustrot Viper, Neutral cards. But many more Tradeable cards have been revealed over the past few days.

Auctioneer Jaxon, with the right Tradeable cards, could fit into a slower paced control deck. It also has potential in combo decks, giving players more opportunities to fish for the right cards.

United in Stormwind hits the live servers on Aug 3. Stay tuned for more Hearthstone reveals in the days leading up to the expansion.