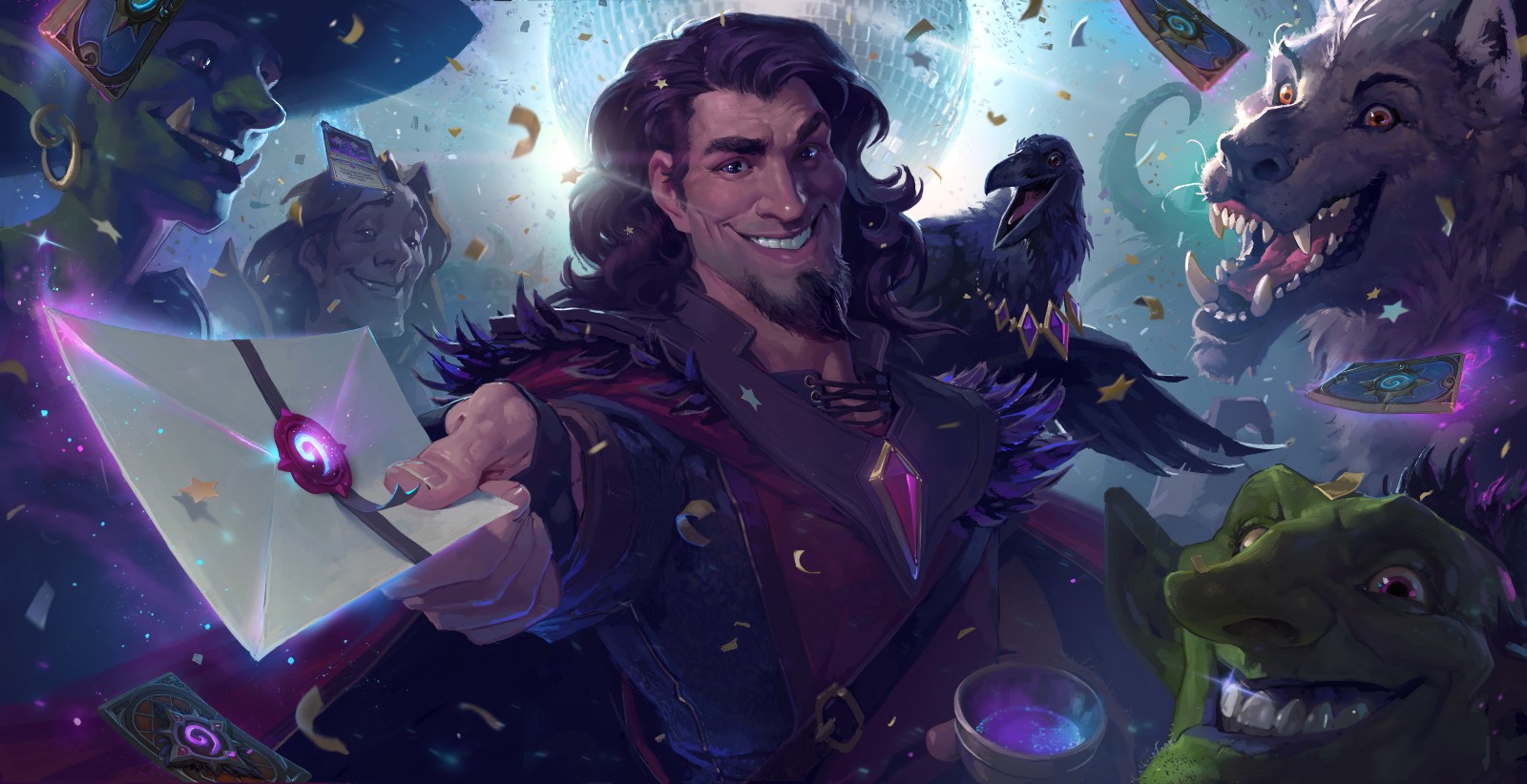 It’s fair to say that the attempt to crowdfund a second edition of Hearthstone’s ATLC team league has been met with a fair amount of skepticism.

According to one of the two main men behind it, Brent “Backspace” Kaskel, the tournament will still happen if it isn’t crowdfunded?—?though he wouldn’t elaborate on how. But asking the community for the money was the best way they could see to deliver what fans were crying out for.

“We have a really cool community that enjoys our content,” Backspace told Dot Esports. “And there’s really not a lot of sponsors in this space anymore.”

Backspace and business partner Jason “Amaz” Chan are seeking over $200,000 via crowdfunding to run a second edition of the popular team competition first called the Archon Team League Championship. The event is now the Amaz Team League Championship after Archon?—?the team owned by Amaz and Backspace?—?shut its doors in September.

The pair claimed after the fact that they were initially prepared to go into massive debt in order to fund the first ATLC. But in the end, sponsors like Amazon and G2A stepped up to fund the event, a bill which eventually ran into the hundreds of thousands. The live finale itself cost $80,000, not including the $250,000 prizepool.

After the finale in late 2015, a second edition was promised for this year. Teams like Natus Vincere conspicuously picked up a three man team, which Backspace says was directly in anticipation of a second ATLC.

But as sponsors turned away from Hearthstone, an event on that scale was never going to be a profitable exercise. Backspace says that he and Amaz “have talked about ALTC probably every week for the past year,” but he was never able to find funding.

The pair tried to get funding from sponsors, or esports organizations involved in Hearthstone, but those conversations also came up dry. So the pair turned to Kickstarter. But they hope that a successful crowdfunding effort will attract further funding for the tournament, and “let non-endemics [sponsors] know that we are running a tournament.”

Alongside the Kickstarter and their attempts to attract new sponsors, the pair are trying to leverage the online communities of Amaz and other streamers. Backspace claims that Amaz has been refunding donations and asking people to instead put them into the Kickstarter. Other streamers like Rumay “Hafu” Wang, Sebastian “Forsen” Fors, Jeffrey “Trump” Shih, and David “Dog” Caero will apparently also be encouraging their viewers to contribute. Backspace didn’t, however, give any indication that any of these streamers would be directly contributing their own money. Apparently fans would be “very surprised how little someone like Amaz or Trump makes.”

The viewership for ATLC broke every record for third party tournaments in Hearthstone, in part because of a star-studded lineup of streamers and pros. But Backspace doesn’t believe that those streamers contributed to the popularity of ATLC. In fact, with the exception of big names like Trump and Forsen, it was the other way round.

Twinge.tv, a service that aims to track Twitch viewership, does show a post-ATLC bump for streamers like Brian Kibler and Haiyun “Eloise” Tang who were relatively new to Twitch in early 2015. But Twinge still shows Kibler pulling in around 2,500 viewers per stream rather than 300. Janne “Savjz” Mikkonen was averaging nearly 6,000 viewers.

All of the streamers mentioned by Backspace had higher viewerships than the numbers he cited, and some, like David “Dog” Caero, didn’t see any significant growth post-ATLC. Backspace also leaves out Cloud9’s Cong “StrifeCro” Shu and Aleksandr “Kolento” Malsh, who were pulling in strong five-figure numbers well before the event.

Many of the high-level players involved, however, were indeed streamers without big followings. This included Thijs Molendijk, Sebastian “Ostkaka” Engwall and Paul “Zalae” Nemeth. So in a number of ways, Backspace is correct: These players were exposed every week to a larger audience than ever before and undoubtedly attracted a bigger audience as a result. Many of those players, like Ostkaka and Keaton “Chakki” Gill, rarely stream if ever, so this popularity bump is impossible to quantify.

All the criticism and online debate aside, one fact remains?—?this tournament may well not get funded. After nine days, the Kickstarter has attracted 85,298 HKD ($10,997) at the time of writing, out of a total ask of 1.6 million HKD. That’s around five percent of the total with only 22 days left to go. In order to reach their goal, they will have to average nearly $9,000 per day.

Though the plan is to deliver the event even if the crowdfunding fails, it’s unclear where the $200,000 will come from if not from the community if sponsorship options have already been exhausted.

ATLC undoubtedly left a major impact on the Hearthstone community, breaking all kinds of records and leaving fans hungry for another edition. But unless things change, and the fundraising plans turn a major corner, the promise of a second installment will go unfulfilled.