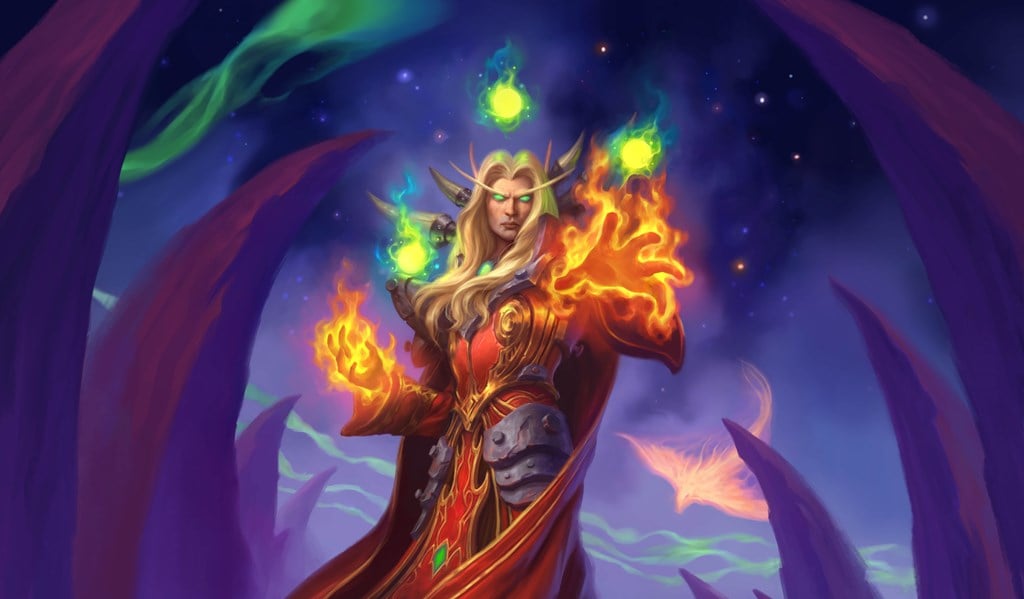 If you’re getting tired of seeing so many new cards already, then you better avert your eyes from all Hearthstone related content for the next two weeks.

The cards keep flowing today and one of the latest is a new Legendary Mage minion.

This is an interesting card, particularly when you consider Solarian Prime’s effect. Most spells in the game that cast random spells usually say “targets chosen randomly.” This time, however, it appears the designers want Solarian Prime to do as much guaranteed damage to your opponent as possible. There’s no worse feeling than getting a Polymorph cast when you use Puzzlebox of Yogg-Saron only to have it land on one of your own minions.

Solarian Prime will likely be a staple in Highlander Mage, but it looks so versatile that it might pop up in a number of archetypes. Mage hasn’t had a ton going for it during the Descent of Dragons expansion, even though it does have a few viable options. If big value cards like this continue to be revealed for Mage, you can expect the class to come out swinging when Ashes of Outland goes live on April 7.