This is the part 2 of my WOG first impressions article. Here you’ll be seeing me going through the cards that were spoiled today (4/21) giving my first opinion on them.

Remember that first opinions are rushed and sometimes they can be wrong, however it is a nice spot to start looking at the cards.

In case you’re looking for part one, it can be found here:

Druid’s Legendary is goddamn amazing. I still don’t know how it works with Transform minions, since they have two different forms (and not buffs), but likely they’re going to transform into more powerful forms.

This guy is good, can combo well with a lot of cards, from

ancient-of-lore, most of Druid’s “Choose one” cards are already playable enough that this can become a must-have addition to mostly all Druid decks.

I loved this card.

This one, not so much. A X/X depending on your total mana doesn’t seem all that amazing if you ask me, sure the versatility can make up for it, but a 10 mana 10/10 isn’t that impressive, and everything else isn’t either. No matter the mana cost this card comes, it is always sub-par.

A very cool version of 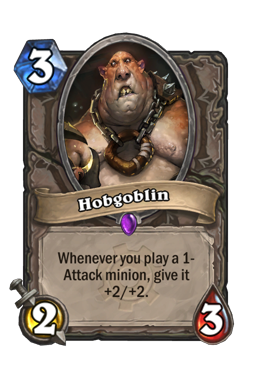 hobgoblin that works with all minions, and not only played ones but summoned ones in general. I like this card, it can sure see play in a lot of different types of Aggro strategy and probably some Token strategies as well. Sure, this sucks when played at turn 3, but the combo potential of this card is simply amazing.

This card is a hell of a sleeper, as nobody noticed how powerful this can be.

A much weaker, yet balanced, version of

piloted-shredder. Make no mistake: this card is good, very good. And the 1/1s are beasts as well, so there is that too! Probably going to see play in most (if not every) Midrange Beast Hunter there is, and likely to see play in some random non-face versions of hunters as well. Very strong card.

Meh. Vanilla minions don’t usually take spots in Constructed decks because they always fall behind minions with abilities, this one is no different. The lack of something makes it semi-unplayable. But that “semi” part is what makes me confused, 5 health is quite a lot for a 3-drop, and it is a beast too! The question is: Can it compete for a 3-drop slot in Hunter decks? We’ll have to wait and see! 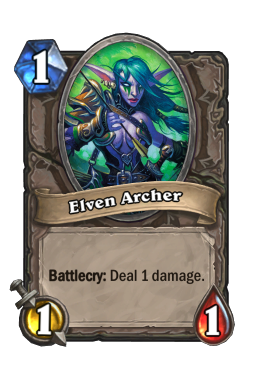 elven-archer just became a beast! I don’t know, but I don’t think Hunters would want to run Elven Archer even if it was a Beast. Sure, there is some cool possible interactions with 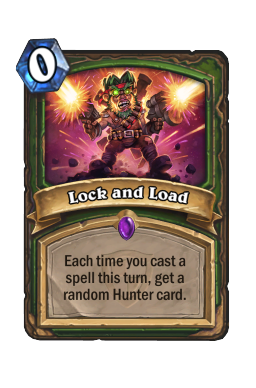 lock-and-load but outside from that, I don’t know if this card will ever see play.

PS: Lock and Load people, take note on this card!

COOL! A nice Beast substitute for

leper-gnome in Hunter decks. Did I just mentioned this is a beast? Sure the effect isn’t quite strong, but once again: Leper Gnome Rattle was just too powerful!

This card has high odds of seeing play simply because there aren’t many 1-drop options for Face Hunter decks, and because the number of Beasts diminished with the drop of

Being a Deathrattle effect rather than a Battlecry sure changes things a lot. This card’s Rattle is very powerful, but will it see play? I believe so.

Despite the Deathrattle making the card’s effect much weaker, this dude’s Health is still pretty low, and it makes sure you opponent loses his whole board whenever he/she kills this. This is obviously a full-Control Mage card, so you’ll only want to run this in Control Decks, and this probably will do nothing against Face Decks, but in general this seems quite powerful against Opponents whose decks aim for board Control and such.

bloodmage-thalnos option for C’Thun mage decks. Thing is, I don’t know if that’ll ever be a thing. C’Thun Mage seems as likely as C’Thun Rogue, which is: extremely unlikely.

Sure, a 3/2 Spellpower seems good enough, it is sure better than 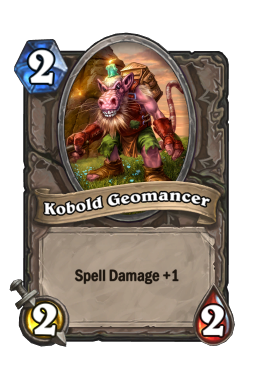 kobold-geomancer so if you somehow want to run Thalnos but don’t have the dust, this looks like a fine replacement even if you’re not running C’Thun on your deck.

A cool weapon for early removal that happens to have some cute interaction with Divine Shield minions. Before I start talking about this weapon, I would like to say that this is playable even without a Divine Shield minion on the board or even on the deck: It is just this good. Then we come to the reason behind it: 3/2 weapons are just too good. They’re likely to always have a use against Aggro decks, from

fiery-war-axe, they’re just too powerful. Sure, Fiery War Axe is the obvious comparison and is light years better, but it is just a Warrior’s staple, and Paladin isn’t likely to get something similar to that, and I believe most Paladin decks will be happy to have this on their deck.

This is just too tiring! Well, let us rest a little before publishing more card review, shall we? I hope I am not rushing things too much, but there are simply way too many things to do now that the whole expansion is out, including: DECK BREWING!!! I have been begging for brewing opportunities for months now, and I finally have them!