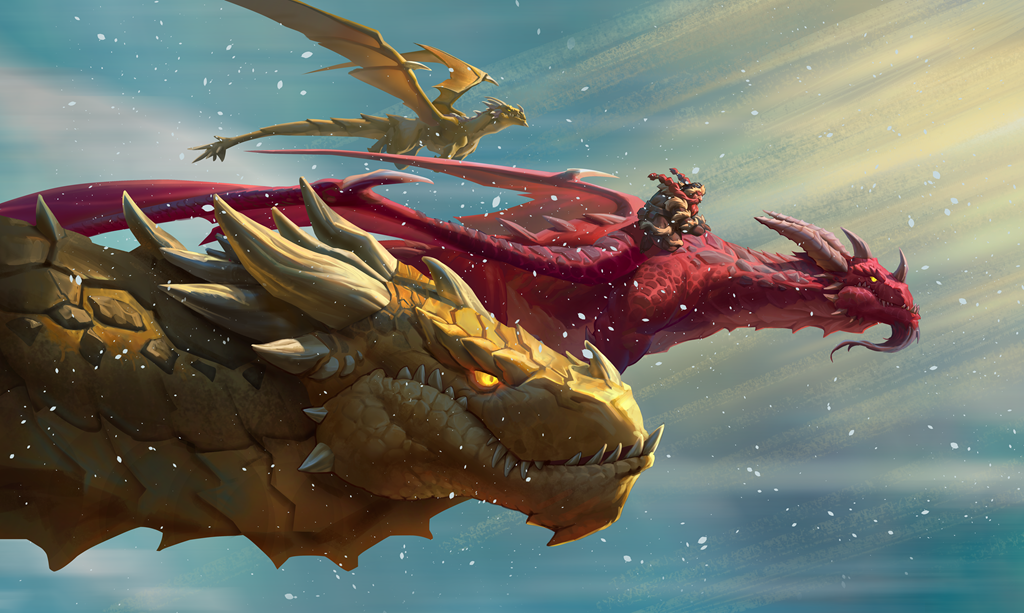 You’re probably already busting open packs to Descent of Dragons, Hearthstone’s latest expansion, trying to formulate an idea of which deck you’ll be able to run on day one.

Here are a few day one decks that are the brainchild of a variety of different noteworthy faces in the Hearthstone community. As always, you’d be advised not to craft any of these decks. This is day one of the expansion and that means the meta is nowhere near established. It may be difficult, but save your dust and piece together what you can.

Dekkster is one of the fastest-growing Hearthstone personalities in recent memory and for good reason. Dekkster is amazingly good at Hearthstone and provides excellent theory-crafting on his YouTube channel. In this version of Handlock you’ll be making use of Warlock’s new Legendary minion Valdris Felroge. Valdris has a Battlecry that increases Warlock’s maximum hand size to 12 and allows the player to draw four cards. If you bust open Valdris, you should definitely give Hand Lock a try.

This deck comes to us via the Hearthstone masterminds at Vicious Syndicate. The popular meta tracking site has posted a plethora of potential decks in the days leading up to Descent of Dragons and this could be one of the most promising. Embiggen is a new Epic Druid card that gives all minions in your deck +2/+2 and increases their mana cost by one, with a cap of 10. Mech’s have consistently been one of the most powerful minion archetypes throughout Saviors of Uldum. Embiggen has the potential to take the aggressive Mech playstyle to the next level.

Regis Killbin is another popular Hearthstone streamer who provides excellent theory-crafting on his YouTube channel. This deck is his brainchild and revolves around the new Highlander Support card DRagonqueen Alexstrasza. This card is a nine cost 8/8 Dragon with a Battlecry that adds two random Dragons to your hand if your deck has no duplicates. The Dragons added to your hand will also have a zero mana cost. Highlander Mage took a hit during the second half of the Saviors of Uldum expansion. Hopefully, a new version like this one becomes viable.

Old Guardian has one of the best Hearthstone channels on all of YouTube. He gives very insightful Hearthstone lectures in one of the most relaxing voices you’ll ever hear. Similar to Killbin’s Highlander Dragon Mage mentioned earlier, this new spin on Highlander Hunter also makes use of Dragonqueen Alexstrasza. Fans of the Highlander archetype for both Mage and Hunter will probably be seeing a lot of the Dragonqueen.

Jeffrey “Trump” Shih is widely regarded as one of the top Hearthstone players in North America and has one of the biggest channels dedicated to the game on YouTube. This deck is meant to be played like any aggressive midrange Paladin deck. You’ll be using your early game minions for pressure as you try to overwhelm your opponent as much as possible. Trump also included the new Paladin Legendary Nozdormu the Timeless. This card costs four mana and sets each player to ten mana crystals. Though this card isn’t required for the deck, it could act as a great way to get big value cards like Tirion out early.