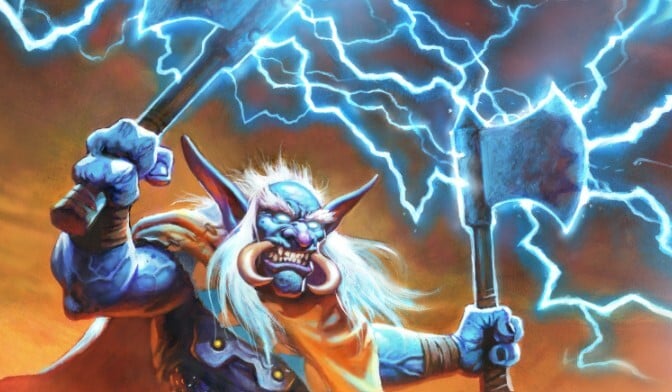 The final card reveal stream for Hearthstone’s newest expansion, Forged in the Barrens, is officially underway.

The newest Elementals cards shown off for Shaman and Neutral include Kindling Elemental, Earth Revenant, Arid Stormer, and Lilypad Lurker. 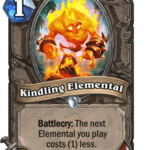 Kindling Elemental is a Common one-mana Neutral Elemental minion with a 1/2 stat line. It also has a Battlecry that reduces the cost of the next Elemental you play by one.

Earth Revenant is a Rare four-mana Shaman Elemental minion with Taunt and 2/6 worth of combat stats. The Revenant has a potent Battlecry that deals one damage to all enemy minions, allowing you to control the board.

Arid Stormer is a Common three-mana 2/5 Shaman Elemental and has a Battlecry that gives it Rush and Windfury if you played an Elemental from your hand last turn.

Lilypad Lurker is an Epic five-mana 4/5 Shaman Elemental that also has a similar activation requirement to Arid Stormer in which you need to play an Elemental last turn to use its ability. Once you perform that requirement, you can transform an enemy minion into a 0/1 Frog with Taunt.

This cycle of Elementals for Shaman has similar goals to the tribe when they originally debuted in Journey to Un’goro. By constantly summoning Elementals, you’re allowed to use powerful abilities on curve. Kindling Elemental facilitates this due to its ability to provide mana discounts, allowing you to play them a turn earlier than expected.

Lilypad Lurker’s ability is comparable to playing a Hex while summoning a fair-sized body to fight for the board. The Lurker can also bypass “can’t be targeted by spells” abilities on minions.