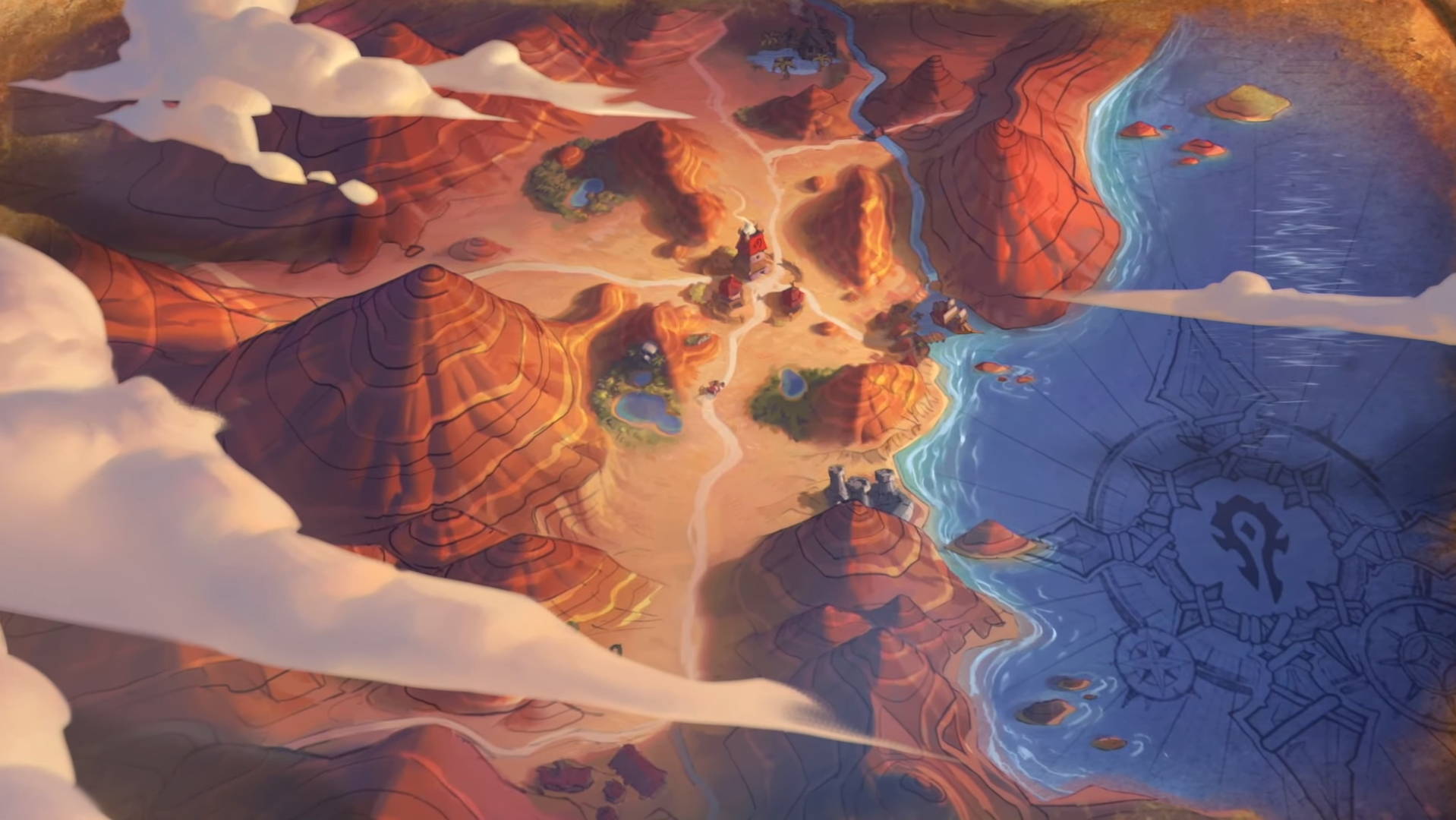 Demon Hunter players have now received a quick look at some of the newest cards coming to the class in Hearthstone’s next expansion, Forged in the Barrens.

During the Demon Hunter vs. Druid match in the final card reveal stream, more Deathrattle support for the newest class was shown off. The four newest Demon Hunter cards revealed today include Tuskpiercer, Fury (Rank One), Razorboar, and Vile Call. 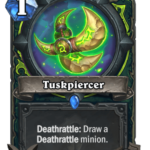 Tuskpiercer is a Rare one-mana 1/2 weapon that has an ability. When it’s destroyed, you get to draw a Deathrattle minion from your deck.

Fury (Rank One) is a Common one-mana Fel spell that gives your hero two attack for the turn. The ability upgrades when you have five and 10 mana. At Rank Two, the bonus increases to three. And at 10 mana, the bonus provides four strength for the turn.

Razorboar is a Common two-mana 2/2 Beast with an ability that activates when it’s destroyed. It summons another Deathrattle minion from your hand as long as it costs three mana or less.

Vile Call is a three-mana spell that summons two 2/2 Demons, both of which have the Lifesteal keyword.

Deathrattle is one cycle of cards that are being prominently featured for Demon Hunter. Razorboar provides you with ways to cheat out more Deathrattle cards and retain board control as long as you have enough minions in your hand to use the effect.

While it’d be easy to run out of cards by constantly using these abilities, Tuskpiercer lets you maintain hand advantage by giving you a chance to tutor more Deathrattle minions from your deck.

Forged in the Barrens will launch at the end of the month on March 30. Players can pre-purchase the expansion in one of two different bundles from Blizzard’s online store or in the Hearthstone client.