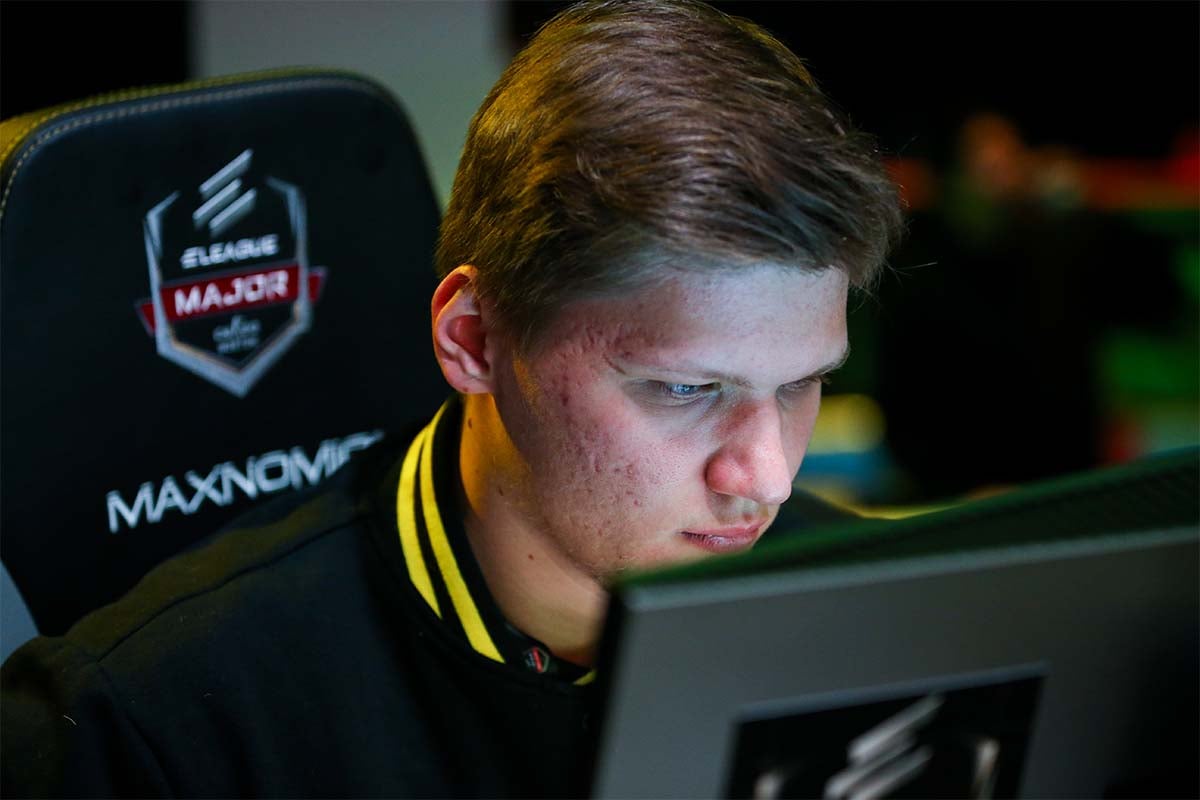 Aleksandr “s1mple” Kostyliev is a professional CS:GO player for Natus Vincere. He’s known for his skills with the AWP and his game-winning clutches.

S1mple began playing CS:GO professionally in 2016 and has been dominating ever since. He’s had over six first-place finishes in major tournaments and is considered one of the best CS:GO players in the world.

Unsurprisingly, S1mple uses a quality setup for both gaming and streaming to play at his max potential. This includes having a powerful graphics card and a high refresh rate monitor to keep up. He also uses a high-end CPU to handle both streaming and gaming simultaneously.

The Logitech G Pro Wireless is a one-millisecond response time mouse. Logitech collaborated with esports players from a wide array of games to make a comfortable mouse that performs well at the highest level. Logitech increased the mouse’s performance by making it lightweight, allowing it to glide across a mouse pad effortlessly.

Most importantly, the Logitech G Pro Wireless features a HERO 25K sensor. Logitech’s HERO 25K sensor is the company’s latest gaming sensor technology aiming to improve mouse accuracy. The HERO 25K does this by tracking movements at speeds over 400 IPS. Users can flick their mouse fast, and the HERO 25K will register the input accurately. Of course, flicking is an essential skill in CS:GO, so it’s no wonder this mouse is S1mple’s choice.

The Logitech G Pro X is a customizable TKL keyboard with programmable RGB lighting and a one-millisecond report rate. Users can choose between GX Brown Tactile, GX Red Linear, or GX Blue Clicky switches when purchasing this keyboard. Switch choice is entirely preference-based. Some users dislike the loud clacking of the Blue switches, while others enjoy it. Most importantly, this keyboard’s compact design gives S1mple more desk space to use his mouse.

In addition, the Pro-G drivers smooth out the headphone’s frequencies, adding clarity to the mix, making it easier to distinguish between noises. This clear separation is an essential tool to have in CS:GO.

The Logitech G Powerplay is a unique mouse pad equipped with technology to support wireless mice in a way traditional mouse pads can’t. Logitech G Powerplay’s integrated charging station charges users’ wireless mice while on the pad. This allows a wireless mouse to be fully charged at all times. The Powerplay charging technology means users don’t have to plug in their mouse when their battery gets low, making it a top pick for those who game for long hours and enjoy the convenience of a wireless mouse.

The plastic Powerplay mat sits directly on the users’ desk surface. On top of the Powerplay mat, users can swap between the different pads included with the Logitech G Powerplay. Users can choose between the cloth pad or hard pad for their mousepad surface. The smaller size can be a downside to many players since they don’t have the large mouse pad required for sizable mouse movements.

This Asus model also has a one-millisecond response time, which is the lowest possible response time available. A fast response time is a must for games like CS:GO, where gunfights can be decided in a matter of milliseconds.

AMD’s RDNA 2 is one of the 6800’s most notable features. AMD’s RDNA 2 architecture increases a card’s bandwidth efficiency to give better visuals and performance compared to previous AMD cards.

AMD built the 6800 specifically for 4K gaming with its Fidelity FX and ray tracing abilities. Fidelity FX upscales resolutions to give users high-quality visuals at no cost to performance. However, high frame rates are more important than visuals to professional gamers like S1mple. Since S1mple doesn’t need to play on 4K resolution when competing, the excess power this card produces when in 1080p gives him frame rates well over 500fps.

For FPS players, the most helpful feature on this card is AMD’s Anti-Lag technology. This technology reduces input lag by controlling the GPU’s pace in conjunction with the CPU. Keeping the GPU and CPU in sync is essential to prevent bottlenecking, a common PC issue that causes FPS drops when gaming.

The AMD Ryzen 9 3900X is top-of-the-line in terms of gaming CPUs. The 3900x is a 16 core 3.4GHz processor that boosts at a press of a button using AMD’s Ryzen Master Utility tool. The Ryzen Master Utility tool is a powerful overclocking program that comes with every Ryzen 9 CPU. This tool has a simple interface allowing anyone to overclock. Boosting this CPU gives users an increased processor speed of 4.9GHz. Being able to boost the CPU clock up to almost 5GHz helps the CPU stay in step with a powerful GPU like the AMD 6000 series without bottlenecking. Additionally, the 3900X boosted speeds make streaming and gaming simultaneously a breeze.