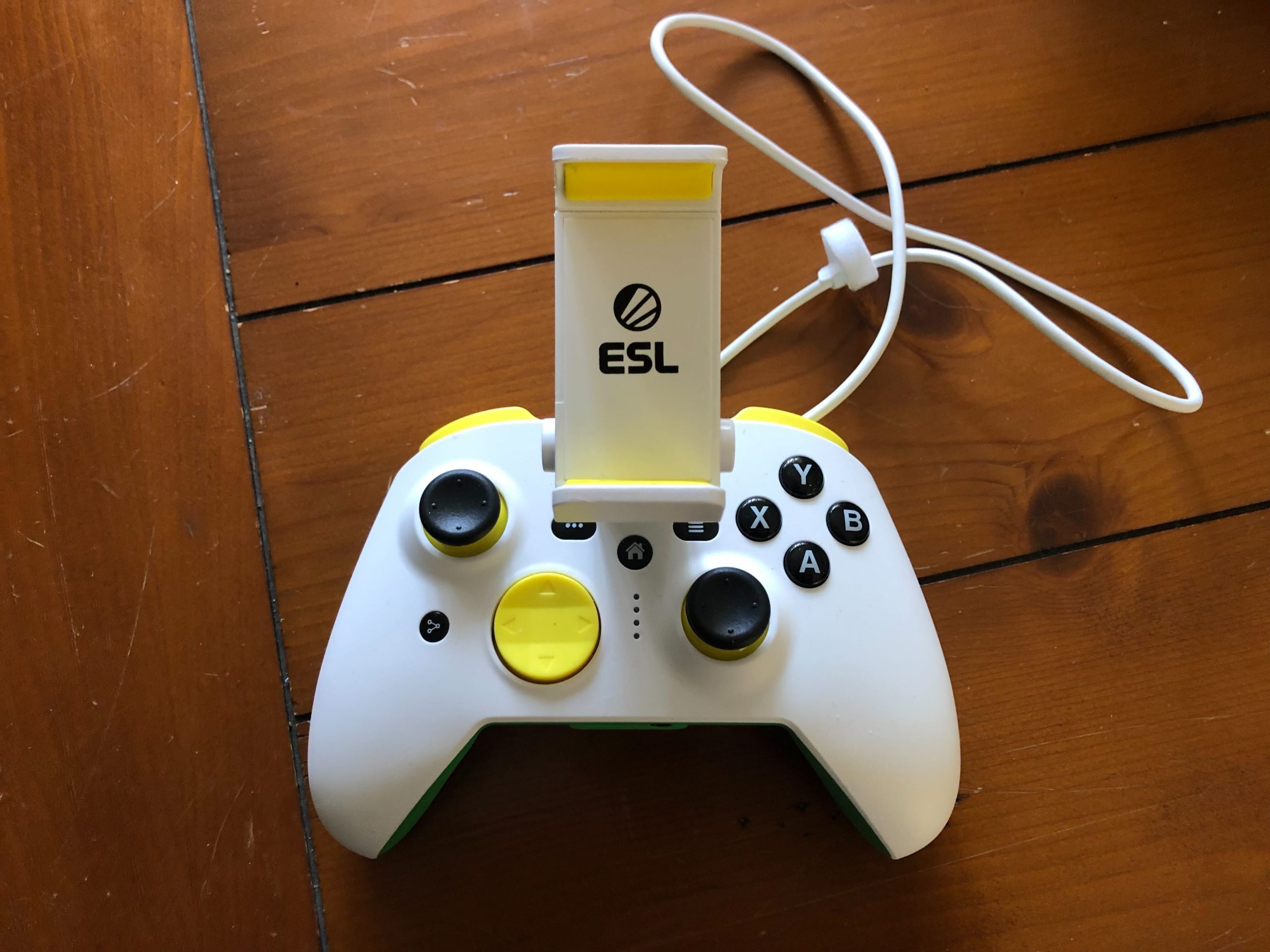 With mobile gaming becoming more popular than ever and getting bigger and more lucrative by the year, the game space on iPhone is so much more than just Candy Crush and other finger-swipers. Games on iOS are often way better with a controller and there are plenty of options out there to choose from, especially when it comes to Bluetooth.

Mobile gamers looking for a wired solution, however, have a new champion in the RiotPWR Gaming Controller for iOS. By simply plugging the controller into an iPhone’s Lightning port and mounting the phone on the controller itself, it’s never been easier to grab some quick games on the go with a controller.

The RiotPWR Gaming Controller is basically an Xbox controller in every form and function. It has the same exact shape, feel, and button designs as the Xbox controller, and it’s the exact same size, so Xbox gamers will feel right at home with this in their hands. It features a fully functional eight-way D-Pad, console triggers, and L3/R3 support.

The phone-holding extension pops right into the front of the controller, allowing it to easily grip and securely hold an iPhone in place. The mount is adjustable, allowing users to tilt the phone up or down to best fit however they’d like to view the game or hold the controller in their hands.

The controller even works with most phone cases, which is a nice change of pace, although someone with a PopSocket on the back of their phone might have a hard time keeping it properly in place. And the controller’s wire, which is quite long for its function, can get annoying and in the way sometimes but is reined in with an attached velcro wrap.

Where the RiotPWR controller shines brightest is when using it with gaming on the cloud. I’ve been greatly enjoying simply plugging the controller into my iPhone and using Xbox Game Pass to play new current-gen titles on my phone.

This makes the RiotPWR controller especially enticing, especially for those who are unable to procure something like an Xbox Series X, whether it’s due to stock shortages or budgetary constraints. Gamers can still experience current-gen titles by subscribing to Game Pass and using their phones to play them while on the go, and it’s easier than ever with a controller like this one.

The bottom of the controller features a Lightning charging port so you can charge your phone while you play. But even if you can’t, the controller will never die on its own because it uses your iPhone’s juice to play while plugged into the phone itself.

This is a huge advantage for the RiotPWR over other mobile controllers. Gaming with other controllers on mobile always seems like you’re on the clock, waiting for the inevitability of the controller dying in the middle of a game of PUBG: New State or Call of Duty Mobile. This is not the case with this controller.

You can easily game on the go without having to worry about your phone dying, either, by plugging a charger into the bottom of the controller port, allowing the pass-through charging to keep your phone juiced through marathon gaming sessions.

Listed at $59.99 on RiotPWR’s website, the controller is priced around the same as an authentic Xbox controller, which could be a hard pill to swallow for some. But the selling point for this controller is that it’s wired and Bluetooth is not necessary. The difference in latency between a Bluetooth controller and a wired RiotPWR is miniscule, but it is there.

Controller mounts for existing Bluetooth controllers like the DualShock 4 or Xbox controller can be found online for much cheaper, but they won’t come with a wire like this one that allows you to plug and play while charging with relative ease.