The visual quality of video games has increased drastically. What gamers considered realistic 10 years ago now looks like mud, and the same applies to the audio quality as well.

Game developers treat their fans with epic sound effects and quality voice acting, which both get even better if you’re using top-of-the-line headphones. Using a headset with your Xbox Series X and S is relatively simple since you only need to plug in a headset or earbuds to your controller. The audio transmission with your controller and console will be handled wirelessly, but things get more complicated if you have a pair of Bluetooth headphones.

You aren’t out of luck, however. Here’s everything you need to know to use your Bluetooth headset on your Xbox Series X and S.

How can you connect Bluetooth headphones to Xbox Series X and S? 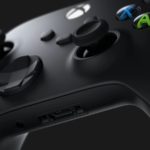 Before you take out your Bluetooth headset from its case, you’ll need to get yourself a Bluetooth transmitter that’s compatible with 3.5mm inputs.

Your Bluetooth headphones should work with your Xbox Series X and S after pairing, but you may sometimes need to follow the same procedure after plugging out your Bluetooth transmitter.

Remember that you won’t be able to use your Bluetooth headset’s microphone since transmitters don’t support that.

Are there any disadvantages of using a Bluetooth transmitter with your Xbox Series X and S?

Though a Bluetooth transmitter allows you to use a Bluetooth headset with your console, they’re also an additional hub that your audio has to pass through. This introduces input lag, and it can make a difference in competitive titles like Fortnite or any Call of Duty game.

Get a compatible wireless headset for your Xbox Series X/S?

If you’d like to avoid the hassle or just need a wireless headset for gaming anyway, getting a compatible headset with your Xbox Series X or S will be the way to go.

Compatible headsets ship with their own USB transmitters. You can plug these transmitters into your console, and your headset should automatically start picking audio after turning it on. Your headset’s microphone will also work without any problems since the adapters can easily transmit your voice.

Pay attention to the labels while shopping for compatible headsets, though, since the ones that will work on your Xbox will have an Xbox sticker to showcase it. Check out their supported ranges since how far you’re sitting at the console will be essential for the best audio quality.

If you sit too far away from the console or there are obstacles in the way, your audio quality may drop, or you may even witness some noticeable input lag. Most wireless headsets have excellent range, however, meaning you should be fine unless you decide to play from your living room while your Xbox is in your bedroom.

Check if your TV or monitor is compatible with Bluetooth headphones

HDMI cables transmit sound to your TV, which then you can hear via your speakers. Most recent smart TVs and gaming monitors also support Bluetooth headphones, meaning that you can connect them to your TV to pick up audio.

Your TV will become your audio source, and it’ll be receiving the audio from your Xbox through a cable. While this will also introduce a hard-to-notice input lag, it’ll be relatively easy to set up. The process will be different for each TV manufacturer, but if you’re sure that your TV supports Bluetooth headphones, you’ll need to find the menu item that lets your TV scan for nearby Bluetooth devices.

If your TV doesn’t automatically see your Bluetooth headphones, you can also press and hold the reset button on them, which should make them available to connect to nearby devices.

Simply select your Bluetooth headset as your primary device, and you should be good to go.