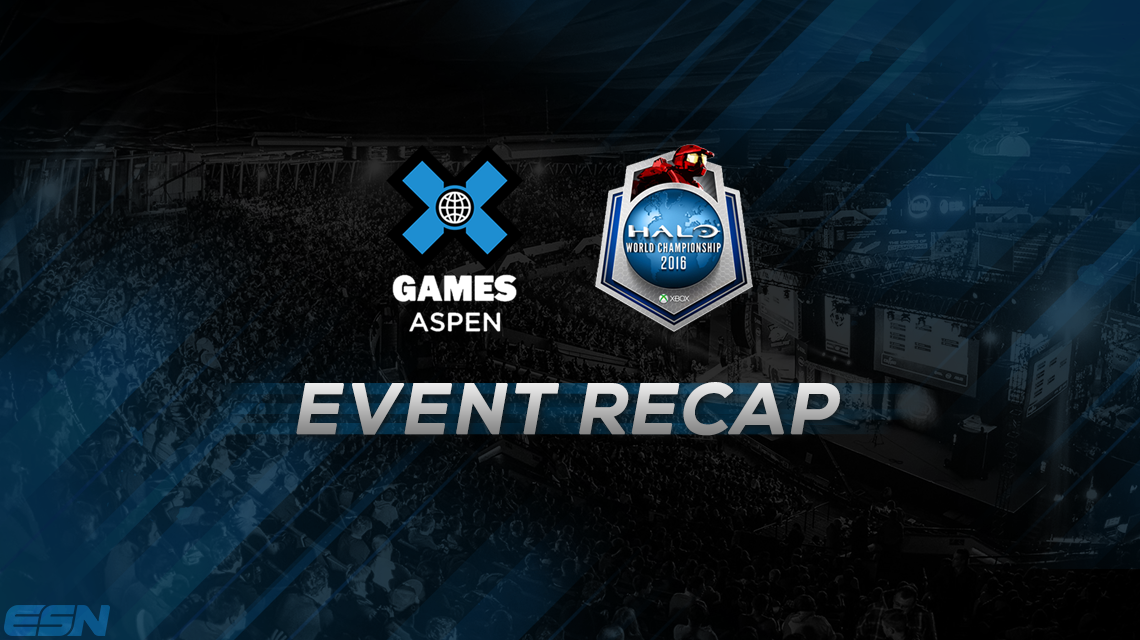 This weekend proved to be quite the spectacle for eSports fans around the world, with the X-Games Aspen Invitational for Halo 5: Guardians taking place in Colorado. The tournament results and gold medalists can be found below.

Thursday Friday Saturday Evil Geniuses always has an extremely strong showing in competition. However, Counter Logic Gaming swept the team 3-0 before going into the Grand Finals for a rematch.  Whether it was fatigue from playing throughout the weekend, or players adapting to EG’s style of play, the semifinals were no walk in the park for the team. The Grand Finals ended up truly being grand, as both teams played all the way to game seven, round 11. CLG opened up the finals winning Capture the Flag on Coliseum. By no means was this an easy match as it went down to the wire with both teams needing one score to win the match. EG then went on to win Slayer on Truth, and Strongholds on The Rig. On the next CTF match CLG had won over EG again in yet another close match. It seemed that EG was the better team when it came down to matches played over attrition, but CLG took a close victory in game five Slayer on Eden. The spectacular thing about this series was that each round was a close one, and there was never a moment in which one team had a decisive victory over the other. CLG made quick adjustments in games two and three which were the only matches with a gap larger than a ten-kill difference. Game six went to EG with Strongholds on Plaza. The final round was game point for EG, and a game type they’d already proved to be strong in. Slayer on Regret, the match score 3-3, whoever won this would take the gold. In what was a climactic struggle for both teams, both playing in what almost seemed like the peak of their abilities. The end score was 50-40 in EG’s favor. It was a more than satisfactory victory as you can see from the celebration from EG’s booth, and the defeat laid heavy on CLG. https://twitter.com/HCS/status/693626105752735744 All teams did exceptionally well over the weekend. It was a great moment for Halo eSports, and with viewers peaking nearly 20,000 viewers on Twitch.tv, we have a promising future for the scene. There is still clearly plenty of love for the game, and if this invitational was any sort of foreshadowing, the continuation of the Halo Championship Series is set to be a phenomenal competition later this year. What are your thoughts on Evil Geniuses winning X-Games Aspen? Let us know over at our Twitter – @eSportsNation.