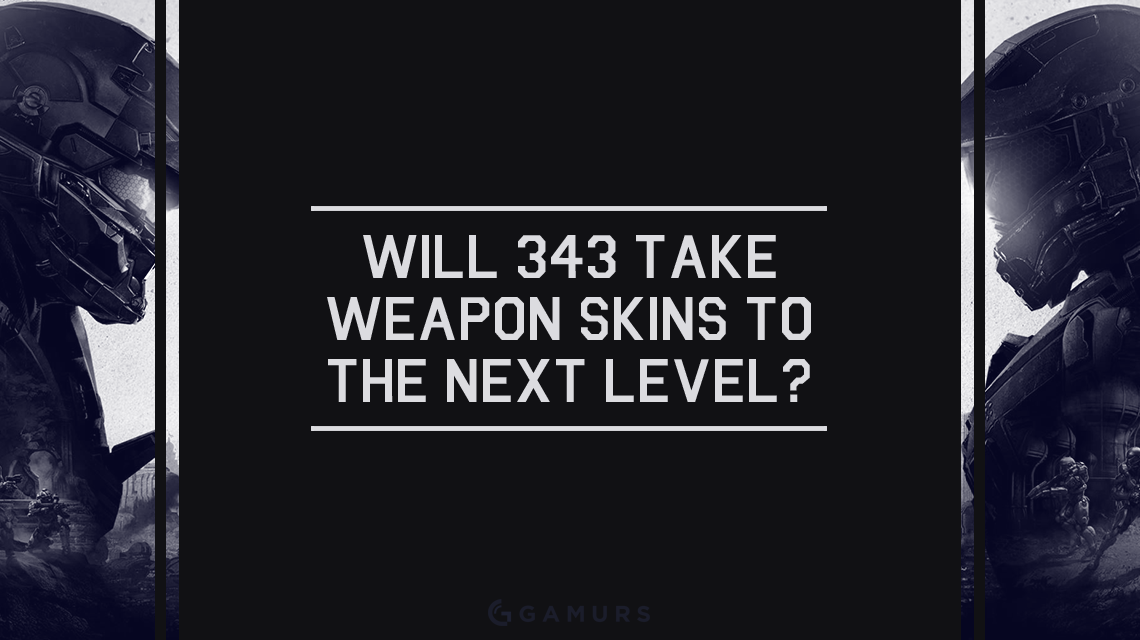 Customization is an abilityalmost every player loves to have. To have the ability to changeyour character or weapon’s design to make it look different thaneveryone else’s on the battlefield is something that interests mostplayers and, from the looks of it, it only seems to have a higherdemand as time goes by. With Halo 5 greatly improving their weapon skins comparedto the skins on Halo 4 and with the community for the most partshowing satisfaction with 343 Industries’s investment to improve their weapon skins,should 343 continue investing time on improvingtheir Weapon Skin System come Halo 6?

Although Halo 5 has a growing variety of weapon skins, thissystem still lacks a few features that could potentially improve itgreatly. Currently, the game that I feel has the best weapon skinsystem is CounterStrike: Global Offensive. With the game being on the PC, it providesfans with a wide variety of features that most games don’t offer.Prior to Valve’s recent ban on custom skins, players with theability to do so were able to create their own unique weapon skins.Although this would require a lot of work and knowledge ondifferent software, it was possible at the time for you to show offyour own truly customized weapon skins. Another system that reallyhelped CS:GO’s weapon skins was Steam’s Trading System. Although this system wouldeventually lead to gambling problems and Valve being sued, theinitial idea that you could trade weapon skins with others ratherthan buying them was great for those who could not affordconstantly buying new skins.

Although the ability to createyour own weapon skins is probably not an idea that 343 would want to work on, a skin sharing system inwhich fans could trade weapon skins with each other could be veryhelpful to the players. Although many of you may be concernedthat 343introducing a trading system mayinfluence gambling problems in the future, keep in mindthat CS:GO’s current problem was primarily caused byValve not bothering to look into these gambling sitesand shutting down the one’s that were corrupt. WithValve allowing a free market to form within thistrading system, fans were able to create their own gambling systemswith no rules to follow, which meant that anyone could do anythingwhen it came to trading. With no rules to follow, some people sawthis as an opportunity to make some quick money and took advantageof the privilege Valve gave to the community and ripped others off.If 343 were to be strict on this trading systemand and prevent gambling sites from forming, the Halo communitycould freely trade with each other and 343 wouldn’t have to worry about a gambling systemforming and getting out of hand.

Halo 5’sskins system is currently verylimited and it is very hard for some people to afford unlockingsome of these skins (such as the Halo Championship Series TeamSkins, which are definitely on the pricey side). There are alsoseveral great looking weapon skins that, although are free, arevery rare. For me and all the other people like me who seem to havethe worst luck when finding good weapon skins, a trading systemwould also greatly help since the Halo Gods refuse to. Anothergreat thing about the trading system is that a lot of these freeskins will have some value to them and, although this value doesnot need to automatically link to actual money, the idea thatweapon skins could be used as a form of virtual currency within thegame is pretty cool.

If 343 decides to not take any risk going this route,another way they can improve their weapon skins is by lowering theprice of Skin Packs. With the recent HCS Team Packs as well as theHCS Pack from a few months ago facing criticism for being tooexpensive, I am sure 343 lost a lot of potential sales. The idea thatyou are paying $10 for a virtual skin that will no longer have anyvalue once you stop playing the game since there is not tradingsystem that allows you to trade your skins for others is prettycrazy to me. If 343 were to lower the prices of these packs to amore realistic price such as $5, I can almost guarantee you thatfans would be much more willing to invest their money and morepacks would be sold.

Improving this weapon skinsystem is a very tricky path to take. Following the footstepsof CS:GOmay be possible, butValve’s current problem may not be a risk343 is willing to take. There is still a lot oftime for 343to decide what they want to do withtheir weapon skins, but hopefully they build off of their recentsuccess with Halo5’s system.

What do you think about how Ithink 343can improve their Weapon SkinSystem? Let me know in the comments section below.