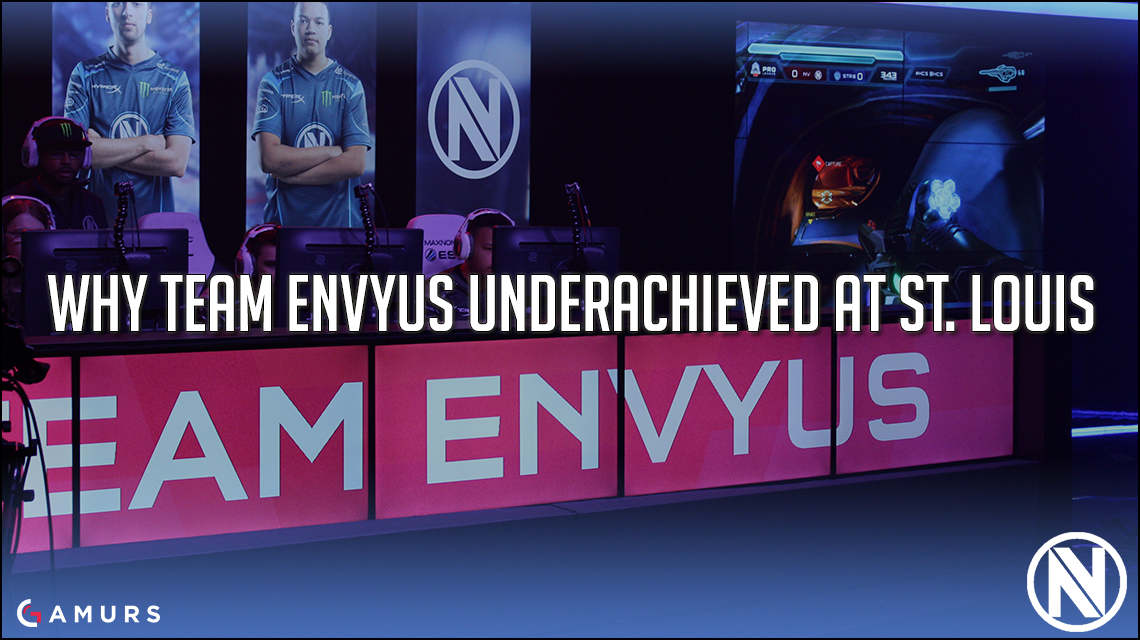 Team EnVyUs finishing in 3rd place finish at UGC St. Louis at first glance may appear to be a solid placing in an event that featured fierce competition from both a pro and amatuer level, but after a historical victory against OpTic in the Fall Season Finals, nV’s 3rd place finish is most certainly a disappointment. Facing a rough loss to OpTic in the first round of the Winner’s Final Bracket, nV came into the second round of the Loser’s Bracket against Team Liquid with a bitter taste of defeat they know they shouldn’t have.

nV, in my eyes, didn’t appear to be the nV we witnessed last season and during earlier scrims this season. This team appeared to be very disconnected in the most important situations, such as their match against OpTic in which I witnessed several lackluster performances from Austin “Mikwen” McCleary and Justin “Pistola” Deese’s. Although both did make impactful plays that helped save them in many situations, I don’t think anyone can argue that these two individuals did not perform at the level necessary to help nV reach their true potential.

Due to Mikwen’s and Pistola’s unimpressive performances and even the minor hickup Cuyler “Huke” Garland had on Plaza Team Slayer, I started to heavily question what was going on in these player’s minds this weekend. Knowing that they are the defending Season 2 Champions and knowing that many within their community continue to doubt their ability to dethrone OpTic as the best team in Halo, why would nV reveal their vulnerability at an event that could have increased their reputation as the best team in Halo? Has the severe pressure nV has continuously faced these past two seasons finally catched up to them?

In the past, I have credited nV for their impressive ability to continue playing well even where there backs are against the wall. Although this ability was displayed this event in their match against OpTic, when despite OpTic’s fierce slaying dominance in multiple situations, nV was able to pull through whenever they played objective-heavy gametype Strongholds where teamwork and resilience greatly shined over OpTic’s aggression. However, that resiliency still wasn’t enough for them to pull through the series. Despite their inability to get the placing they desired, one positive note I took from them this weekend was that if nV were to have played at their highest level, I am almost certain they can defeat OpTic once again. Let’s not forget that OpTic only narrowly defeated nV this weekend by one game despite half of nV’s players slacking in several crucial situations.

If anything, I hope this placement stands as a statement to nV and their fans that this club possess the capabilities to become the best, this isn’t just a “one-hit wonder” lineup who’s energy and success will rapidly drain as time goes by. This is a team that is more than capable of complete dominance if each player puts in an equal amount of effort and performance.

What do you think about nV’s lackluster performance this event? Let me know in the comments section below.
Zachery Chevere can be contacted on Twitter @eSportsZach and emailed at [email protected]