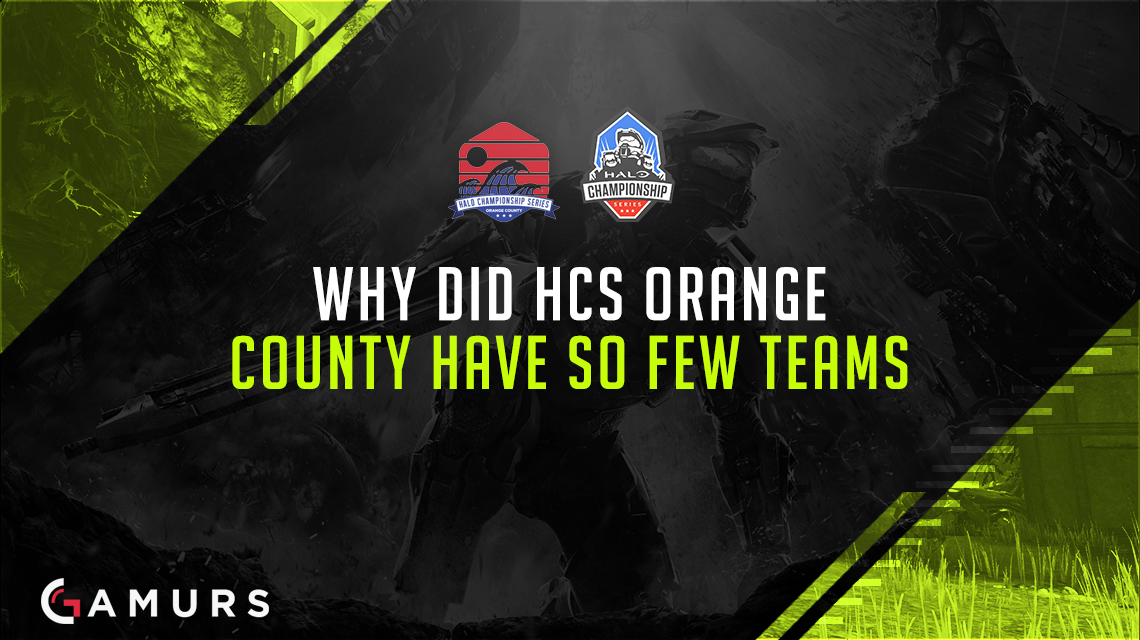 HCS Orange County has proven to be a major disappointment on many levels. We saw low viewership numbers that didn’t even come close to the numbers we would see in Pro League online matches, as well as a relatively weak caster lineup, with the exception for Tom “Tsquared” Taylor, Michael “StrongSide” Cavanaugh and Andy “Bravo” Dudynsky. We also saw lopsided and extremely uninteresting matches on the amateur level, and most importantly, an overall poor turnout in teams, with the total amount of signed amateur teams being 20. This turned what was supposed to be an event that revived the west coast into an embarrassment.

As someone who has several Halo friends who compete on the west coast, I want to believe that this turnout in OC was not a proper representation of what the west coast is capable of. Many have criticized Esports Arena and HCS for hosting an event on the west coast, when they could have had an event on the east coast with a much better turnout, which is statistically proven to be true. However, using past statistics from previous events located within the west coast, most turnouts in the top open events for Halo averaged well over 20 teams, with some even having a turnout of over 100 teams, which is good for any event.

With that statistic in mind, the strong belief that the west coast still has a very active and thriving competitive community, and with the mind-boggling turnout of only 20 amateur teams in front of our faces, what could have possibly led to this horrendous turnout?

In recent months, the community has been more vocal than ever on a much needed increase in open events. With nothing for the amateurs to compete for other than minor online tournaments and the very small possibility of becoming a pro team, competition was on the verge of becoming stale and relatively uninteresting with the very high possibility that many would simply call it a quits and move on with their lives.

The demand has become so strong to the point that many have even attacked ESL for their lack of open events, which is never a good sign. Once events like HCS Orange County were announced, the community looked to be restored in a more rejuvenated state, with many getting prepared for the west coast event. From the moment HCS OC was announced, to the day we found out how many teams would actually be competing, many people, including myself, believed that this would be the event that gave the west coast the competitive LAN experience they so desperately needed.

There are many possible options as to why the turnout wasn’t as big as many of us thought it would have been. Some teams may have felt that they didn’t have a good enough chance at winning it. Some teams may have just disbanded. Some may have just not followed through, and this could even possibly be a sign that the population of competitive west coast players has significantly deteriorated over the years due to the lack of events for them. This may have been the best the west could have provided us. All of the possibilities above are valid, but there is only one form of action our community should take.

For me, this is a very clear sign that the west coast is in need of desperate support. While some automatically jump to the conclusion that we should invest more time on eastern events and leave the west as the last priority, I view it a bit differently. Although I do believe that the east should receive the most amount of events due to its heavy population of players, the idea of leaving the west for last doesn’t necessarily sit right with me.

I believe that everyone, from the event providers to the fans themselves, should invest more time than ever into growing the level of popularity of competitive Halo within the west coast. Event providers should try their best to provide the west with more events to raise the hype around the game and the players themselves should try their hardest to promote the game within their scene. Doing this will prove to be a very challenging task, but it is the only way we can revive this scene.

The west coast has always been the least popular region within the United States for competitive Halo. However, from what I saw at HCS OC, I am very concerned for the future of this scene. If we don’t work on improving it’s state now, it may eventually be too late.

What do you think about the turnout for HCS OC and what this could possibly mean for the future of the competitive scene on the west coast? Let me know in the comments section below or tweet us @GAMURScom.