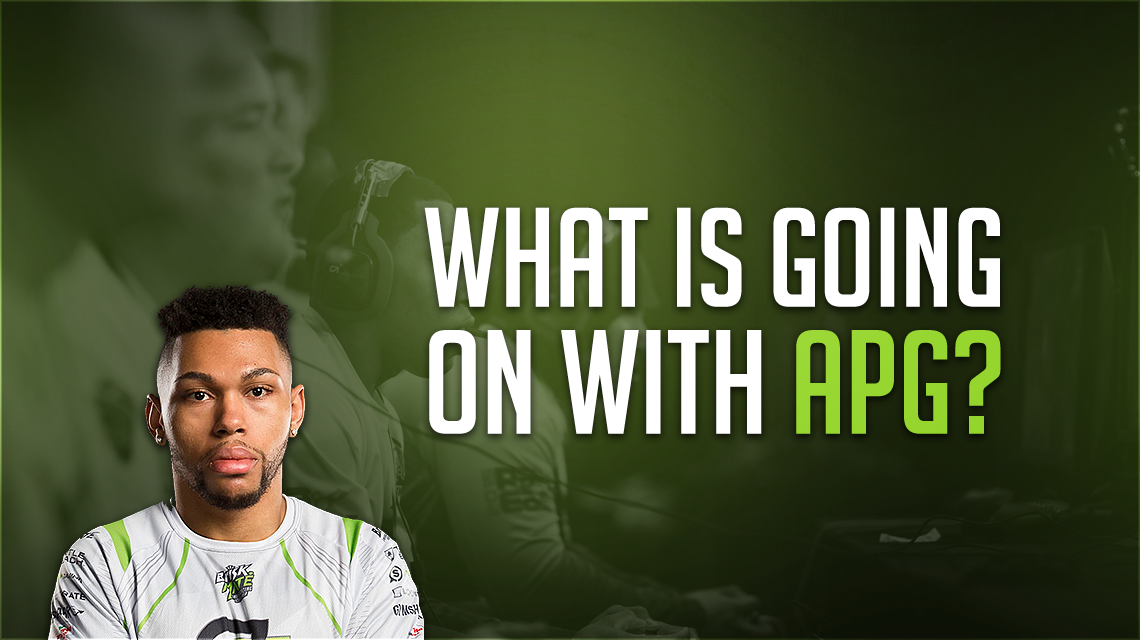 Ever since he joined OpTicGaming a little over a month ago, a lot of pressure has been put onthe shoulders of Bradley“aPG” Laws. Known for being one of the mostdominant slayers in the Pro League, and quite possibly of all-time,aPG was expected to provide OpTic with efficient andconsistent slaying power at all times. Unfortunately for him, hehas not lived up to the expectations.

Over the past few Pro Leaguematches and recent scrims against Team eLevate, I have noticed thataPG has been off his game. Sometimes it is not too bad, but in manysituations when I look at his stats, I just cannot help but shakemy head in disappointment.

Over the past few scrims thatOpTic has streamed, they have repeatedly argued and complained andI cannot help but assume that aPG feels that he is at leastslightly responsible for this chaos. Consistently ending games withstats that even an objective player would be disappointed with isnot only an embarrassment to the OpTic brand, but it is also anembarrassment to the reputation aPG has worked so hard to createfor himself.

Right now, OpTic Gaming is inone of the most dangerous positions they have been in for a while.With the team on the verge of losing their Pro League spot inrelegation, OpTic’s future in Halo is uncertain and thisuncertainty could very well be a large reason for aPG’srecent lackluster performance.

With this team showing serioussigns of disappointment with one another, team changes may becoming whether or not OpTic survives relegation. ConsideringaPG’s performance, he most likely would be one of the playersOpTic would replace if a team change was coming and he knows this.Whether they survive relegation and maintain their spot in the ProLeague or get sent down to the Open Circuit, aPG’s future onOpTic is not looking too bright.

It is nearly impossible forsomeone who is not the competitor themselves to pinpoint the exactreason for their troublesome performance. There could be a ton ofunknown reasons as to why aPG has let us down, but the reality ofthis situation is that no one is satisfied with both aPG’sperformance and OpTic’s performances as a whole.

As a fan of aPG who has seen himprogress over the years, it hurts me to watch him perform likethis. His age should not be a problem yet, and I know he stillhas the fire in him to compete, but this OpTic lineup may not bethe best team for him. Although he may be good friends with bothNick “Maniac” Kershner and Aaron“Ace” Elam, friendship alone isn’tenough to win championships and it may be time for aPG and OpTic tosplit up.

What do you think aboutaPG’s recent performance? Let me know in the comments sectionbelow.