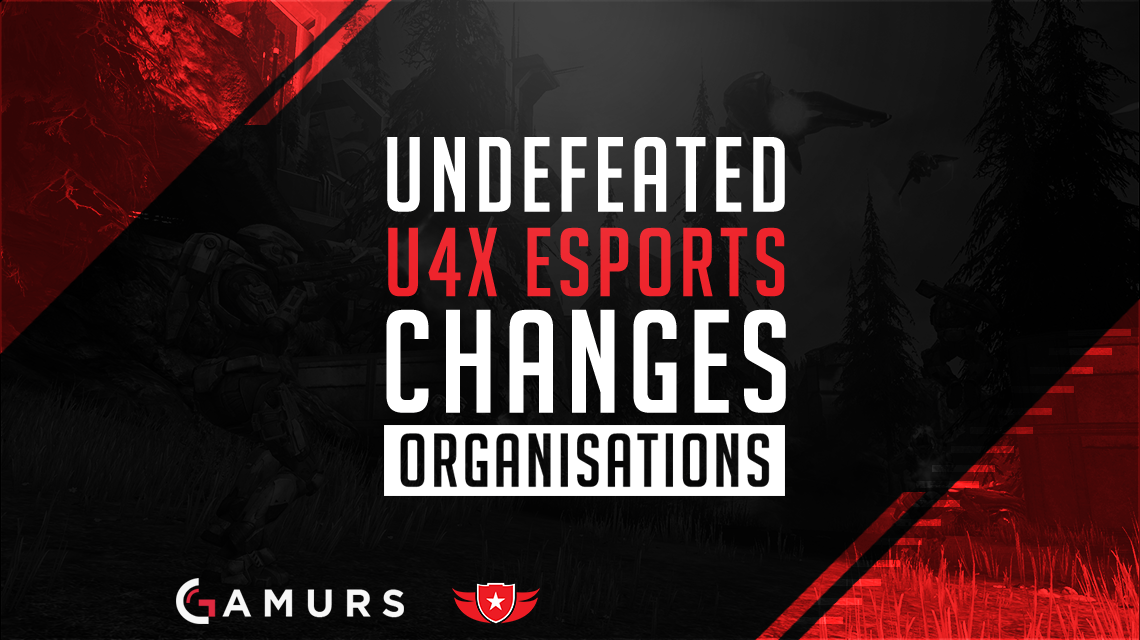 After an impressive 10-0 season,the current first place European team, formerly known as U4XEsports, has decided to part ways with their sponsor. The roster,consisting of Robby “Kimbo”Faulk, Luciano“Mose” Calvanico, Brandon“Respectful” Stones and Perry“TuFoxy” Kenyon, will maintain their position in theupcoming HCS EU Pro League season finals, but will be playing undera new name.

The first sign of trouble camewhen the former members of U4X Esports started airing theirdissatisfaction with the organization on Twitter. Although deleted,it was noticed around the scene that the team was certainly goingto make a change. Not long after, members of the team beganchanging their Twitter names, indicating that they had no futurewith the organization.

It has now been officiallyrevealed that they will be playing under the FABGames Esports banner. AGerman organization, FAB’s previous endeavor in Halo was arun at the Halo World Championship 2016 event. Hosting a rosterthat included now returning player Kimbo, FAB managed to pullthrough the European qualifiers and finish in the top-16 at the HWCproper. The roster went their separate ways shortly after, alljoining different teams for the upcoming HCS league qualifiers,except for Lukas “MonKey” Buchner, who opted to retireinstead.

The team’s ability to pullthe trigger and change organizations this easily should not besurprising. During the third week of the HCS Pro League, whilestarting out with a strong 6-0 record, the team dropped one oftheir founding players, Arkel“Snakey” Brown, for X-Men’sTuFoxy. This is agroup of players who want nothing more than to win and prove thatthey are the best, doing anything they can to achieve thisgoal.

This new FAB Games Esports teamis surely the favorites entering the season finals. Having onlydropped four maps during the entirety of the pro league, they areclearly a force to be reckoned with. You can watch FAB and theother qualified European teams play in their playoffs on July 24 atthe ESL UK studios. They will be competing for a shot at the$67,000 prize pool, something you surely do not want tomiss.

What do you think of this changein organizations? Let us know in the comments below or tweetus @GAMURScom.