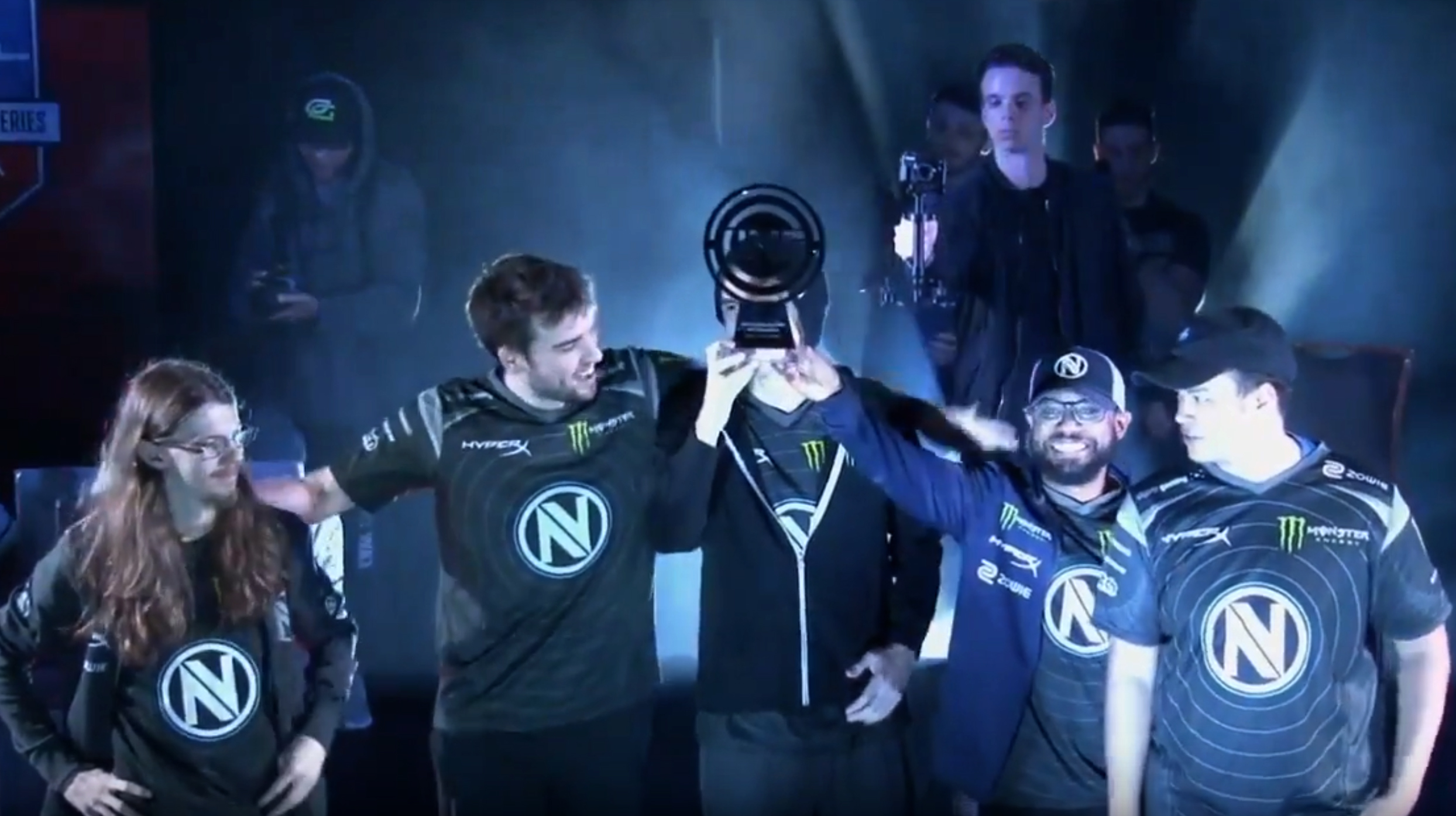 In a rematch of the 2017 Halo World Championship grand finals, the top two teams in Halo squared off once again with a title on the line.

Team EnVyUs pulled off a remarkable feat this past weekend, winning two best-of-seven series in the grand finals against OpTic Gaming to take out HCS Daytona.

OpTic and EnVyUs actually met in the winners bracket finals, but the Green Wall prevailed 4-2, sending the boys in blue down to the losers bracket.

Cuyler “Huke” Garland, Eric “Snip3down” Wrona, Justin “iGotUrPistola” Deese, and Austin “Mikwen” McCleary patiently waited to see who they would play in the losers bracket finals for a top-three placing. Team Liquid was their challenger, but EnVyUs made quick work of TL, sweeping them 4-0 in order to reach the grand finals.

In their redemption match against OpTic, the series went back and forth. EnVyUs jumped out to an early 3-0 lead, but OpTic was able to force a game seven. Despite the best efforts of Paul “SnakeBite” Duarte, Mathew “Royal2” Fiorante, Bradley “Frosty” Bergstrom, and Tony “LethuL” Campbell Jr., EnVyUs reset the bracket with a game seven win.

This forced one final winner-take-all series between the two best teams in Halo. Once again, this series went back and forth. OpTic won the first map, but EnVyUs responded by winning the next three to take a 3-1 series lead.

But OpTic still refused to go down quietly, winning the next two maps to force another game seven. In the 14th map of this exhilarating grand finals, Team EnVyUs emerged victorious, winning their second best-of-seven to capture the HCS Daytona championship.

The boys in blue earned $24,000 for their first-place finish, while OpTic settled for the second place prize of $13,000.

HCS Daytona showcased a lot of great Halo action, and fans of this popular FPS game will be excited to see even more great gameplay when the summer season of the HCS Pro League kicks off on May 24.