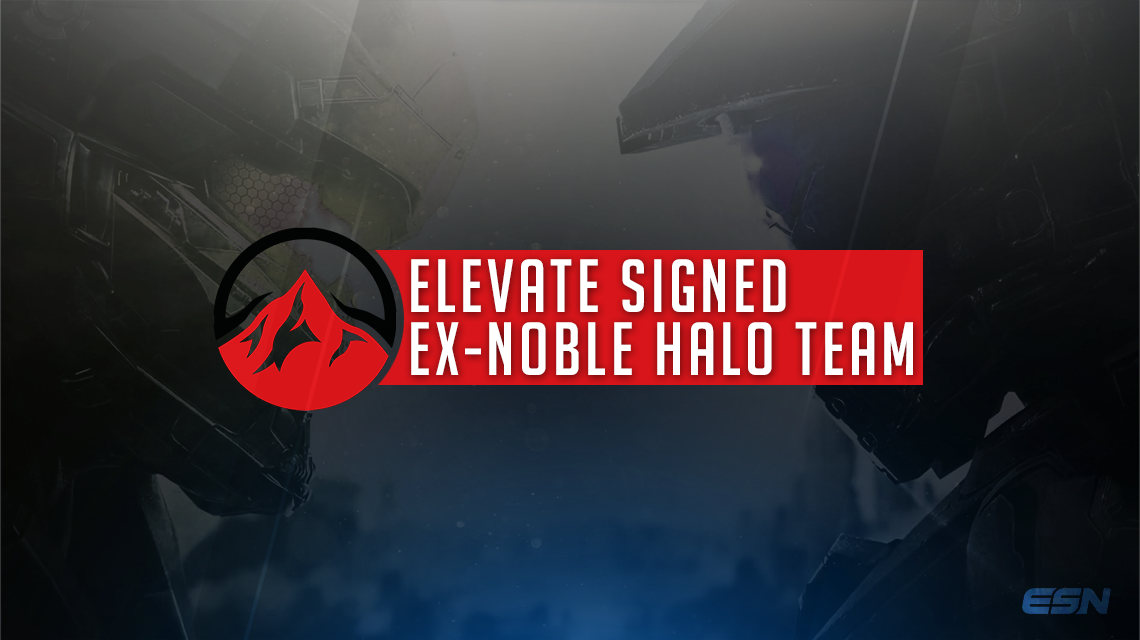 After the events of the Halo Championship Series North American Regional Finals, there has been what seems to be drama between two teams that competed. One of which qualified for the HCS World Finals that begins on March 18, and the other unfortunately didn’t qualify. The teams in question here are that of Team eLevate and Noble eSports.

The oddity began with a tweet and blog post coming from Noble eSports’ founder, Recon, in regards to their Halo Team on Feb. 29. https://twitter.com/NobleProGaming/status/704530124998316032 The article went into detail as to how things seemed to be going fine with the players Alex “Swiftkill” Ramirez, Zane “Penguin” Hearon, Tim “Rayne” Tinkler and Tyler “Calm Mentality” Mozingo. The article touched on a brief story as to how the team was formed, and that their victory oddly enough over eLevate would either make or break them for Worlds qualification. Upon returning home, the team held a conference call with Swiftkill speaking for the team, stating that, “no one was happy and they were Opting out of the contract.” The article went on to explain the organization (Noble) discussing the situation with the Electronic Sports League (ESL), whom of which asked to have the team involved in the conversation but the players were a no-show. ESL was hoping for “the team to finish out HWC under the Noble eSports banner.” The end of the article had a set of images that showed private conversations with players and Recon about various topics. Stating that the team “were grateful for the items received…” and that there was absolutely no breach of contract on the part of the organization. Soon after, Team eLevate announced that they were picking up the ex-members of Noble eSports to replace the old Team eLevate roster. https://twitter.com/eLevateGG/status/705253245996900352 Team eLevate CEO Brandon Hatfield stated in their article they had an exceptional time working with the previous team. “There were some frustrations among the team when they didn’t qualify for HWC, and this allows them to work on personal play and settle into rosters that accommodate their impressive playstyles…” A shame for the former eLevate Team and we certainly wish them the best in their future endeavors. The team consisted of great players and we can be sure to see more of them in the future. However, it’s with this change of roster that allows eLevate to head to the HWC with the updated roster from the ex-Noble crew. Digging a bit further to take a look at the players formerly of Noble you can find a pretty lengthy open letter from Swiftkill sharing his team’s side of things. https://twitter.com/eLevateSwiftKil/status/705255558434062336 The letter tackles many situations that the team had been put through. Allegedly calling out Noble for attempting to dodge the IRS by dividing the HWC winnings to the players in small increments. It also seems that there was confusion amongst the players in regards to the contract as it wasn’t clear how long they were really contracted for. The organization allegedly had issues getting proper equipment to the players in a reasonable time, although according to Swiftkill, the promised gear however was apparently never stated in the contract. The gear referring to controllers, headsets, clothing, and gaming seats which were indeed delivered but some being sent after Regional Finals. According to Noble’s aforementioned article, the players have yet to receive the chairs. In regards to ESL’s involvement, it seems that this came about because Paul (assumed to be Rogue based on the context of the Noble article and Swiftkill’s letter) had refused to speak with Swiftkill. Swiftkill had contacted ESL about the situation requesting a Team Name change and a coaching change on Feb. 26, ESL responded by requesting a Skype conversation on the Feb. 27. ESL and Swiftkill’s team had the call scheduled for the Feb. 29 allegedly. The letter talked about how the team wasn’t properly cared for, and that they essentially did all the work to qualify for HWC Finals and Noble benefitted from it. Plenty of shots were fired in the direction of Noble, and according to Swiftkill, there isn’t enough legal “clout” for them to really do anything about it. At the end of the letter, Swiftkill declared, “We cannot – and will not – be forced to receive pay to evade taxes or to help Noble to evade theirs. We also will not stand to continue in a contract that says we are committed to 2 or 6 months, to receive seven or 16.25% of revenues, or where we can buyout each other from our own Halo team. It’s a quite literal joke – and we are no longer part or party of it. We are moving on, and our best advice to Noble is to do the same. If you want to continue to drag your own name through the mud, by all means, but rest assured we are over it.” At the end of the day, things aren’t looking good for Noble eSports. They no longer have a team for the Halo World Championship Finals, and the accusations against the organization alone, if found to be true, are absolutely absurd. Even managing to create another team may prove to be difficult as players could be apprehensive to the organization. On a positive note, we still get to see the roster compete in the HWC Finals. We can be sure the team will continue to surprise us and play extremely well on March 18-20. They did so, despite the drama the team was going through, in the NA Regional Finals, thus proving the team is hungry to win it all. What’s your take on the issues between Noble and their former team? Do you think the reformed Team eLevate be able to continue to win under their circumstances? Let us know on Twitter – @eSportsNation or in the comments below.