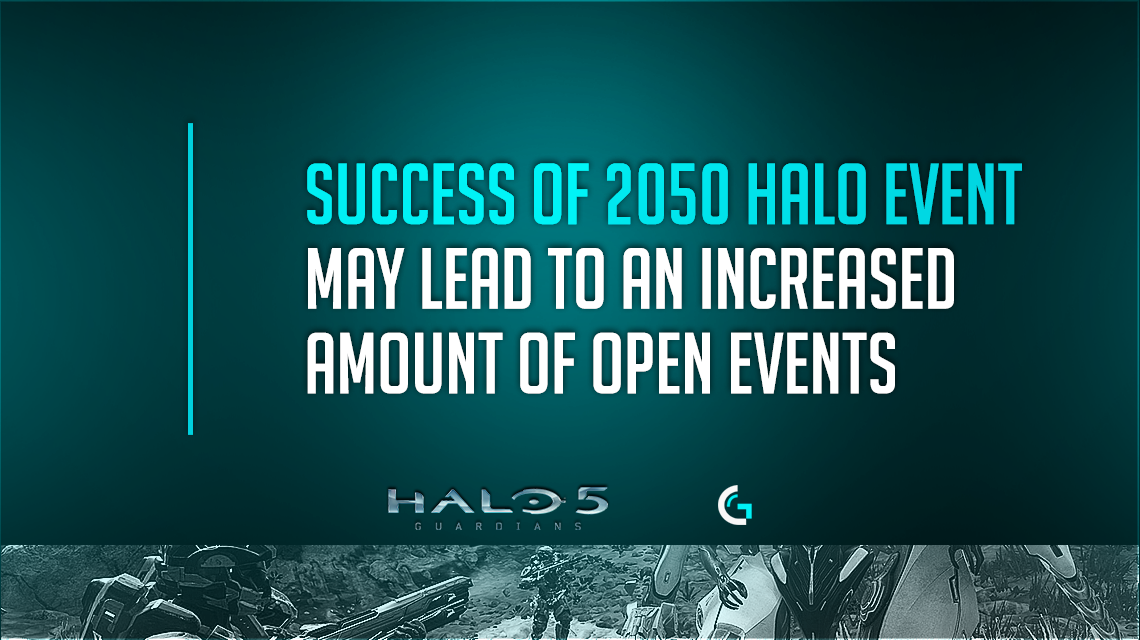 Yesterday was the ending of 2050Chattanooga. The second open event in Halo 5 showed many of us just how powerful ourcommunity can be when we are united. With a great turnout in teams,streaming numbers and with many who attended saying the event wasran perfectly, we couldn’t ask for a better open event.

2050 Chattanooga was a majorrelief for our community. With the lack of open events that havecome with the introduction of the Pro League, it has been verydifficult for many to find a reason to continue competing ormaintain their involvement in competitive Halo with no open eventsto go to. While some may attend these events solely for the moneyand fame, most attend these events to connect with their friendsthey have made off of Halo. Several of my friends from Halo havebeen able to connect with each other thanks to 2050 and they havebeen able to build friendships that are sure to last.

Although I unfortunately was notable to attend 2050, watching it gave me a bit of a nostalgicfeeling. In many ways, I felt that 2050 Chattanooga gave off thesame feeling as AGL did back in the day. Although the managementwithin 2050 is much better then the management in AGL at its time,the event still let off that amateurish environment that has beenlacking from our community for a long time. The players were lessprofessional, the trash talk was a little stronger and everyone,including myself, loved every moment of it.

This made competing on LAN a biteasier for the amateur players as there aren’t as many rules tofollow like in an ESL event and it gave the pro players a wellneeded break from all the rules they have had to follow. Althoughthis behavior would be a problem if it were to occur in a highbudget ESL event, having this in a lower scale event is completelyfine in my eyes.

Months prior to 2050Chattanooga, many including myself stressed the importance of thisevent having a strong turnout. With the uncertainty of how great aturnout 2050 would have due to our community not having open eventsto attend for so long, we needed to ensure that our community wasstill hungry for events by providing 2050 with a great turnout. Wehave been able to do just that and it is already paying off.Already the buzz around future open events has started with UGCannouncing an open event in Saint Louis, Missouri from Oct.28-29.

There are also other open eventsplanned for Orange County, California and Las Vegas, Nevada, givingus a pretty large amount of events to look forward to. With 2050having such a strong turnout, I am sure ESL has taken note on howhungry we are for more events and will support at least one ofthese upcoming events planned.

With such several open eventsplanned and the possibility of even more events to be announced inthe coming future, our community finally has something to lookforward to other than just the Pro League. I would like to thankeveryone at 2050 for hosting such an amazing event and I wouldlike to thank the entire community for either showing up at theevent or watching at home.

What did you think about 2050Chattanooga? Let me know in the comments section below.