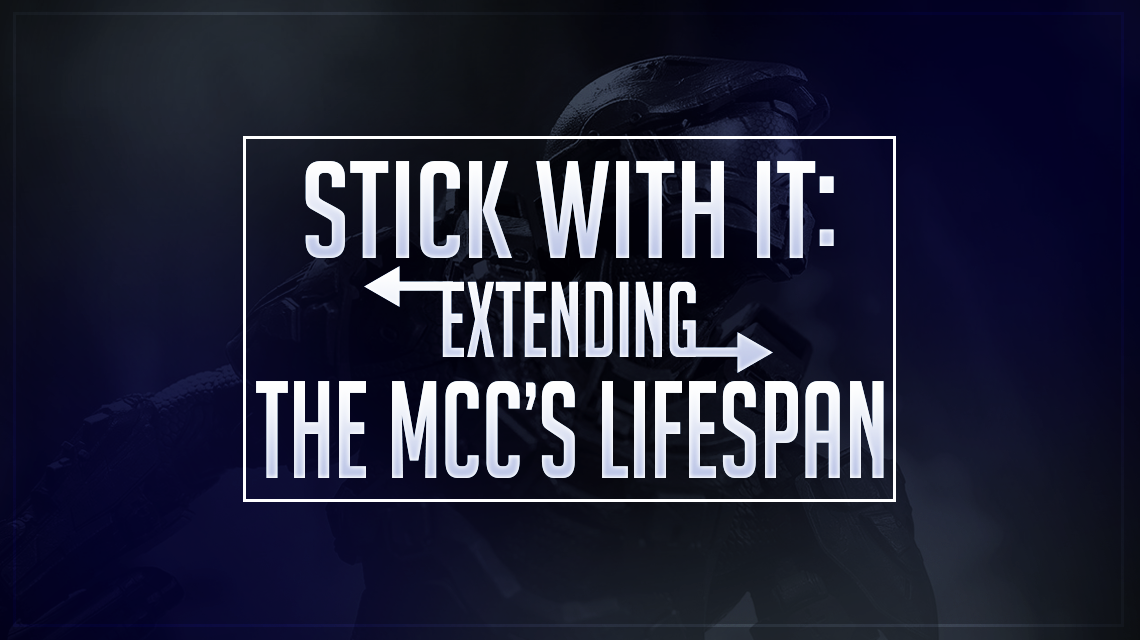 That’s how long 343 Industries’ Halo: The Master Chief Collection has, for all intents and purposes, been broken. Right now, on the Halo subreddit, one can find The Master Chief Collection Buglist thread, an extensive list of issues still present in the game. Spanning from issues with general matchmaking and frequent random rank resets to issues with hit registration in Halo: Combat Evolved, Halo 2, and Halo 3 and a seeming lack of dedicated servers (something that was a major selling point for the game), the thread is truly a testament to the colossal failure that was this game’s launch and it’s subsequent post-launch support (or lack thereof). As a result, a number of Halo players have begun to accuse 343 of essentially sweeping the seemingly perpetual disappointment of the Master Chief Collection under the rug — in order to shift attention to the upcoming launch of Halo 5: Guardians, something that paints the Microsoft Studios’ subsidiary in a far more positive light, as shown in this thread. And, those taking this viewpoint have good reason to assume it to be true because the MCC is in a headlong dash to its ultimate demise. With the aforementioned Halo 5 launch and backwards compatibility for Halo 3 and Halo 4 on the horizon (coupled with the lack of a competitive scene, at least in the case of the HCS), it stands to reason that the collection will not be able to sustain a player population large enough in order to function properly — this is to say that most matchmaking playlists will be essentially unplayable. Although this is a fate that every game experiences at some point in its lifespan, it’s particularly disquieting in this case since the Master Chief Collection is not even a year old. According to the Xbox Store’s list of most played games, the Master Chief Collection frequently spars with the similarly ill-released Battlefield 4 (more on that game in a moment) for the final position on the list’s top ten. It’s also important to keep in mind that Battlefield 4 is a year older than the Master Chief Collection. From this, we can infer, with reasonable certainty, that the Master Chief Collection generally has a peak player account in the mid-to-low twenty thousands (around 20k-25k). Although the MCC’s population may seen “decent” considering the circumstances, its unusual structure — the unification of the four Halo games under a universal user interface — requires that a much larger population exist in order for each game in the collection to be experienced properly in matchmaking and for each playlist to have a sustainable player base. Now, instead of indulging in the fact that the entire concept of a “Master Chief Collection” was a mistake (and how a standalone Halo 2: Anniversary release would have fared far better) or continuing to beat the dead horse that is the MCC’s impending death, I would like to recommend a few things that 343 can do to try and keep the MCC alive since it would be a demise far too ironic for what was once touted as the last bastion of traditional Halo.

First things first, 343 needs to fix the game; that much is patently obvious. Personally, I think that 343 should dedicate a certain amount of the Halo 5 team to working on the MCC after Halo 5’s launch, since I would assume that a significant amount of the team would be relatively freed up. In doing this, they could potentially speed up the time between patches, hastening the recovery process. Secondly, the studio also needs to come clean about how a launch of this magnitude could have been handled this poorly. A few days after the launch of the Master Chief Collection, Frank O’Connor posted on Neogaf that he would detail how the events unfolded at the studio once all was said and done. O’Connor has yet to fulfill that promise. To make matters worse, Dan Ayoub, the Executive Producer behind the project, essentially went off the grid after the issues with the MCC came to light, with his twitter account being inactive for five long months. Although we’ve gotten glimpses of some accountability, with O’Connor calling the game’s launch “a black eye” for the studio and Studio Head Bonnie Ross admitting that there should have been a beta, it’s important to note that hindsight is 20/20, and it would go a long way in repairing the relationship between franchise veterans and the current steward of the franchise.

https://twitter.com/lurkerzero/status/584048860684808193 Unfortunately, being broken isn’t the only major issue plaguing the Master Chief Collection. As a result of the disastrous launch and numerous patches that have seemingly made no progress in remedying the aforementioned issue, many players feel burned and have essentially abandoned the game. As a result, the population of the game has plummeted. This issue manifests itself in two very important and interconnected ways; first, it makes certain niche playlists unplayable as they are not enough players to consistently fill every slot in a lobby. This most notably occurs in the games with DLC-added game modes (the Battlefield franchise is notorious for suffering from this very issue), and you can see this in the original release of Halo 3 and Halo: Reach. Secondly, this also nullifies the in-game skill-based ranking system and how matchmaking finds matches based on that very rank. If there aren’t enough players for the system to match closely-ranked players, then most ranked playlists devolve into a kind of unranked playlist. Microsoft can tackle this issue head on by making Halo: The Master Chief Collection a Game with Gold. This would inject a population boost that is necessary to make the game fully functional again. Plus, let’s face it: once Halo 5 drops, the Master Chief Collection Xbox One bundles that are currently on-sale will probably be discontinued and taken off the shelves to make way for the Halo 5 Xbox One Bundle. For all intents and purposes, the Master Chief Collection has been milked; it has served its purpose in selling Xbox Ones and has filled the gap for Halo 5 (at least from a sales perspective).

A major selling point for the game, dedicated servers, quite like the functioning game that was promised, is nowhere to be found. In most instances, matchmade and custom game lobbies revert to a tradition peer-to-peer, host-based system. Thanks to an interesting glitch still plaguing the Master Chief Collection, if a match connects through peer-to-peer, the game host may be given the option to end a matchmade game as if it were a custom game lobby. Although many may attribute these issues to the five netcodes that make up the MCC, it is important to note that the CE and Halo 2 Classic versions are based on the PC ports, not the original Xbox versions. This is an important distinction since the PC versions of both games used dedicated servers and not P2P. Furthermore, if it was a bridge too far in the seemingly crammed development time allotted for MCC, they shouldn’t have trumpeted it up as a major selling point. Ultimately, it all reverts to the accountability point.

Another problem exclusive to the Master Chief Collection is its voting system. In mixed game playlists, such as the Team Slayer and Big Team Battle playlists, voting tends to be skewed in the favor of the lowest common denominator, meaning that most matchmade games tend to be slayer games on a mix of the same handfuls of maps, over and over again. This problem is exacerbated by the stark differences in gameplay across all five games as some players may have a clear preference for one game and a clear displeasure for another. Ultimately, the voting system in the Master Chief Collection needs to go since it limits the experience to what’s popular. Another some have proposed some potential alternatives, the best and simplest solution is to either replace the current system with Halo 3’s voting system. For the uninformed, in Halo 3, a random game and map was generated, and the lobby could either accept or veto this combination. If not enough votes pass the threshold to veto, the match begins normally. If enough votes pass, a new game-and-map combination is generated, and the match begins shortly thereafter. It’s a far simpler system that would work to ensure that more maps are experienced in the Master Chief Collection, without entirely stripping the players of their agency.

LAN support is something of a no-brainer to those who understand its value. Although it obviously isn’t a necessity for most players, it’s essential to the game’s competitive scene since it allows for players to host tournaments without an internet connection, allowing for play free of any latency. However, more importantly, it allows players to re-visit games long after they’ve died. For instance, imagine if Halo 2 lacked LAN support. When Microsoft shut down the original Xbox Live servers on April 14, 2010, Halo 2 would have become unplayable since it would have become impossible to connect to Xbox Live. By not having LAN support, a game’s functionality essentially becomes tied to the functionality of its online servers. If Rod Fergusson truly did get an exception from Microsoft for LAN, then 343 can do the same, allowing players to revisit the MCC long after Microsoft kills the Xbox One servers.

Even if you aren’t an active PC gamer, it’s clear that the PC gaming community has an uncanny ability to support games long after their console counterpart has been given the shaft. For whatever reason, small but loyal communities tend to spring around games on the PC. These are a myriad of examples of this, ranging from Call of Duty 4: Modern Warfare, America’s Army, Counter-Strike 1.6, to even Halo: Combat Evolved.

The PC community wants Halo. It’s the reason why modders are quite literally attempting to port Halo 3 to the PC through Halo Online. The market is there, and I think Microsoft should give them what they want. It would extend the MCC’s life indefinitely while simultaneously allowing Microsoft to cash-in on the MCC. One thing to keep in mind about this point: although this doesn’t solve the MCC’s issues on the Xbox One, it would ensure that the MCC has a future beyond the Xbox One. When Beyond did their article on the first 100 days of the Master Chief Collection, no one would have expected the game to persist in this broken state for another 200 days. Soon, it will have been a year, and Halo 5 will already be upon us. The Master Chief Collection may very well be forgotten at that point and cast aside as a failed experiment. Although it would be in 343’s best interest for the MCC’s struggles to be forgotten, it seems an unwarranted fate for a group of games that are the foundation of many childhoods, friendships, and even careers. “Stick with It” is an achievement that players get for playing a game three months after playing their first, and I hope 343 takes that advice. Either way, Halo: The Master Chief Collection needs to be fixed; I just hope people still intend to play it when it finally is. Let us know what you think in the comments below, and stay up-to-date with Halo eSports on Twitter: @eSportsNation and @ESNHalo.