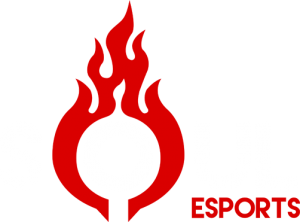 Team changes are a normal thingin competitive Halo, but in these past two seasons, the number ofteam changes have risen quite a bit. Due to there being so many,team chemistry has decreased for many teams, therefore ruiningtheir hopes of performing at the same level as defending champsCounter Logic Gaming. One team, however, has bucked revolvingdoor rosters in favor of respect and player chemistry. They areSoul eSports.

Instead of going on a massiveroster hurricane after not qualifying for the Pro League in theQualification LAN, Soul is grinding to put themselves in thebest position possible to qualify in the Last Chance Qualifier.While doing this they are not only sharpening their individualskill, but they are also building the necessary chemistry tocompete at the highest level.

In the HCS Qualification LAN of2016, Soul was not one of the top teams expected to qualify, butthey surprised many with their smart and efficient playstyle, whichallowed them to put up close games against Team Liquid. Withthe team being announced only five days before the event, Soul wasdefinitely one of the more unprepared teams going in. Despite beingso new, Soul’s innate ability to keep pace with a roster astalented as Liquid’s showed promise.

At the upcoming Last ChanceQualifier, Soul will again have to face off against moreestablished teams, including OpTic Gaming, Team Liquid, and DenialeSports. While they do not yet have the history to suggest successat this tournament, something about the overall mindset of theroster makes me pretty confident that Soul can and will impress alot of people once again. I can’t say just yet if Soul can qualify,but I believe they have all the tools necessary to do so. With agood amount of slaying power and a natural ability to run theobjective efficiently and effectively as a unit, Soul may verywell be a threat to any team that takes them lightly.

What do you think about SouleSports? Let me know in the comments section below.