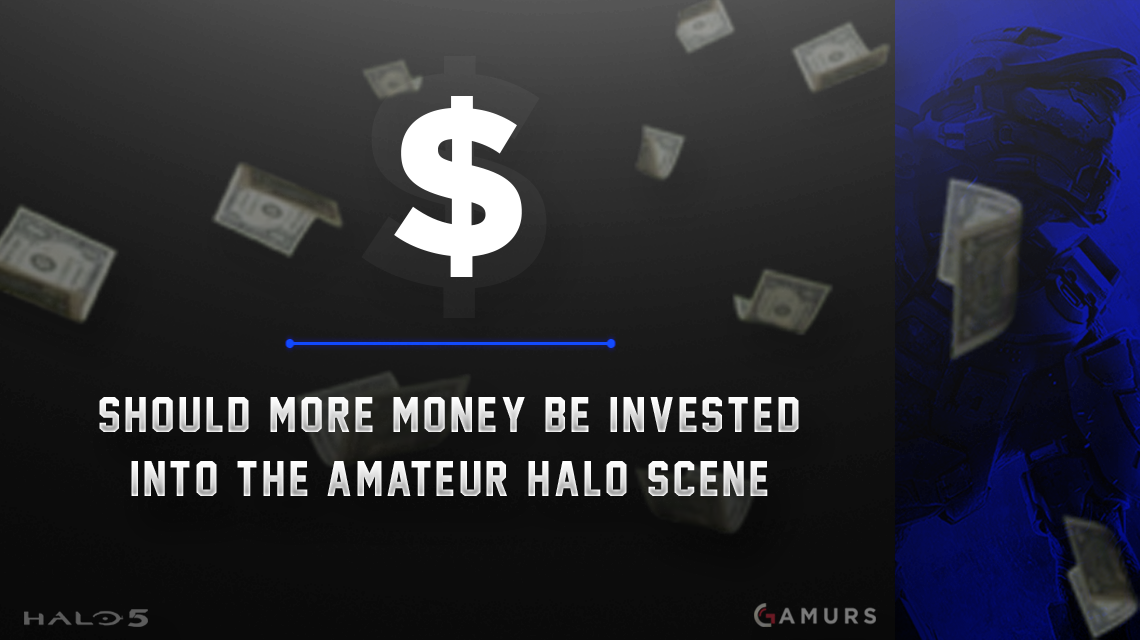 Money is what moves this worldand allows us to continue being productive as human beings. Moneyinspires us to continue working and perfecting our craft all theway until we are satisfied with the position we are in. Money isthe magical tool that can turn a small idea into a massive successand money is what drives our competitive community.

Now most competitors mayautomatically say that they don’t compete just for the moneyand they genuinely have a strong love for the game. This is a verytrue statement as most of us don’t make anything off of this game,but the money invested in our community doesn’t just directlyimpact the players themselves.

Production, advertisement,renting a venue and travel all cost money. In many scenarios, themoney invested in the event itself may cost the tournament hostmore money than the amount they invested in the prize pool. A lotof money has been invested in Pro League, so the same factors Ilisted above are the factors ESL and 343 need to consider when running the Pro League,but would our community benefit from ESL and 343 investing some more time and money into theamateur scene?

When trying to determine whetheror not it would be wise to invest more money in our amateurcommunity, we need to look past the talent itself. Everyone at thispoint who has actively watched Pro League or open circuitmatches of any competitive livestream should know that there is alot of talent emerging in our amateur scene. Young guns who haveall the talent in the world and only need an opportunity to provetheir worth. Talent is definitely not a factor we need to worryabout in this discussion, but factors, such as popularity andprofessionalism, need to be broken down to properly determine ifour amateur community is worthy of more money.

When it comes to the mostimportant factor of popularity “views,” our amateurcommunity heavily slacks in this sector. While most pros average afew hundred views or less in every stream, the top amateur playerswho stream average just over 100 views or less, which is notgood.

Under the assumption that eachtop amateur player or team would bring their own small fan base tothe open circuit streamed matches, we would only average a fewhundred views per livestream, meaning that the stream itself wouldearn penny change compared to the money invested in the opencircuit. Outside of livestreaming, a lot of these top amateurs still have a small followingon other social media platforms, such as Twitter. Most only have a few hundred followers ormaybe even less, making it very hard to see any value in theseplayers.

Personally, I hate to determinethe value of a player solely off of their following when theyinvest most of their time perfecting their skill. It is somethingthat I feel is very unfair to the players themselves, but thereality is that unless these competitors are connected to some sortof popular organization or business, they bring very littleeconomic value, which is a very important factor when your thinkingabout investing money into the amateur scene.

Although ESL and 343 should expect to carry almost all of thefinancial load by themselves, they may want some additionalfinancial assistance in the future with major sponsors. This is afinancial strategy almost every tournament host hopes to haveavailable to them over time, as it offers them more opportunitiesto improve their service with some of the financial weight takenoff their shoulders.

These kinds of sponsors arealways taken very serious as there tends to be a lot of money onthe line. Typically only solidified companies would look into thesekinds of sponsorships and since they have a brand they need torepresent, professionalism automatically becomes a factor in asponsorship. Halo, like almost every other well known esport, isknown for having a pretty aggressive and immature amateurcommunity.

Trash talk is a common form ofcommunication amongst most competitors and very often you will seearguments taken too far, which raises a red flag when discussingprofessionalisim for the amateur community. Just like most peoplein the community, I enjoy hearing the occasional trash talk, butmost of us could agree that it simply isn’t a good look for us ifour amateur community were to have serious sponsors backing some ofour tournaments.

To me, these two factors are themost important I would look into if I were to invest more moneyinto our amateur community. Unfortunately, our amateurcommunity doesn’t do very well in either one of thesefactors, making me feel that we aren’t quite ready just yetfor more money to be invested. Our amateur community is still verysmall and brings very little economic value to ESL and the added problems with maturity ensuresthe fact that we simply aren’t ready for ESL to take things more serious justyet.

Personally, this is somethingthat is very disappointing to me. Most of the amateur competitorshave very little to compete for, but this is the reality for prettymuch every sport. The money typically is focused around theprofessional level, while everyone else struggles to find a way tobecome pro.

A great example of this is theNBA, while the professionals get lucrative, multi-million dollarcontracts that set them for life, while every other competitor istrying to fight their way to the top. Even NBA D-League players,who are technically still considered pros, can make less than aprivate school teacher no matter how much work they putin.

While some may find this to beunfair for the players, one can make the argument that this addsfuel to the fire within these aspiring players. It makes youhungrier to get into the NBA, therefore forcing you to perfect yourcraft and make you the best possible player you canbecome.

This same exact concept can thenbe applied in competitive Halo. While the pros enjoy theircontracts, sponsors and popularity, the amateurs are still at thebottom of the food chain, fighting for a Pro League spot, and thedesire to be in the same position as the pros forces them to tryeven harder.

What do you think about moremoney being invested in the amateur scene? Let me know in thecomments section below.