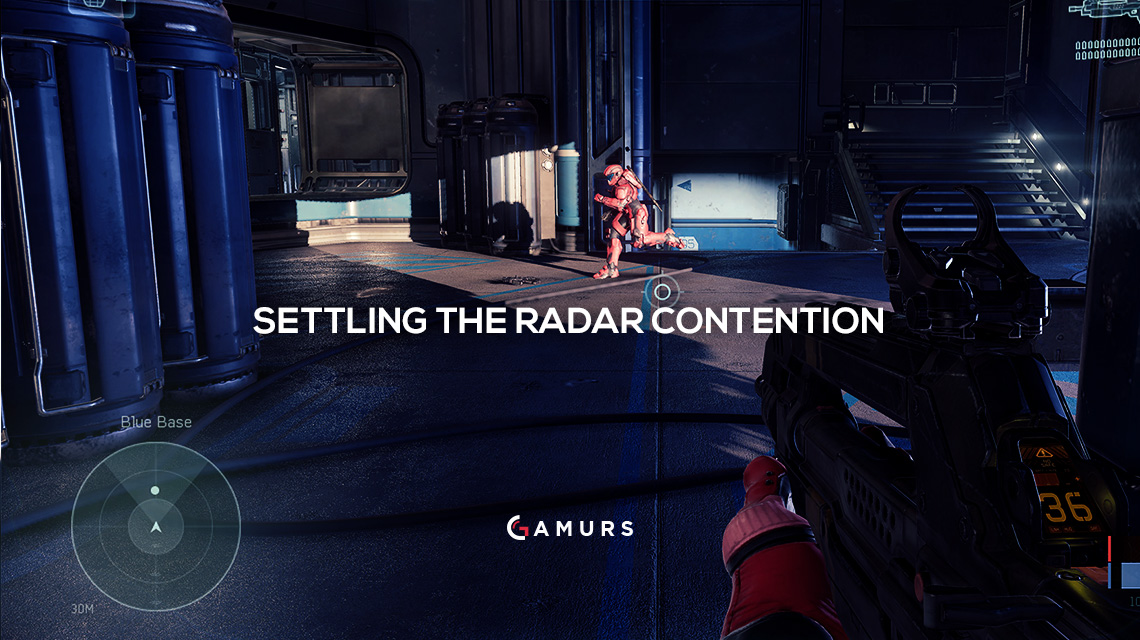 Every so often, our community finds a component of the game to scrutinize and debate over. Components such as sprint, starting weapons, maps or any other aspect that heavily impacts the game often gets debated and eventually turns into heated topics that, at times, can split our community. Although it has always been a topic of discussion ever since the beginning of the game, the use of radar seems to have gained some attention as to whether or not it should stay as a part of competitive play. Both sides raise vigorous arguments, but which side carries more merit in their argument? Those who believe that based off of history, emotion and proven complications within the game that radar has no place in competitive Halo, or those who believe based off of its lengthy tenure within the game that Halo 5 should maintain radar, but a more adapted version of it that may be capable of satisfying both sides.

In the past, I wrote a comprehensive article giving my opinion on this matter. I believe that my solution to this matter, which was to provide a more adapted radar, would have been a great solution to this dilemma as many seem to argue my same points after. However, 343 has yet to make any significant changes to the mechanic urging me to once again give a solution that may hopefully convince them that a solution needs to be made on this precarious matter.

Throughout my years studying competitive Halo, I have always been astounded by the overwhelming feedback our community provides to our developer on what we believe will enhance the game. As individuals who develop strong opinions on certain matters over time, it makes sense for many of us to develop strong opinions on a game we deeply care about. I believe that at this point, 343 should take advantage of the ability this community possesses by allowing us to try a temporary playlist that features “no radar” competitive settings and allow us to vote on whether or not radar should be removed from the competitive settings as a whole.

I believe that our community’s exasperation has gone beyond statistical squabble or an emotion-filled quarrel. I would argue that these rebuttals only fuel the opposing side’s anger and prevent us from progressing. The reality is that these altercations we have with one another will get us nowhere. We all believe what we believe and at the end of the day, nothing we do can change another person’s opinion or the game we love. At this point, the only solution I see to this matter is to allow the community to vote on which setting best fits the community’s competitive desires. No matter what argument someone brings to the table, I don’t believe that anyone can argue my point that if the community isn’t satisfied with the current settings, then the settings should be changed.

What do you think about my take on the radar contention? Let me know in the comments section below.