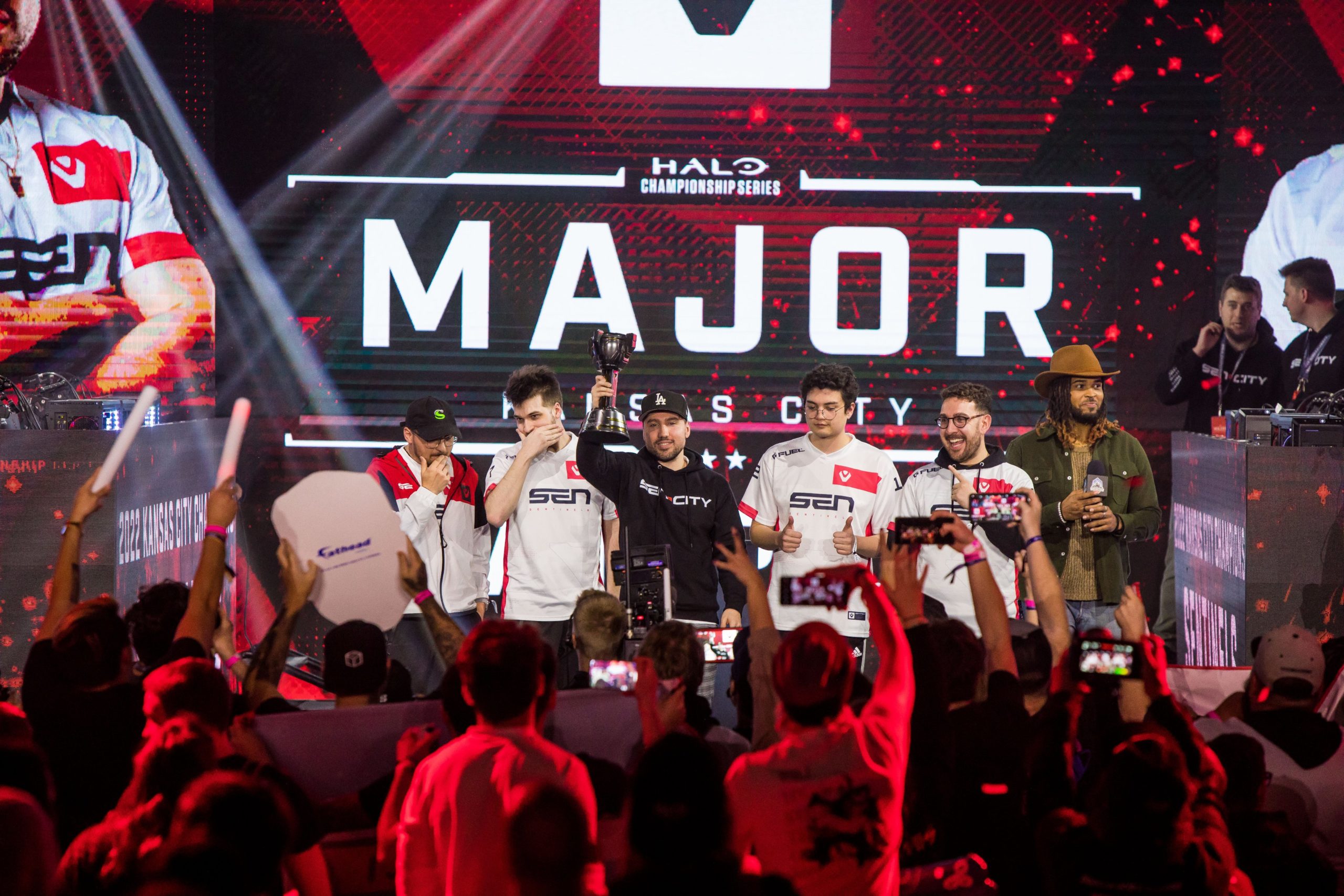 Heading into HCS Kansas City, few would have predicted the grand final matchup we got on Championship Sunday. Despite a slow start to the Halo Infinite competitive season, the legendary players on Sentinels unexpectedly dominated the weekend with strong performances against HCS Raleigh winners Cloud9 and a resurgent OpTic Gaming.

Sentinels handed C9 their first LAN loss in a 3-1 series for the winners semifinal and the grand finals rematch following C9’s return from the lower bracket was an even stronger display of veteran talent. Sentinels swept C9 with a clean 4-0, letting the reigning Major champions’ previously flawless record in Halo Infinite fade away with a flicker.

The tale of the grand finals was similar to that of the teams’ matchup earlier that day, with the main slaying duo of Frosty and Royal 2 on Sentinels outclassing the efforts of C9. With both teams evenly matched in their objective efficiency, closing out a map came down to kills and then control of the pace following those kills. With Frosty posting a 1.29 K/D alongside Royal 2’s impressive 1.4 K/D, C9 had little breathing room to work with and any error in their strategy was costly. Frantic listen-ins to the usually calm and collected boys in blue put the frustrations they were facing in dictating the game’s pace on full display.

C9 showed only flashes of control across the four games, with Capture The Flag on Aquarius seeing a back and forth of flag captures before Sentinels closed it out 5-3. But Sentinels’ victories looked effortless across the rest of the maps. In what would be the last game of the finals on Streets Strongholds, and a microcosm for the series as a whole, Sentinels consistently amassed 70 to 80-point runs each time they wrestled back control of two or three zones. C9’s brief periods of scrappy objective time, by comparison, only gave them 85 points total by the end of the match.

The lack of impact from Renegade, a usually consistent slaying presence for the roster, was potentially another key factor in C9’s defeat. When C9 have control of a match and Eco’s in-game leadership can guide their rotations, Renegade’s positioning and clutch factor can heavily influence the outcome of a game. At HCS Anaheim earlier this year, he averaged a 1.32 K/D throughout the tournament. But Sentinels shut him down in the grand finals in Kansas City and he was unable to break even with only a 0.97 K/D in the face of a series sweep. The rest of C9 didn’t fare much better, lagging 35 kills and 12 assists behind Sentinels overall.

With Sentinels back to form in a big way, there is the potential to see them rebuild the dominant streak the roster held during Halo 5: Guardians. This same roster were world champions in both 2016 and 2017, never missing the grand finals of a Major tournament for a six-year period and only rarely being the one taking home the silver medal. The success of the OpTic and C9 rosters in Halo Infinite’s first two LAN tournaments showed that Sentinels had potentially reached the twilight of their golden years, but instead, Kansas City showed that the old dogs still have some new tricks to share.

“We’ve been working really hard, we had a lot of adversity at the start of the year,” Sentinels coach Royal 1 said following their victory. “I know a lot of people have been doubting us, a lot of people thinking that we’ve fallen off, but we belong here and we showed that today.”

This was a sentiment echoed by the team’s captain, Snakebite. “We knew we could do it,” he said. “As soon as the day started, we just said let’s play our game, play confident, and let that carry us through. I’m really proud of the team.”

Sentinels will be aiming to maintain their position atop the competitive Halo throne later this year at the next HCS Major in Orlando. With a lengthy four-month wait until then, though, the likes of C9, OpTic, and eUnited have a lot of time to iron out their issues and return to the main stage in a significantly more competitive form. Fans of European Halo won’t have to wait quite as long for more tournament action, with the continent’s regional finals being hosted live in Valencia this July.