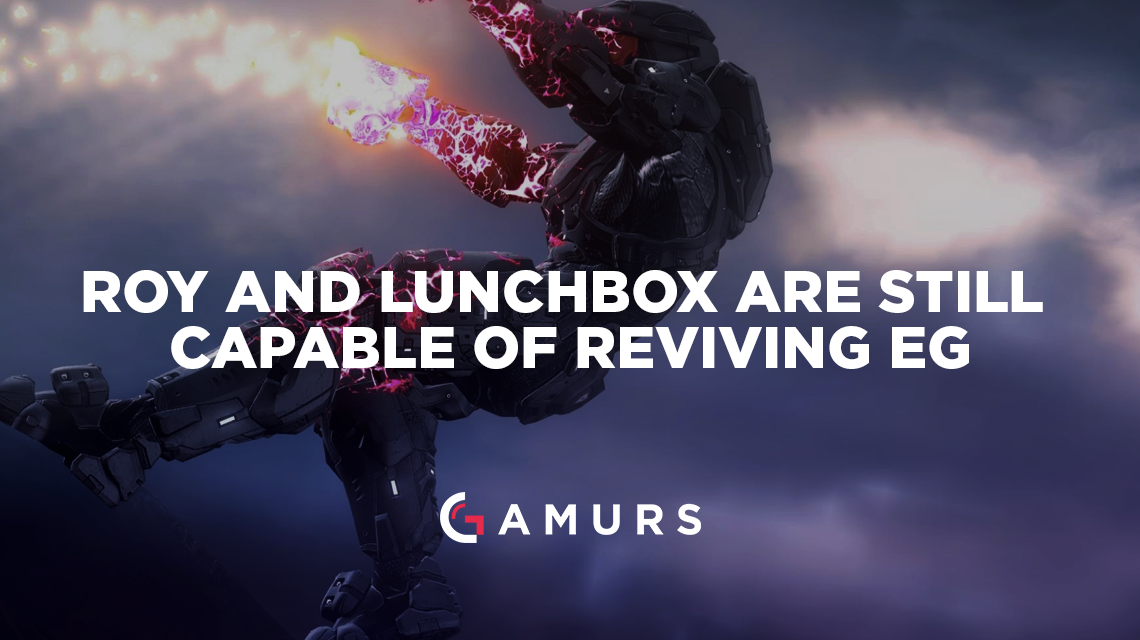 Evil Geniuses‘s continuous failure to resurrect their once feared reputation as a Halo team has put a bitter taste in the mouths of everyone connected to the organization. However, no one has been through the ups and downs as much as the long-time EG members Jason “Lunchbox” Brown and Justin “Roy” Brown. This storied duo, who has maintained their professional unity ever since Halo 2, is most certainly more than qualified to revive this dying team. However, their most recent history says otherwise, and after the harrowing departure of long-time and championship winning teammate Eric “Snip3down” Wrona, Lunchbox and Roy look significantly more vulnerable than they did in the past. This leaves the confrontational question of whether or not Lunchbox and Roy are still capable of reviving EG up for discussion.

Time and time again, chemistry proves to be one of the most dominant factors in a team’s success. The ability to have a deep understanding of what your teammates want to do and plan on doing while competing at the same time can be the ultimate determination of whether or not your team wins a championship. In an era where talent is reaching new heights and we may very well discover individuals who potentially behold the ability to top even some of the all-time greats, your ability to possess a great level of talent heavily increases your stock as a player, and I would even go as far as to say that an individual’s level of talent is valued more heavily today then it was in the past. In many ways, I believe that this causes some, outside of the competitors themselves, to not consider just how impactful chemistry can be and overlook it to focus more on the talent. Roy and Lunchbox provide EG with a level of chemistry that I believe, if suited with the right players, can easily be compared to the top dogs in OpTic Gaming and Team EnVyUs.

So many who don’t truly know Roy and Lunchbox seem to not realize just how passionate this duo is to perfecting their craft and giving their team the best chance of winning. This isn’t some overrated duo of lackluster individuals who has little to no impact on their team. These two are the real deal, and although both are capable of committing spectacular acts on there own, together they are one of the most powerful forces in Halo. This also isn’t some soft, loving duo of brothers who crumbles when criticism is needed. Both players aren’t afraid to dish and take the criticism in the hopes that it would better improve the team’s overall performance.

This bond of passionate, tough, brotherly love for one another is not only a rarity to have for teams, but it is also an extremely valuable asset for players who may need teammates capable of going the extra mile to help them improve. Although I am not discrediting any pro player, I am a strong believer that Roy and Lunchbox are amongst some of the hardest working pros within the pro league, based off of their innumerable amount of hours invested into the game and practice each day, and their often extremely extensive evaluation of every scrim, which should also be credited to their coach Ryan “Towey” Towey and analyst Tom “Ogre 2” Ryan. In my eyes, this creates a very comforting safe haven for any young, talented individual who is determined to improve on their already spectacular abilities to make them the most dominant player they can possibly be.

This leads me to the two newest members of EG’s Halo team: Cody “Contra” Szczodrowski and Devon “PreDevoNator” Layton. Once two of the brightest stars to emerge in the Halo scene, Contra and PreDevoNator are now forming into formidable players who show signs of experience and maturity. They are both also looking for the next step to progress their careers, and the great EG duo may very well be their best option. Although their scrims have been anything but great with a 0-5 W/L ratio, there is still plenty of time this season to improve on their weaknesses, and hopefully progress on where they left off with Tyler “Ninja” Blevins and Braedon “StelluR” Boettcher.

I stand firmly with the belief that Roy and Lunchbox are capable of reviving EG, but it is ultimately up to this team to show it. Although a championship this season may not be the most realistic goal for this club, considering the great level of championship-caliber teams competing this season, being just a few steps aways from claiming a championship is most currently a realistic goal that I hope this team is able to achieve, not only for EG’s reputation as one of the most dominant organizations within esports, but also for Roy and Lunchbox’s reputation as one of the most dominant duos in Halo history.

What do you think about Lunchbox and Roy being capable of reviving EG? Let me know in the comments section below.