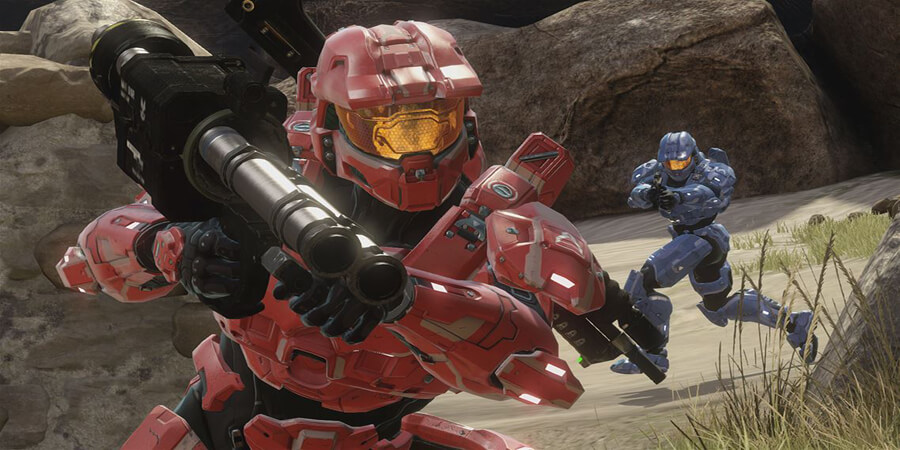 This weekend we saw the end of online cups for HCS Season Two. Now all that’s left is two LANs, one in Indianapolis as well as the season finals at the ESL studios in Burbank, and I couldn’t be happier. Anyone who follows the HCS can tell you what a train wreck the online portion has been this season.

Each week saw another Legendary Bracket come and go and every time at least one team was left disappointed due to things out of their control. The results of these tournaments were not decided by the skill of the players, instead they were decided on the whims of one or more DDOSers.

This has been a problem since the beginning of season two, DDOSing and the broken state of the Master Chief Collection have essentially made several weekly cups unbearable for fans of good Halo and players who are having their future dictated for them. Could you imagine if in a game like DotA or StarCraft an essential part of a tournament was decided by some random at the drop of a hat? Fans would be livid!

Unfortunately there is very little that can be done. Although Skype is often blamed it is not the only way that the DDOSers get access to player’s IPs. This group of delinquents have taken to sniping various pros in MCC matchmaking, allowing them to get their IP addresses. This is especially problematic because there are several pros that can not change their IPs due to their relationship with their ISP. Teams should obviously take every precaution possible to be able to compete each week, but should they really have to worry about such a thing? The format of a tournament should not dictate teams to jump through hoops to be able to play.

If online cups will always be a problem, then what is the obvious solution? Many people have said that ESL should have stopped the online cups and just gone back to the classic days of a series of LAN events. Its a sad thing to say but this was impossible, the online cups were a necessary evil in order to keep competitive Halo alive. But the future looks much brighter.

Staying in the present, why couldn’t the HCS feature more LANs? Events are expensive. Most people have no idea what it actually costs to run an event, for those that don’t: it’s not cheap. For games that draw a large crowd, sponsorships and team pass sales these sorts of events aren’t a problem. But Halo just doesn’t have any of those three three things. Tournaments are lucky if they break 10k viewers and the major sponsors of the HCS, various event organizers such as Iron Gaming or Pro Gaming League and of course 343i themselves, have sent the message quite clearly of how much they’re willing to put in.

If large events were out of the question, why not just host a smaller LAN? This was certainly a possibility as ESL and 343i actually outlined something known as an “HCS Gold Event”. If you aren’t familiar with what this means, at the beginning of Season One different levels of events were explained, online cups were in one category as well as three different levels of LAN event. Too bad we only ever say the two highest levels (Platinum and Diamond). It appears like no tournament organizers took the bait, which put Halo in a poor position: The game is too small to support several large events but the smaller events needed are not attractive enough to pull in any support from organizers. This is why the scene has been punished to an endless limbo of dealing with online tournaments for almost the past two months. But perhaps there is light at the end of the tunnel?

Many members of the community have questioned how successful Halo 5: Guardians will be for the competitive scene. But with recent rumors and speculation about how 343i intends to crowd fund (including confirmation on a portion of REQ Packs supporting the scene!) has started to convert many of the skeptics. The game also appears to be made to appeal to tournament organizers with additions such as the long needed spectator mode. Word has it that 343i has even more planned for the future of the HCS, but only one thing is true: Halo 5 is do or die for this generation of competitive Halo.

Here at eSports Guru we intend to write a series of articles in the time between the end of Season Two and the release of H5 regarding the future of the competitive scene. Look out for it if you hope to hear more on the potential future of the game we all love! As always, remember to check out us out here for all your other HCS content needs.