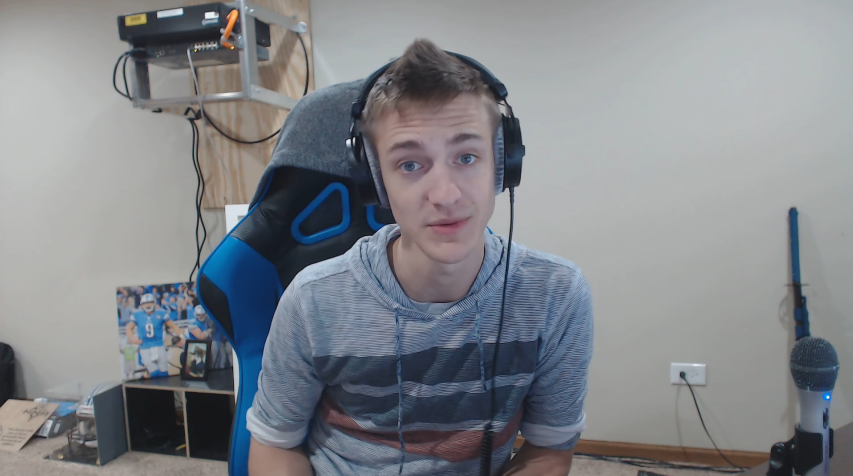 One of Halo esports’ most well-known players and biggest personalities is pausing his career to pursue other opportunities.

Tyler “Ninja” Blevins announced on Aug. 13 via a YouTube video that he would not be competing in the upcoming fall season of the Halo Championship Series Pro League. His reasoning based around his recent marriage, exploring his career in streaming, and dedicating himself more to PlayerUnknown’s Battlegrounds.

Ninja also expressed his frustration with the game that he has been competing in for nearly a decade. The fact that the HCS Fall Finals at DreamHack Denver are scheduled for the same weekend as TwitchCon seemed to really upset him.

“I think it’s the stupidest thing in the world,” he said. “TwitchCon has H1Z1 tournaments, [they have been] held there the last two years and other tournaments that are held there. It’s just a massive gathering and I can’t miss that.

“At that point, it’s a battle of Halo esports, which let’s be honest. It’s a joke. It’s not even like the people are doing a bad job. It’s like 100 percent there is no budget there and there’s definitely not enough people or staff. It’s because they don’t fucking care. It’s a joke.”

Continuing on the topic of Halo and the HCS, Ninja pointed out problems in the game that has hurt competitive play, including heavy aim, blank melees, radar, and automatic rifles. He also was frustrated that Oddball was not included until just recently and is still not a part of the HCS game types. Ninja really had no reasons on why these things were not, or have not, been fixed.

“I don’t know what they’re doing, I don’t know who’s running the show, but at this point, I think they just don’t care,” he said. “They don’t care, they don’t give a shit, or there’s just some fucking corrupt people at the top who don’t care! So whatever. I’m done. I’m happy to be taking a break.”

Ninja had been on the Luminosity Gaming Halo roster since January, but his indefinite break will force his former LG teammates to make a change to their roster. With the Aug. 20 roster lock looming, Bradley “aPG” Laws, Tommy “Saiyan” Wilson, and Joe “TriPPPeY” Taylor will have just under a week to find a replacement before the HCS Pro League’s final season of the year begins.

Following his honeymoon, which ends on Aug. 20, Ninja will be traveling to Cologne, Germany to compete in the gamescom PUBG Invitational from Aug. 23 to 26. He plans to return to full-time streaming on Twitch after the tournament.