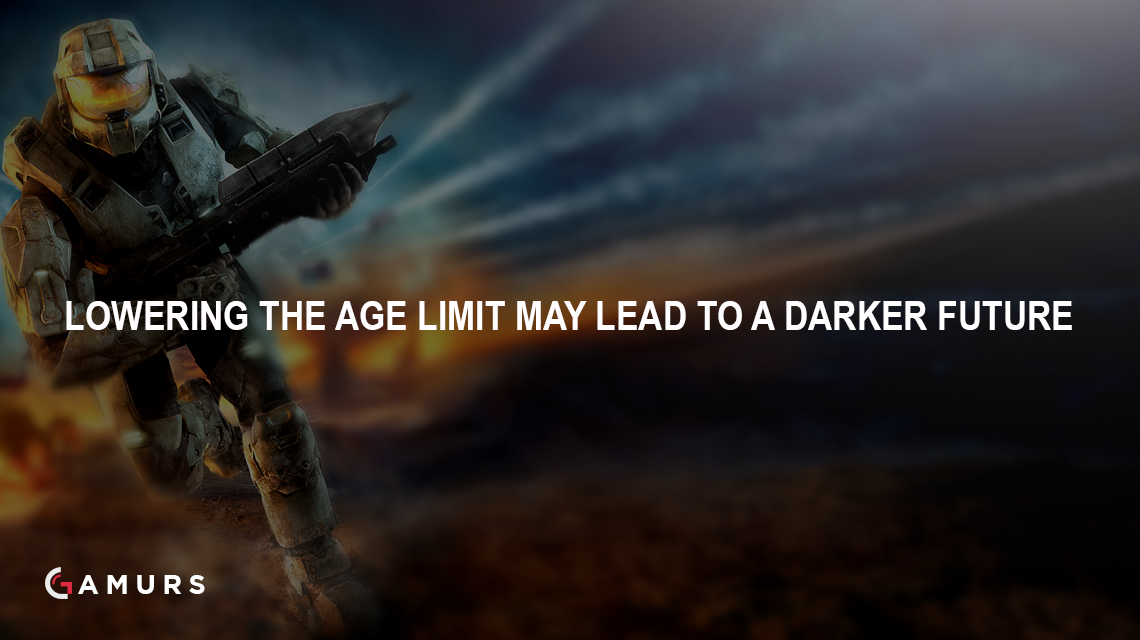 After receiving the community’s feedback insisting that lowered age restrictions for the 2017 Halo World Championship would be the wisest decision to ensure that the maximum amount of talent became involved in the competition, 343 has granted the community’s wishes by lowering the age limit to players who are 13-year-old or over for North American competitors. This enables several top amateur players, who are believed by many to be pro bound, to compete and potentially earn pro status. However, could the swift transition from an amateur to pro be the best senerio for the sake of an individual’s overall development as a player at such a young age?

In my younger teenage years, I possessed a very ignorant perspective on the competitive scene and was unable to consider what someone’s expectations would be upon entering that pro level. I, like many, looked primarily at skill as the key asset to a player’s ability to reach pro status and heavily undervalued every other asset that has been proven to be crucial for a player’s career.

As I’ve grown older and been able to continue progressing through this unforeseeable future of journalism centered around the competitive Halo scene, I have gained experiences and learned valuable lessons on competitive Halo that many who usually compete don’t gain, whether it’s because they simply can’t or don’t take the time to look into it and would rather talk solely from experience. Due to my experiences, I have developed a more generalized perspective on certain situations, such as young teenagers competing. I’m not necessarily opposed to them competing, but I am opposed to them competing at a pro level at such an early age when they have so much left to learn.

I have had numerous encounters with young, talented individuals who possess an undeserved, egotistical persona that prevents them from progressing as players. While I have grown in age and intelligence, at the same time, I am under the belief that many young competitors today are immensely undisciplined. Their lack of discipline and respect for the basic fundamentals of competition – such as sportsmanship, attention to detail and leadership within the community – makes me perturbed that these young amateurs may not be ready to enter the pro level. If a pro team chooses them solely for their talent, not only will a team burden themselves with an individual who has many liabilities that need to be improved on, but they also risk raising the level of ignorance in that individual, which may prevent them from even considering any adjustments that need to be made in the future. This could ultimately have a drastic effect on that individual’s reputation as a competitor and may cause their overall competitive career to not be as glorified as it could have potentially been.

Although this generalization does not mean that every young individual possesses the complications I listed above, I believe that the majority of young teenagers do possess this lack of discipline, which can be seen outside of gaming if you look at American culture as a whole. Denying that teenagers tend to lack a sense of discipline for authority is a bit silly in my opinion, considering how this dilemma is shown all over American media. It is a problem many, including myself, faced and and it is up to us to grow out of it as we get older.

I am sure that one may bring up the valid argument that if a talented individual faces these disciplinary complications in competition, then wouldn’t it be best to be mentored and receive advice from professionals who may have faced these same problems at a younger age? Although I definitely agree that someone who has experienced the same difficulties would be the best source for advice, giving this advice doesn’t mean that a roster spot on a pro team needs to be sacrificed to mold a young individual into a competitor prepared to meet all the expectations that come with being a pro. Several pros are generous enough to take the time to mentor young competitors behind the scenes and give them the advice necessary to progress.

Another dispute that may also be made is that not allowing these young amateurs to compete at the pro level gives them no environment to improve on their difficulties, which I personally feel is incorrect. Young players now have an amateur league known as the Esports Minor League or “ESML,” but this wasn’t around until very recently. This is a well-ran league featuring some of the most respected faces in competitive Halo, such as Dylan “Proverb” Roberts and David “Knighty” Irwin. It offers amateur players a “pro-like” competitive experience through forcing them to abide by competitive rules, prioritize their time around the competitive league, act as a role model within the scene and recognize that the way you act reflects on the organization and league you represent.

To many, this may seem like a miniscule improvement that has a minimal impact on the player’s overall progression. However, in today’s era of competition where the players are no longer the only factors on deciding who gets on a team, these “miniscule” factors grow more important as careers becomes more professional.

I don’t view the HWC age limit as a threat to the young competitors, as the chances for most of them to become pro this year are very minimal and the great level of dedication many will put into the game would be a great experience for anyone looking to put their name out there. I am, however, concerned that if the pro league follows this age limit, we may see some desperate pro teams pick up young players who may have the skill required to compete at a top level, but may not have the maturity and discipline to tolerate all of the expectations necessary to compete at that level. This could bring unnecessary controversy around the teams and organizations that may be obligated to take care of those players for a certain duration of time.

This is all my opinion, however, and a lowered age limit may prove to be a great decision for the sake of competition. Either way, let me know how you feel in the comments section below.