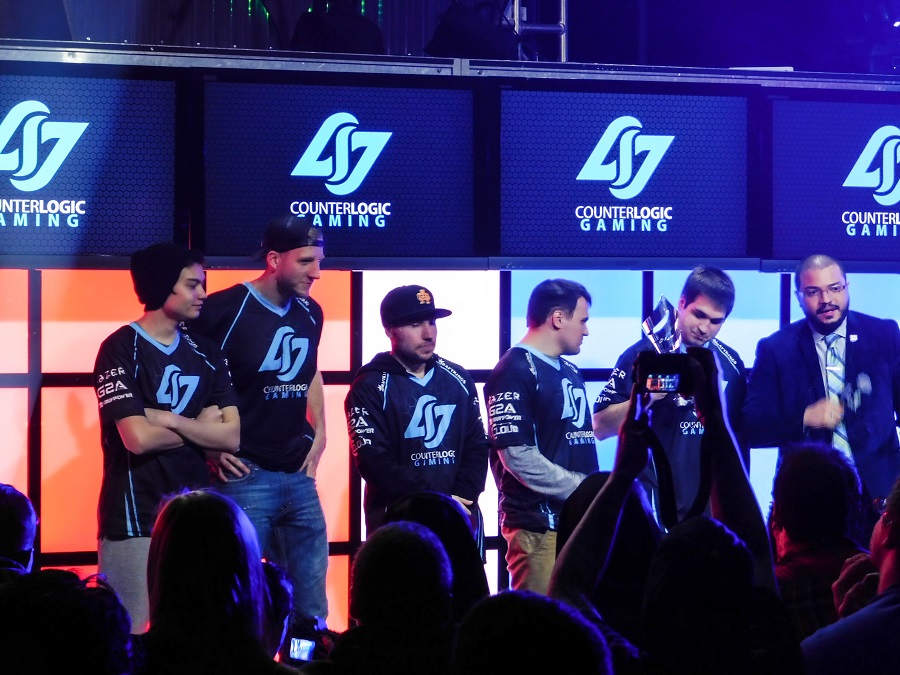 This weekend the North American Halo Regional Finals took place in Columbus, Ohio at MLG Arena. The top 16 teams from North America battled it out in the hopes to break into the top 8 and qualify for the Halo World Championship in Hollywood, California. Here are the final results.

1st: $20,000: Counter Logic Gaming As predicted, CLG placed first at this event. The very talented team consisting of Lethul, Royal 2, SnakeBite, and Frosty was determined to redeem themselves after a hard loss to EG in X Games Aspen. They came out firing after pool play, 3-0ing Renegades in the quarterfinals and 4-0ing EG in the semifinals. They had a very competitive series against Denial in the grand finals, but CLG flexed their experience and earned a 4-2 victory. 2nd: $10,000: Denial eSports Denial was one of the biggest surprises this event. They were not one of the teams we predicted to break into the top 8 due to their lack of experience, but this talented team consisting of Contra, PreDevoNator, Bubu Dubu, and Huke showed us all that they deserve to be in the HWC. They had some nail biting matches against Liquid and Allegiance in the quarter and semifinals, coming out on top, but they took a hard loss to CLG in the grand finals losing 4-2. Halo fans were really impressed with how Huke performed in this event. Being a former CoD pro, he is one of the first pros to ever transition to competitive Halo and his ability to quickly become pro in this game is very impressive. He made a lot of clutch plays for this team and really helped them out when they needed him the most. 3rd: $5,000: Team Allegiance We predicted Allegiance to place 3rd due to the problems they have been facing in recent weeks. This team seems a bit disconnected compared to how great they were playing a few weeks back in the online qualifiers. They had a good win against Noble in the quarterfinals but lost to Denial in the semis 4-3. However, this team has a lot of talent and are capable of winning an event. 4th: $5,000: Evil Geniuses No one could have seriously predicted that EG would take 3rd/4th this event. They looked great at X Games, but were completely dismantled by CLG this time around, losing 4-0 in the semifinals. They also were challenged by Denial in pool play. This was definitely not the performance one would expect from this team and hopefully they can bounce back for the Halo World Championship. 5th: $2,500: Team Liquid   After their rough performance in X Games, TL came back and performed at Regionals. They were able to beat their rivals, Renegades, in pool play which guaranteed them a spot at the HWC. However, they took a rough loss to Denial in the quarterfinals, losing 3-2. This team definitely looked a lot more connected compared to X Games. Hopefully, they can keep it up for the HWC. 6th: $2,500: Renegades   We expected Renegades to place 4th this event but they did not perform nearly as well as they did at X Games. This team lost to rival, Team Liquid, in pool play which must have put them in a bad mood during the quarterfinals, where they lost 3-0 to CLG. Of course, CLG is a strong squad and went on to win the entire event. Renegades were not as dominate as they usually are and they seemed to get out played often. 7th: $2,500: Noble eSports Noble was a huge shocker this event. Nobody expected this team to play as well as they did. One player in particular that surprised everyone was Penguin, whose ability to slay allowed his team to perform well. This is a team that is filled with four talented rookie players entering a pro environment for the first time, so 7th is more than impressive.   8th: $2,500: Triggers Pound

After leaving OpTic Gaming to join up with Cloud, Hysteria, and Danoxcide, Assault was hoping this new team would be an improvement from his original OpTic Gaming team. His departure for this new team would wind up paying off with Triggers Pound beating OpTic Gaming in their first pool play match 3-1. This helped put TG in better position to break into the top 8 and qualify for the HWC. Once they entered the quarterfinals, they were swept 3-0 by EG.   The Halo World Championship is going to be on March 15th in Hollywood, California. This means that these NA Halo teams have more then enough time to improve their weaknesses and maintain their strengths. They will be going up against not only the top European teams, but the top teams from four different regions, whom the NA teams don’t have to opportunity to play against, so they may not be prepared for whatever new strategies these new teams have to offer. This is going to be a historical event with the HWC boasting a $2,500,000 prize pool, the largest ever for a console esport! Who do you think will win the HWC and take home a massive chunk of that 2.5 million dollar prize pool? Let us know in the comments section below.