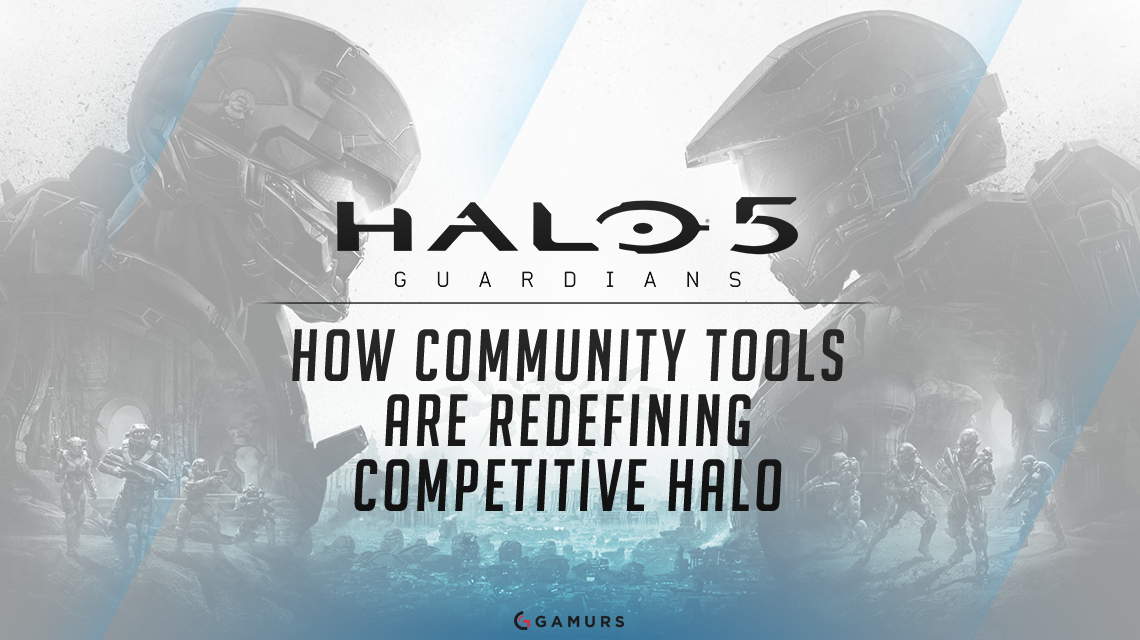 The revival of competitive Halothrough the Halo Championship Series has completely redefined thelandscape that fans were familiar with from the old days. With aninflux of funding and support from Microsoft, as well as 343Industries, the game is finally getting the developer and publisherbacking that it deserves. But too often in esports, this supportmeans losing the community involvement and grassroots feel thatcompetitive gaming was founded on. Thankfully, this has not beenthe case for the HCS, in fact, it has birthed a new generation ofcommunity tools that are pushing the boundaries of what wasavailable in the days of MLG.

Halo 5 Arena, a website launched by community memberCharas, has given the community a new way to follow teams outsideof the pro league. Acting as the ultimate scrim and ranked playtracker, the site provides any statistics you can think of. If ateam does not stream their scrim, or you simply do not have thetime to sit down and watch it, you can find everything you need tohave an idea of how the set went. The days of finding out aboutvague scrim results from someone online are gone now that you cansee exactly how it happened without even having to deal with theless than desirable stock stat tracker offered at Halo Waypoint.This leads to more information being available to the greatercommunity, and fans are able to make more informed opinions abouttheir favourite teams.

Not only does it offer accessfor scrims, but if you miss a game from the pro league, all of theinformation regarding the game will be available there as well.Whether it be merely who won or the damage done by a particularplayer, Halo 5 Arena has it all.

The website also providesin-depth stats for the ordinary player. While many similar websiteshave done this throughout the history of Halo, none have provided aplatform with as much dedication to the competitivescene.

Completely changing how fanswatch competitive Halo is theFantasy HCS website. Originally a twitter project, applyingthis classic concept of fantasy sports to Halo has revitalized manyfans’ interest in the game. For more people, every gamematters now. Every kill or assist makes an impact on whether or notyou beat your friends. This is especially important in an era whereit feels like one team, Counter Logic Gaming, is far ahead of thepack. For many, there is now an incentive to follow the games thatare perhaps lesser in quality as they can still provide the sameexcitement and competitiveness as a first and second placeshowdown.

This same concept applies to theEuropean scene. For a long time, EU has been a sideshow that themajority of fans only have an unclear idea of what is actuallygoing on. Fantasy HCS provides an avenue to not only get educatedon the players and teams, but a reason to get excited about it aswell.

Currently, there are almost 200leagues, with tons of active players taking part. Whether or notyou are taking part in Fantasy HCS, it has certainly made an impacton how viewers consume competitive Halo.

Very similar to the impact thatFantasy HCS has made, HCS Power Rankings are bringing more ways to think about thecompetitive scene to the community. Organized by VinFTW, no longerdo we have to wait for the weekly Team Beyond power rankings to golive in order to create a slew of drama, instead we can do itourselves.

Some have contested that theyact only as popularity contests rather than their actual purposebut the power rankings give fans a way to express their opinions inan open and anonymous way. All those wishing to participate have todo is vote in the survey tweeted out by the HCS Power Rankingsaccount each week, it is that simple.

In terms of actually gettingplayers to play the game, Team Beyond’s tournamentplatform has done justthat. Sites that host tournaments that anyone can sign up and playfor have been around forever, but none stand out right now in theway that Team Beyond’s does. Players can take part in bothtwo-on-two and four-on-four tournaments, with the much desiredFree-for-Alls coming at the end of the month. The best part is thatthe winners of these tournaments are not just playing for tokens orchump change; every week, a prize pool is put up by Astro Gaming, aheadset manufacturer. It might not be life changing money, but itis more than enough.

But do not think you are goingto be able to walk away with the money just because you are one ofthe best Halo players on your block. Team Beyond’stournaments feature players from the HCS, making it extremelycompetitive. They also feature a casted stream and betterproduction value than anyone else doing the same thing.

There are plenty of othercommunity tools that are developing the competitive scene, theseare just some of the most prominent. Hopefully in the future, wewill be able to spotlight others as well. If you have not yet, makesure you check them out as well at ESL’s portal for competitiveHalo where many othercommunity resources can be found.

Do you use any of these websitesand tools? Let us know in the comments below or tweet us @GAMURScom.
Patrick Cowley can be contactedon Twitter, @PtrckCowley.