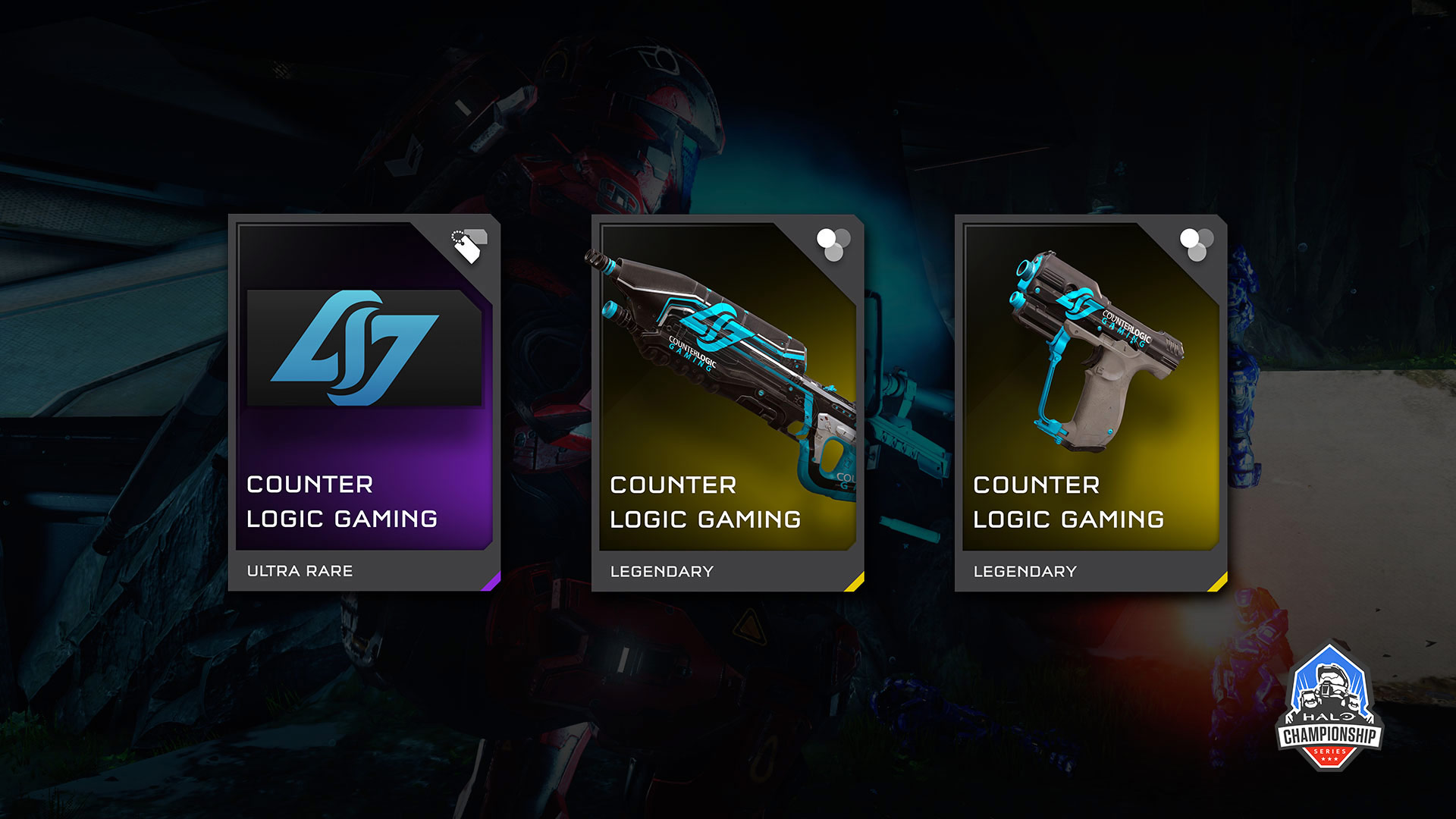 The first wave of HaloChampionship Series team themed REQ packs have made their way intoHalo 5 through today’s update. Fans will be able to purchaseREQ packs that feature an icon and two weapon skins, (one for theAssault Rifle and one for the Magnum), for one of three teams.Included in the pack is also two other HCS themed skins, mostlikely the exclusive HCS Contender Skins. These skins are exclusiveto the HCS packs and are not available in the normal pool of REQpacks.

The three teams in this seriesare Counter Logic Gaming, Evil Geniuses and OpTic Gaming, the threeorganizations that arguably have the largest fan bases of any teamsin the HCS, whether in or outside of the Halo scene.

Packs are available only forreal money, specifically $10 USD. While in the past, event REQpacks such as the HWC pack were also available to purchase usingin-game currency, this set of packs offers a cut of the profit tothe teams themselves. Although the breakdown has not beendisclosed, it can be assumed that it is a significant portion, asthe team’s brand is the only selling point of theseitems.

Despite only three of the HCSteams being featured here, it has been noted that this is only thefirst series and more teams will be released. Similar systems, suchas the stickers in Counter-Strike, have become quite popular andearned a large amount of money for teams that was previouslyunimaginable. Hopefully, this will open more opportunities to HCSorganizations and their players.

No time frame for when thesepacks will go offline has been specificed, but it is better to pickthem up while you can because there is a good chance they will notbe around forever.

Thefull lineup of HCS skins and what they look like in game can befound here on the offical Halo Waypoint website.

Are you planning on purchasingany of these REQ Packs? Let us know in the comments below or tweetus @GAMURScom.
Patrick Cowley can becontacted on Twitter, @PtrckCowley.