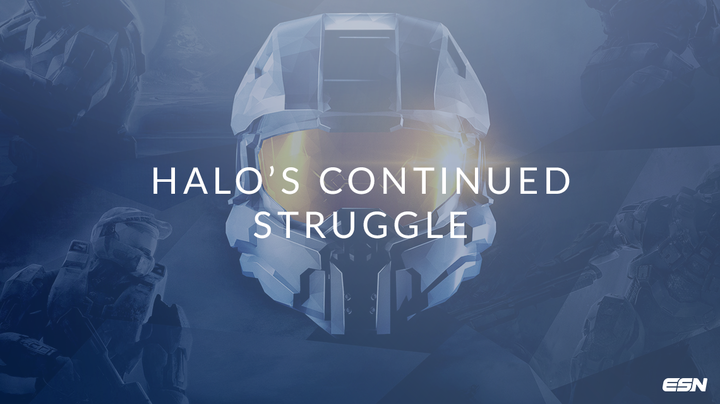 When Halo Master Chief Collection was first announced, pandemonium ensued all over the gaming scene. The return of the games that made Xbox and Xbox Live the thing that it is today. We all had flashbacks of the endless hours spent playing these classic titles, heading into work/school with bags under our eyes. 343 said all the right things heading into the release; bringing back a Classic Halo 2 ranking system, eSports being a big focus with developer support and even having a pre-release invitational that set the standards very high for the coming year of Halo.

Tuesday, November 11th, 2014 at 12:15 a.m. Like most Halo fans, I am staying up downloading Halo: MCC with my friends. Once it downloads, we try to head into a custom game (since Matchmaking isn’t ready). We are then met by various problems that won’t allow us to be in the same lobby. Of course, we are upset, but we realize that this is day one and we’re still hopeful. Fast-forward ten days and two patches later, we are still stuck with problems that will not allow players to play the game online. Matchmaking is not working and players are not able to stay in a custom game together. Fast-forward further, patch after patch, and still no progress seemingly made towards having the game that was promised to us. We start seeing refunds being offered, further reassurances made, and apology after apology being made to the fans. Today, May 28th 2015, it has been six months since the release of Halo: MCC. Matchmaking is still flawed. Players are randomly disconnecting, losing their ranks, etc. We have seen a fair amount of eSports tournaments as well as a grand final held at PAX East; but due to the game only having three decent remastered maps, it has grown stale very quickly. 343 has made promises of including new community-made maps, which we have not seen yet. They have tried to force Ricochet on us, a game mode that no one in the competitive Halo scene wants to see added. Halo: the Master Chief Collection was supposed to provide a year of excitement, as well as a year of rebuilding the Halo fan base that we once saw back in the early Halo days. Instead, we have seen a solid six months of disappointment, resulting in the game’s population dropping drastically low. These last few months before Halo 5 releases, we need to see some progress. With big names still in the scene, as well as organizations like CLG, Liquid, EG, Cloud 9 and Denial with Halo teams, this is the time to really grow. Halo pros have the right, supportive group behind them with the platform to succeed. All they are lacking is a quality game.