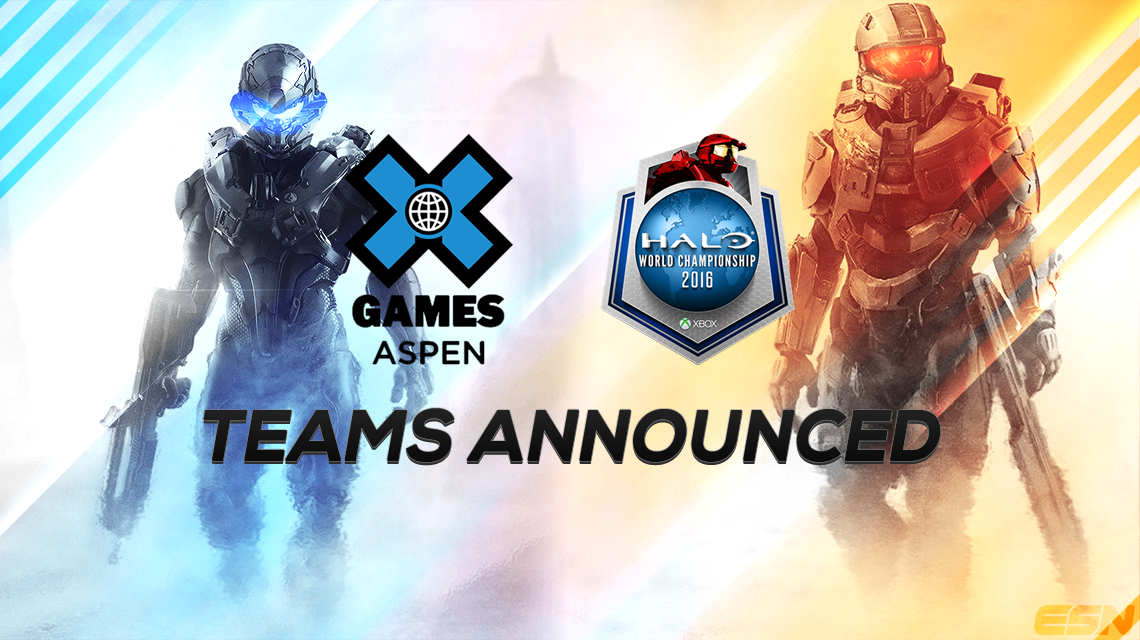 ESPN X Games, together with Microsoft, have officially announced the eight teams from around the world that will participate in the Halo World Championship Tour: X Games Aspen Invitational. The event will begin on Jan. 28 and conclude on Jan. 31. The teams that will be competing on Halo 5: Guardians at the X Games Aspen 2016 for their chance at a gold medal are as follows:

These teams will compete in a single-elimination bracket format at the X Games Aspen for not only medals, but also for a share of the $30,000 prize pool. While the teams will continue to participate in the Halo World Championship, the X Games Aspen Invitational will not contribute points for their placements in the regional finals. Competition will take place at The Gaming Shack located at the X Games Aspen festival villages. This will be the first time segments and highlights of the eSports competition will be added to the ESPN telecast. You can also watch the event live on WatchESPN, Twitch.tv/Halo and mlg.tv/halo. Are you excited to finally see eSports broadcasted on one of the biggest sport channels out there? Who are you rooting for to get the gold? Let us know on Twitter @eSportsNation or in the comments below.