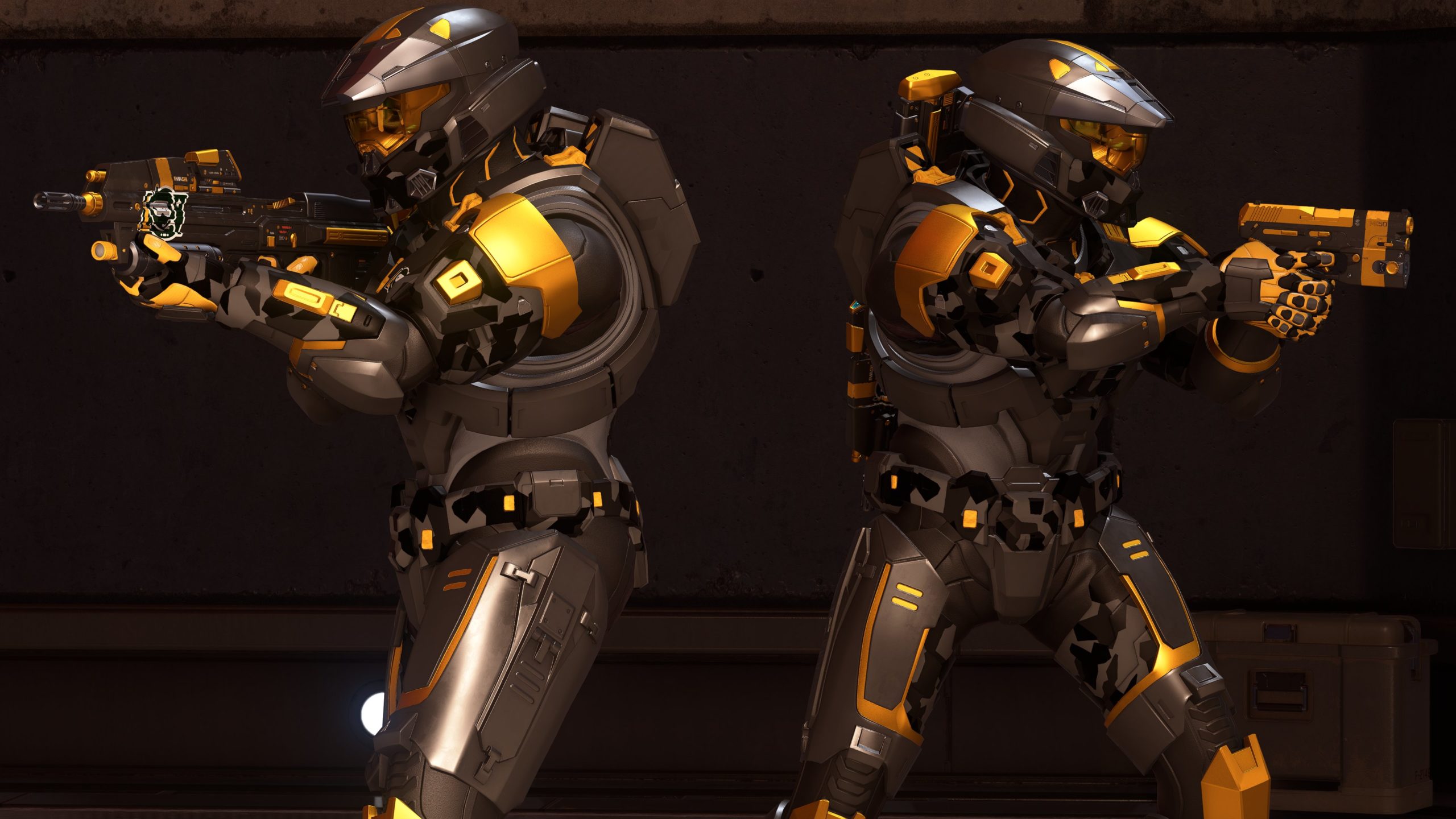 Season two of Halo Infinite’s multiplayer, titled Lone Wolves, is launching on May 3, and alongside the plethora of new content comes a new collection of esports skins. Revealed at HCS Kansas City this weekend, the skin bundles will be based around the same set of partnered organizations but offer cosmetics for new parts of your arsenal.

One of the major selling points of these new esports bundles is the Warthog skins that come with them, allowing you to spruce up your ride in Big Team Battle with the colors and insignias of your favorite HCS teams. While the gold-and-black palette of Spacestation Gaming or Sentinels’ white and red stand out as two vehicle paint jobs that have universal appeal regardless of the player’s interest in esports, each team’s unique looks and flair will be sure to stand out from the often more drab vehicle customization options available in the premium store normally.

The bundles also feature weapon skins for the Assault Rifle and Sidekick to match the Battle Rifle skins available in season one’s team bundles. With the majority of Halo Infinite’s social playlists featuring Assault Rifle and Sidekick starts, it’s sure to entice more casual players who follow the tournaments but engage less with ranked and its Battle Rifle starts. To complement your new gun looks, each bundle also comes with a weapon charm of the organization’s logo.

The new team bundles will go live when season two launches on May 3, replacing the season one store. If you’re looking to kit out your Spartan and Battle Rifle with team colors, make sure to purchase the bundles of your choosing before they go away on Tuesday. The season two bundles will most likely have the same price tag attached to them, costing 1,000 credits each, with a portion of the proceeds going into HCS tournament prize pools.

HCS Kansas City is live all weekend on the Halo Twitch channel, with $250,000 on the line and both North American and international teams present. Pool play concluded yesterday, and the championship bracket begins later today at 12pm CT.