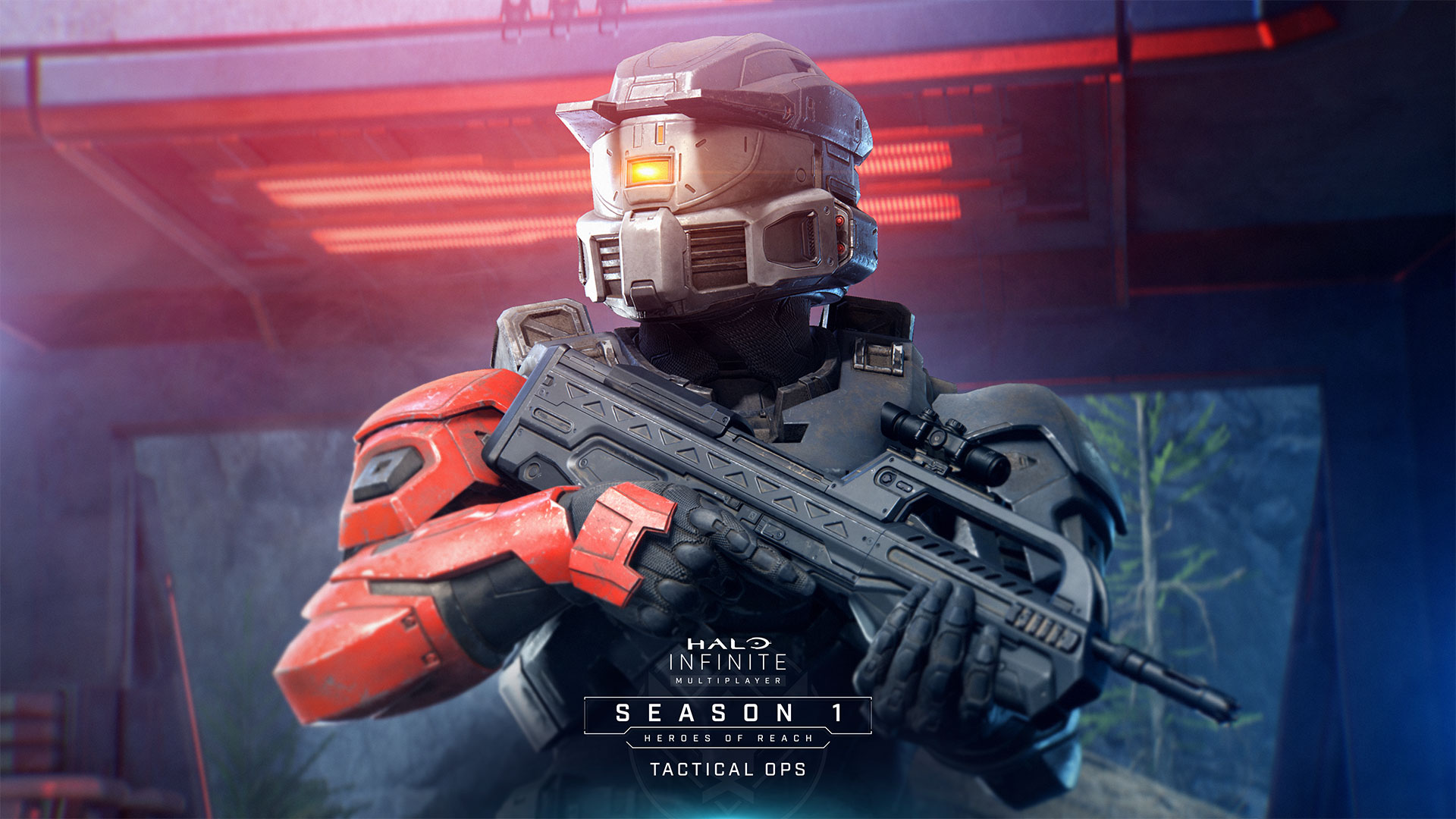 Halo Infinite players looking for new ways to spice up their Mark VII Spartan’s wardrobe need to look no further than the game’s newest free event titled Tactical Ops. Tactical Ops is the fourth event of its kind in season one and offers 10 unique cosmetics in a limited-time event pass for completing challenges in a new Tactical Slayer playlist.

Similar to Cyber Showdown, Tactical Ops will run for two weeks, giving Infinite players ample time to take on its challenges and reap the rewards before it all goes away. The event’s Tactical Slayer playlist is much the same as its standard variant, featuring nothing but you, your weapon, and limited health. The unique twist during Tactical Ops is a wider pool of precision weapons. You’ve proven you can aim for the head with a Battle Rifle, but how about a Sidekick? What about the Mangler? Event challenges are all tied to getting kills with each of these weapons and proving your mastery over the precision weapon sandbox.

Here are all the variants of Tactical Slayer that will be available during Tactical Ops.

Only the Battle Rifle, Sidekick, and Mangler variants will be in the playlist for week one, with Commandos and Stalker Rifles being added in week two.

When it comes to the rewards you can earn for free by completing challenges, cosmetics in the Tactical Ops event pass include a new Scorpion Punch armor coating and Mark V Zeta helmet for your Mark VII Spartan. Armor and weapon attachments make up the rest of the event pass alongside new ways to spruce up your Spartan ID.

The Tactical Ops event is live now in Halo Infinite and will run until 12pm CT on March 22. Dive into the featured Tactical Slayer playlist today to start earning free rewards and check out the weekly premium store for additional Tactical-themed cosmetics.