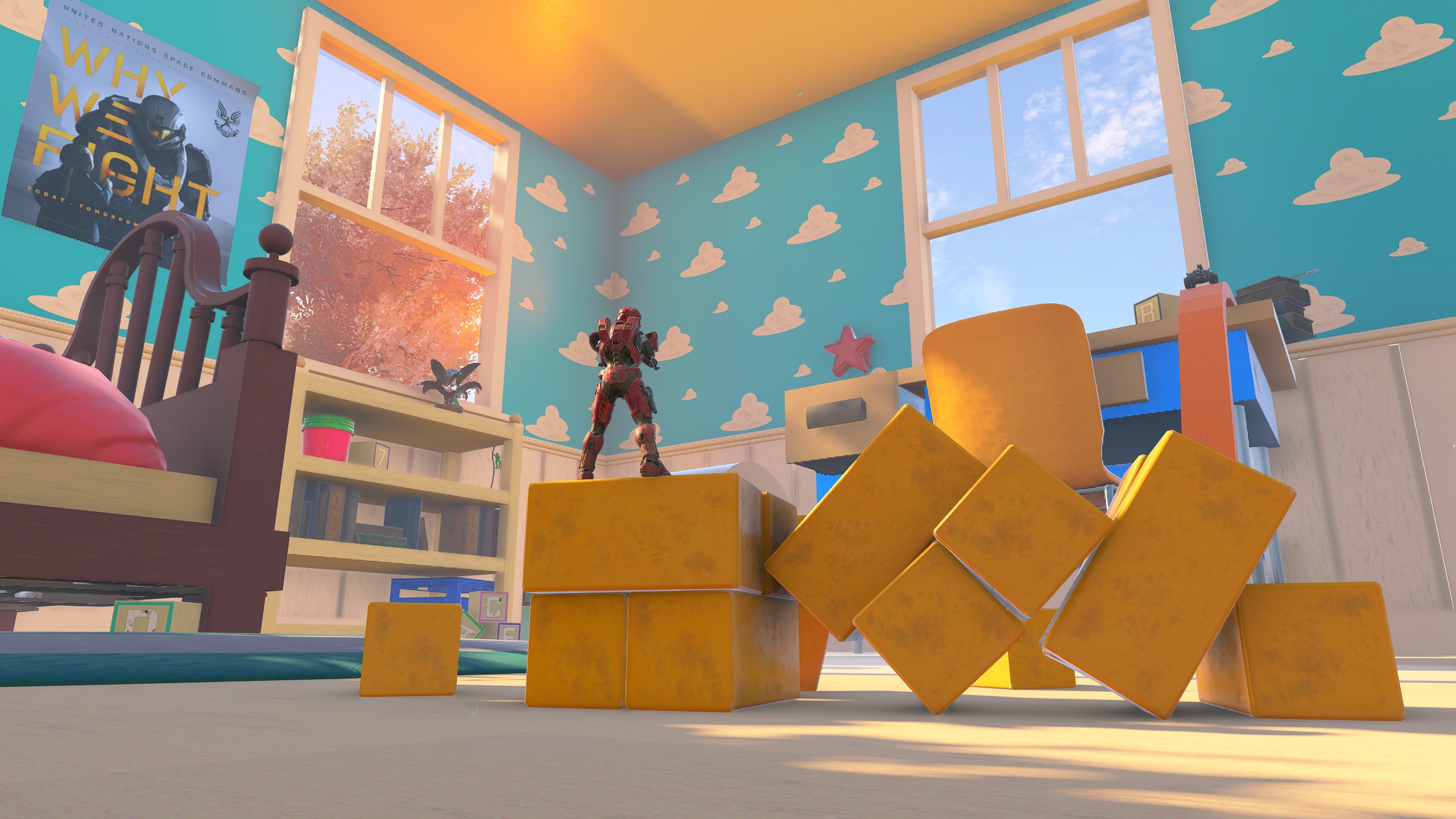 There are plenty of amazing Halo Forge creations out there, but one creator is taking the tool to new heights with a nostalgic recreation.

As shared by Jake Lucky, Red Nomster is in the process of creating Andy’s room from the Pixar movie Toy Story in Forge. Halo Infinite‘s version of Forge isn’t slated for release until Nov. 8, but in the comments on his tweet, Red Nomster revealed that modders discovered a way to access the tool early.

Alongside his tweet, he shared a video of the build, which included the room’s iconic cloud wallpaper and star-print ball. Everything is much larger than Master Chief, which helps reinforce the sense that you’re a toy. The bed acts as the red base, while the desk is the blue base—it is still a Halo map, after all.

The room has plenty of fun interactive elements. In his video, Red Nomster showed off a large game of Jenga that can be played by hitting blocks with melee attacks. There’s also a Hot Wheels-style ramp that can be driven down with a Warthog. The build as it stands now took Red Nomster about 50 hours to create, according to Lucky. He believes he’s about halfway done and he plans on adding plenty of other details to the room as he continues.

Fans interested in watching Red Nomster finish the room can check out his Twitch channel, where he livestreams his work. In the past, he’s built Forge levels that focus on underwater exploration and noir mystery, among others.