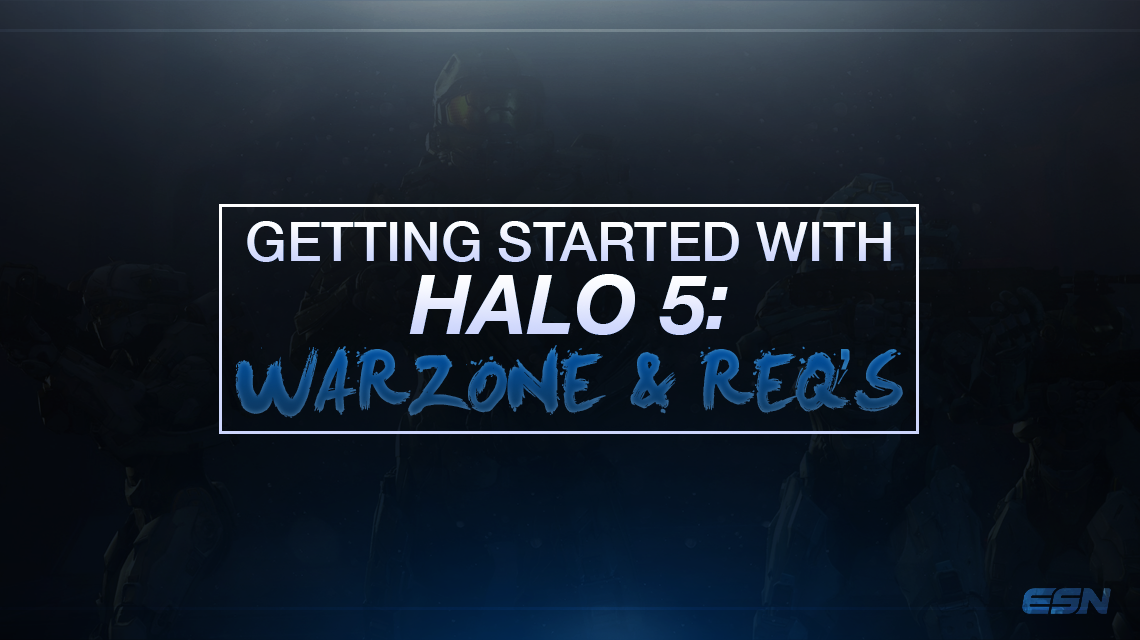 Back in June at the Electronic Entertainment Expo, Microsoft Studios revealed to the public Halo 5: Guardians’ new multiplayer mode, Warzone, as well as the new Requisition (REQ) System. With the impending release of H5 only a month away, now’s a good time to get up-to-speed on two of the newest additions to Halo multiplayer.

https://twitter.com/Halo/status/610562164986806273 Based on its promotion, Warzone is H5’s not-so-secret weapon. Similar to Firefight’s introduction in Halo 3: ODST, Warzone was designed to create an entirely new multiplayer experience independent of the classic arena combat most players have come to expect from Halo. The premise of Warzone is this: two 12 player teams battle against each other for dominance in one of two gametypes. The first gametype equips each team with a single base; players battle against both the opposing team as well as AI characters with the first team to reach 1,000 victory points (VP) coming out victorious. The second gametype is void of AIs, and the teams strictly battle against each other for control over multiple bases which they must capture and defend in order to score. Last week, 343 Industries released a blog which offered up more details regarding the REQ System as well as offering up specific REQs. Simply put by a video that accompanied the blog, the REQ system is “how players are rewarded in Halo 5 multiplayer.” https://www.youtube.com/watch?v=eN_tD5y6k6s Let’s break it down quickly: REQ cards are split up into two types: permanent or single use. As you can imagine, permanent REQs can be used indefinitely and include items such as loadout weapons, armor mods and weapon skins. Single use REQs can only be used once and include items such as power weapons, vehicles and power ups. If you decide you have no use for a REQ card, you will also able to convert them directly back into REQ points. In the name of fairness, while all REQs can be used in Warzone, only cosmetic REQs can be used in Arena. Cosmetic REQs are items that don’t give the player any extra advantage; this helps to keep the playing field even. Examples of cosmetic REQs would be weapon skins, armors, visors, helmets and stances. In Warzone, however, all REQs are fair game, but there is a specific process that needs to be followed to activate vehicle and weapon REQs in a match. In order to redeem a REQ, you must visit a REQ station; REQ stations are generally located within each base. Throughout the game, players will notice a bar on the lower portion of the screen; this is the player’s REQ level, and it will level up based on their performance. Each REQ card requires a certain REQ level in order for it to be redeemed; when you redeem a card, you must spend the corresponding number of levels. The more powerful the weapon, the more levels it will cost. This system ensures that no one can spawn and immediately have access to their entire arsenal of OP REQs. https://www.youtube.com/watch?v=l6txlsc2HT4 While Warzone’s existence as a multiplayer mode doesn’t have a direct impact on competitive Halo, the repercussions of its success are likely to resound throughout the community. Competitive Halo is trying to rise back up to its former glory and making H5 a game that anyone can enjoy playing is vital. Whether they’re playing Warzone or Arena, exposure and consistently high populations can only be a good thing. It has been stressed before that Halo multiplayer has a substantial skill gap which makes it easy for casual gamers to become discouraged in 4v4 multiplayer battles. Warzone gives players an opportunity to build their confidence against other players and AIs without fundamentally altering Halo’s skill-based foundations. REQs are also another attraction that will add to H5’s popularity. Other competitive FPS games such as Counter-Strike and Call of Duty long ago introduced character and weapon customizations. While previous Halos have offered a handful of armor options, H5 will be launching with over 1,000 REQ cards with hundreds more being added in the months following its release. Players will have access to an arsenal of new helmets, armors, visors and weapon skins. It also doesn’t hurt that a percentage of money earned through REQ pack purchases will go towards the Halo World Championship prize pool. With a guaranteed one million dollar minimum, the incentive to start competing is higher than it has ever been. Like each Halo before it, H5 is already striving to provide its audience with more than its predecessor. Warzone and the REQ system are completely new additions that are aiming to reignite the public’s passion for Halo as well as help maintain the current community’s dedication to the franchise. Since its announcement, 343 has been adamant about hyping up Warzone from anything as small as releasing gameplay footage to as big as creating a 90,000+ Mega Bloks replica of one of the maps. Now, with four and a half weeks until launch, there’s still plenty of time for more H5 reveals before the game drops on Oct. 27. Check back here next week for more Halo 5 coverage. Until then, make sure to keep up with all the latest halo news by following @ESNHalo on Twitter.