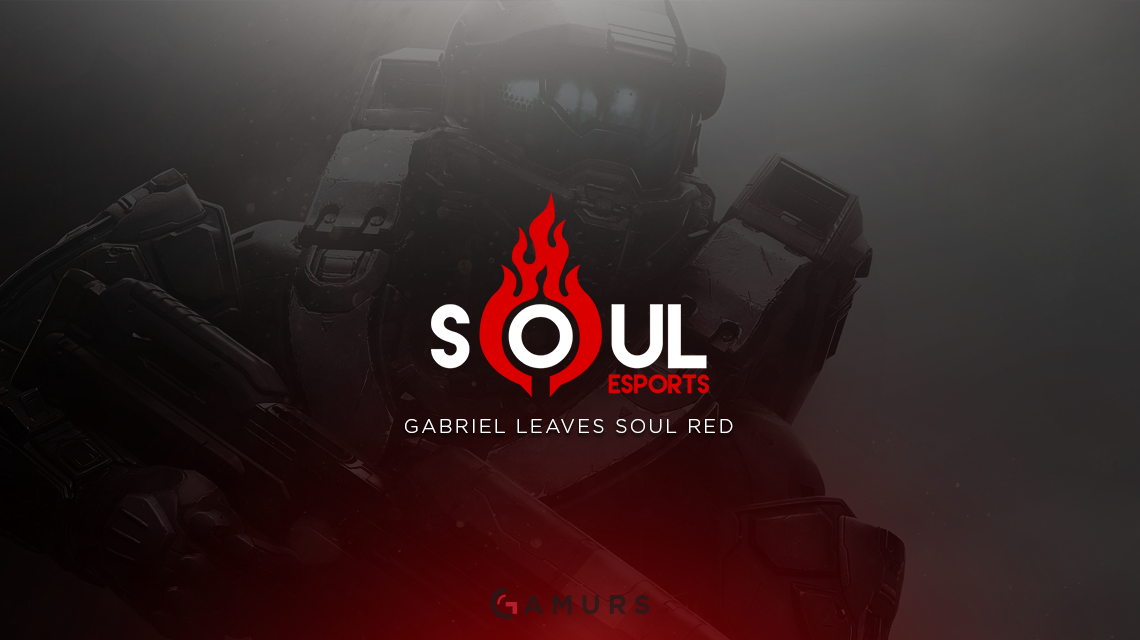 Gabriel is known by many to beone of the most talented individual players in the scene. Having agreat ability to consistently slay no matter what team he is on,Gabriel can easily become an important asset to any team and afterhis surprising departure from the once promising Soul Red team,some may wonder what’s next for him.

Gabriel may not be a householdname to most competitive Halo fans but he has been a competitor forquite some time. His path to go pro began all the back in 2011 atMLG Dallas with his team known as Severance consisting of Keke,Monix, Phaint and himself. He would earn a promising 18th placefinish, giving him the opportunity to team with well-known prossuch as Prototype and Brake throughout the Halo: Reach season.

In the beginning of theHalo 4 season, Gabriel made it his goal to be knownthroughout the scene by consistently breaking into the top 8 inevery event he attended, solidifying his status as a pro player. Hewould come close to achieving his goal of winning an eventat AGL Atlanta, hislast Halo 4 event, with his team Severance consisting of PROVERB,Spartan, Goofy and himself, but finished in 2ndplace.

Once HCS Season 1 was announced,Gabriel was one of the top prospects. With so much talent to offerand after a pretty impressive Halo 4 season, Gabriel was hopingthat Halo 2:Anniversary was hisgame to shine in. He would play under Team eLevate throughout allfour H2Aevents he attended, which was thefirst serious organization he would represent in competition. Histeam performed well, breaking into the top 8 in every event exceptfor Iron Games Atlanta 2015 in which they placed9th-12th.

Gabriel would take a break inHCS Season 2 but would come back in HWC Season 1 with his teamconsisting of Hoaxer, Mr Blakerz, King Nick and himself underAstral Authority. This team had a strong late run in the last fewOnline Qualifiers, allowing them to qualify for the HWC NA RegionalFinals of 2016. Unfortunately, they could not break into the top 8to earn a spot in the Halo World Championship.

Now that Gabriel has left SoulRed, many were wondering what’s next for this talented player.Shortly after he left Soul, Gabriel made this tweet:

It is uncertain if Gabriel willstick with these two players for the up and coming ChallengerLeague, which we are still waiting for 343 to shed some more light on, but what’s forcertain is that both Godily and Brainstorms are two very surprisingchoices for Gabriel. Although I have personallyknown Godily  since Halo 4 and I am aware that he is a solid player, Ihave never heard of Brainstorms and neither of these players havesolidified themselves in the scene just yet. It is very possiblethat Gabriel may see some potential in these players that no oneelse sees but to think that Gabriel has gone from being one of thetop prospects to running with amateur players in a ChallengerSeries makes me think that he is downgradingsignificantly.

Only time will tell if this movewill pay off and with a lot of time until this Challenger Series -Gabriel will have all the time he needs to get his teamready. What do youthink about Gabriel leaving Soul to form this new team? Let me knowin the comments section below.