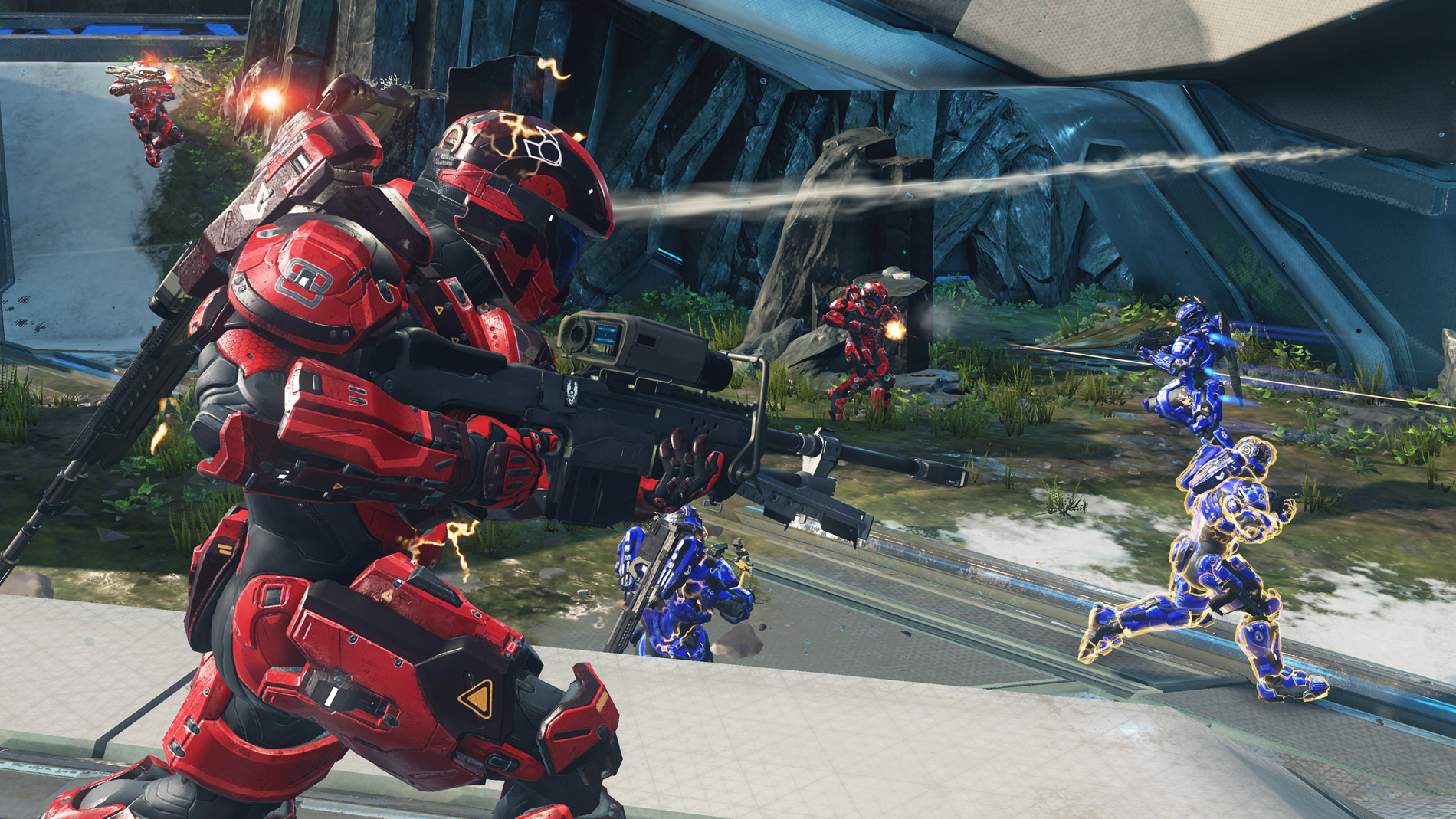 Game mechanics are always one of the most heavily debated topics in the competitive Halo scene. Title after title, a new wave of critiques emerge from the community, giving their feedback on what the developer did right or wrong. These constant rebuttals often get debated within the community, but over time, as the game ages and new adjustments are made, the majority of the community is able to accept what most would consider to be a counter-offer of a game that isn’t exactly what they wanted, but is enough to satisfy the majority.

Back in the day, we would see this happen to every Halo title, as MLG and Bungie did their best, using the resources they had, to create a game that would improve on the critiques that the majority of the community stated. The greatest example of this is Halo: Reach, as MLG worked tirelessly to make the game suitable for the community’s desires. Changes in sprint, reticles, maps and armor abilities made the game feel completely different compared to the launch title. In the end, thanks to the help of MLG, Bungie and the community, a new game was made that was able to satisfy the community for the time being.

Thanks to the immense level of dedication from the community, pros and media, Halo 5 is continuously facing the same level of mechanical critiques, even without any sign of change to come. Sprint is constantly being debated within forums and other forms of social media, keeping the topic alive and relevant. A fair argument can be brought up that these constant debates are not convincing the developers that sprint needs to be removed from competitive play, therefore we should just accept the game for what it is. Another fair argument that can also be made, however, is that the community’s forced silence due to a lack of developer interest is one of the most frightening scenarios that can ever happen.

At this point, due to my unfiltered and unapologetic statements on sprint, most should know by now where I stand on it. I believe it is a mechanic that works fine with the current game and should be left alone. However, this piece is not about my thoughts on sprint, it is about the community’s relentlessness in making the game feel exactly how they want it to feel.

Thanks to the work MLG has done in the past, our community has developed a bit of an ego, where many people feel entitled to get exactly what they want. This leads to fans showing severe signs of disappointment when 343 introduces features that may not be correlated to what fans initially wanted. Halo 5, like every other title, faces this exact scenario where the fans want changes made to sprint. The major difference now compared to the past is that ESL, who in this scenario would act as MLG in the sense of being the tournament provider for the competitive community, doesn’t seem to be as willing as MLG was in the past to push 343 to make severe changes to sprint.

When people ask me why I feel change isn’t necessary, I often bring up the fact that the vast majority of maps simply don’t work well for sprint, and due to the fact that forge maps can’t run on LAN due to technical difficulties, it makes it unethical to remove sprint from the game. I personally believe that this is also 343 and ESL’s reasoning to not make a change to the current mechanic, even with the tension seemingly getting stronger.

My fear is that as time goes by, and as more popular figures continue to push for Halo 5 to have no sprint, this tension will eventually reach its breaking point and an uncertain level of chaos may erupt over something so miniscule compared to the chaotic outcome. It is certainly clear that some level of action needs to be taken to end this push for no sprint, but what solution seems more ethical is up in the air for the entire community to decide.

If you were to ask me, I would say that fans should transition their energy invested in attempting to remove sprint in Halo 5 to pushing for 343 to not have sprint or at least create maps that can work without sprint in the next Halo title. It is speculated that one of the primary reasons 343 pushed to include sprint in their game in the first place was to build an even larger fan base by including features commonly used in traditional first person shooters, such as sprint, to make the game more welcoming to newer fans. With 343 having a much more established presence in the competitive scene now compared to our recent past, I believe that it would be significantly easier now to not include sprint in the game without losing fans.

These are just my thoughts and I am interested in hearing yours. Let me know what you think about the community’s constant push to get “no sprint” in competitive play once again.

Images via USGamer, That VideoGame Blog and 343 Industries.