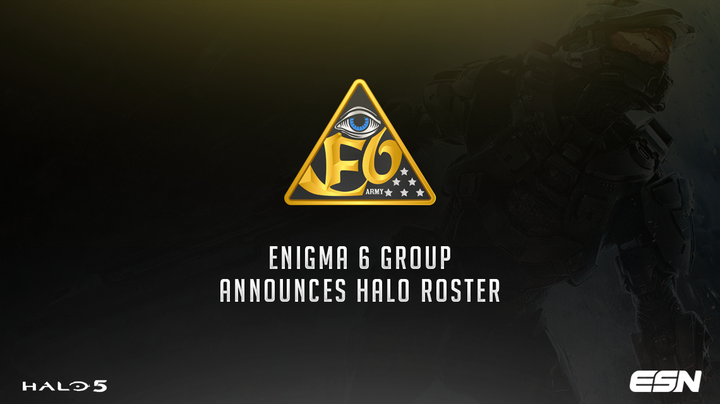 https://twitter.com/enigma6group/status/719654482687070209 This comes after Huke and bubu dubu placed 3-4th at Halo World Championships with Denial eSports. The duo was later released by Denial on April 9, due to wanting to pursue other opportunities. Huke is no stranger to E6, having previously been part of their Call of Duty Youth Team. https://twitter.com/DenialEsports/status/719278805169369089 https://twitter.com/DenialEsports/status/719280213612478464 Cratos is also a major name in Halo eSports, having earned a 2nd place finish at HWC with Team Allegiance. He left the team soon after due to disputes with the organization. https://twitter.com/CHInStiiNcT/status/712704379153883136 Shooter was previously with Winterfox, who did not qualify for HWC due to a 9-16th placing at HWC 2016 NA Regional Finals. Cratos and Shooter joined up together as free agents because they teamed together in the past. This newfound team will certainly have high expectations due to their well-known players and recent individual successes. What do you think about E6 picking up a Halo team? Will they produce, or will they flop? Let us know in the comments below or on our Twitter – @eSportsNation, and be sure to follow us to stay updated on all of your eSports needs.