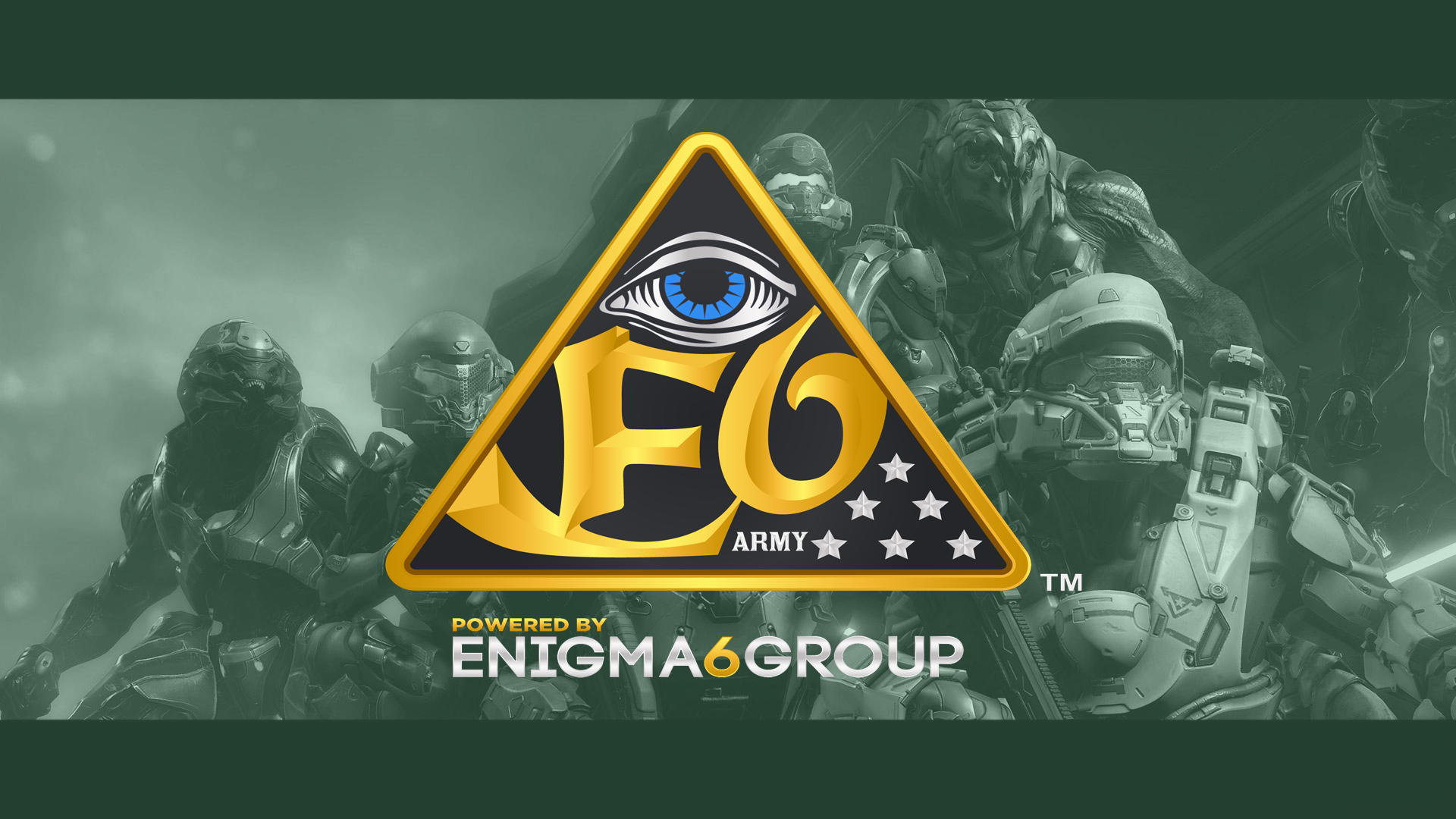 Enigma6 Group has put together their first competitive Halo team. Featuring the talent of Cratos, Huke, bubudubu and Shooter, the team aims to compete in the upcoming pro league and beyond. The announcement came in the form of a tweet from Enigma6, as well as a video by Cratos.

The team formed out of Cratos’ desire to start his own team. He first recruited Shooter, a long time friend of his. The two quickly met up with bubu and Huke, a team of two who had recently departed from Denial eSports together. The team then approached Enigma6 Group and signed with them almost instantly. The players also had an easy connection to the organization as Huke played with them for several months while pursuing professional Call of Duty. This appears to be a very talented roster. Playing with Denial, Huke and bubudubu finished in 3rd/4th at the Halo World Championship, walking home as a team with $250,000. Cratos was also extremely successful, placing second with Team Allegiance. Shooter, however, did not make it to the event as his team, Winterfox, only finished in the top sixteen at the North American regionals. Cratos and Shooter first teamed together in Halo: Reach, all the way back in 2011. They played together again during the Halo 4 days, over the course of both these games being known as “Crowd Pleasers”. What do you think about this new team? Let us know in the comments below and remember to follow us here at eSports Guru for all your competitive Halo roster and team changes! Patrick Cowley can be contacted through email at [email protected] or on twitter, @PtrckCowley.