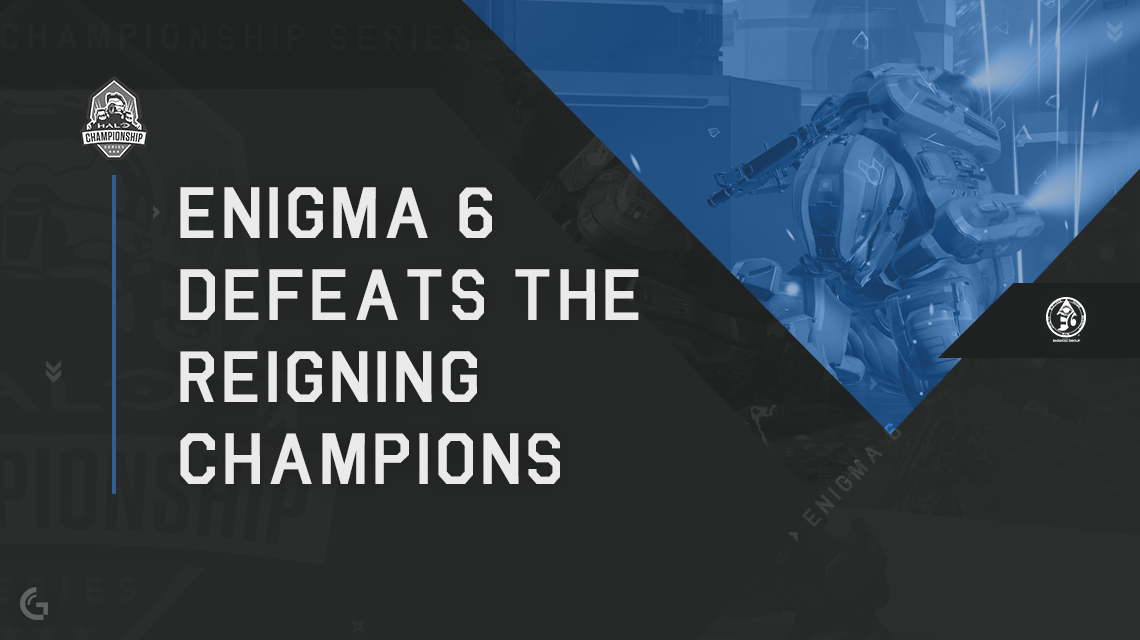 For several months, CounterLogic Gaming has been viewed by many as an unstoppable beast thatsimply couldn’t be tamed. The perfect combination of youngtalent and veteran leadership, CLG look to be a championshipcalibre team designed to last. Several teams in the Halo ProLeague have struggled against this squad, but a young team by thename of Enigma6 may have just found CLG’sweakness.

In yesterday’s Pro Leaguematch, Enigma6 took on CLG in their eighth match of theseason. After defeating EnVyUs in a very close series the nightbefore, CLG came in knowing that E6 had the confidence they neededto break CLG’s streak. What was expected to be anentertaining match with several close games turned into a lopsidedwin in E6’s favor. With the only close match being RigSlayer, the only game CLG won, E6 showed us last night that theyhave all the tools necessary to defeat this CLG team and challengetheir crown.

This Enigma6 roster, consistingof Carlos “Cratos” Ayala, Cuyler“Huke” Garlad, Jesse“bubu dubu” Moeller and Ryan“Shooter” Sondhi, started off as a bit of anafterthought in the beginning of the season. With so much youngtalent and not enough veteran leadership and guidance, many wereconcerned that this team wouldn’t succeed due to rookiemistakes. Although this was the case in the beginning of theseason, E6 has really gotten their act together and is now startingto look like a championship calibre team.

By having four solid slayers ontheir roster and no real support or objective player, E6 has a verystrange roster that on paper doesn’t look to be capable of doingthe things that they have done against a team like CLG. The playerson E6 are truly unique to be doing what they are doing and theirtalents should be able to take them a long way. Whether or not theycan defeat CLG on LAN is a completely different subject that hasyet to be seen, but this win should give E6 the necessary momentumboost they need to fight through the rest of the competition thisseason.

What do you think about E6defeating CLG in their Pro League match? Let me know in thecomments section below.